FC Porto stretch lead at the top after Portimonense stun Benfica, while Sporting and Braga return to winning ways 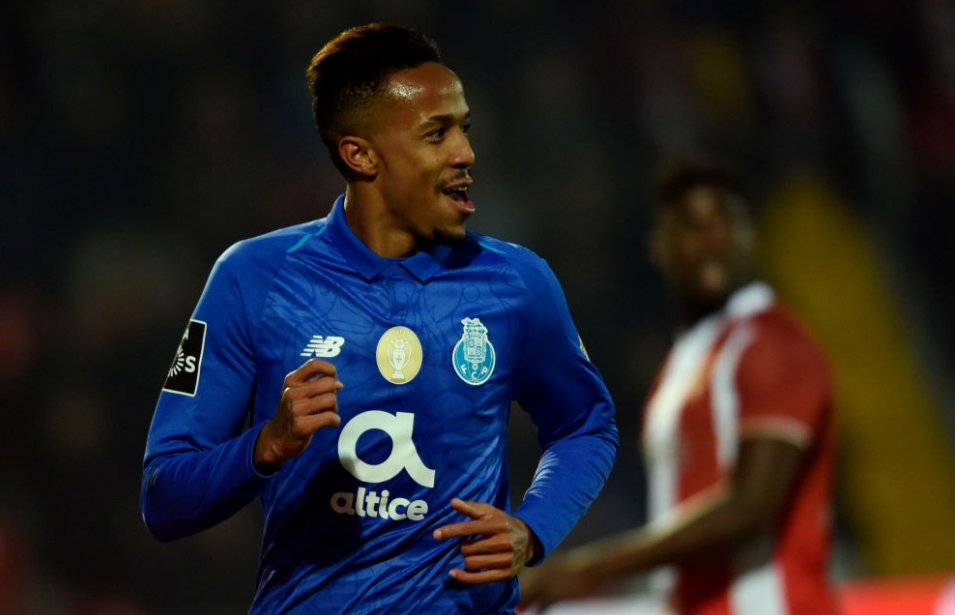 With the festivities firmly behind us, Primeira Liga football kicked off a jam-packed January for our Portuguese clubs with a quick midweek round of league fixtures, delivering the shocks early with a 2-0 defeat for ten-man Benfica against Portimonense that spelled the end for Rui Vitória at the Luz following his departure on Wednesday night.

FC Porto appreciated the debacle, increasing their lead at the top of the table to five points with a narrow 1-0 win versus Desportivo das Aves after Sporting, now second, managed to defeat Belenenses 2-1 at home.

Also back to winning ways and able to overtake Benfica were Sporting de Braga, who welcomed Marítimo to the Estádio Municipal before dispatching the Madeiran outfit with a 2-0 score-line, subsequently claiming third place. Here's a wrap of the latest action the top of the Liga NOS table.

After their 6-2 capitulation at the Luz, the ‘Arsenalistas’ had already treated their fans to a comprehensive 4-0 triumph versus Vitória de Setúbal in the Taça da Liga, but they’d settle for no less than a further victory to get their league form back on track.

Braga took just eight minutes to find their way against a visiting Marítimo side, as free-scoring centre-half Raúl Silva rose highest from a corner to glance a header in at the far post.

Ex-Sporting man Wilson Eduardo threatened to double the score with a fantastic effort from range on the volley, hitting the top of the crossbar instead, but the forward would cause substantial damage with another volley in 12th minute, as he aimed this attempt low into the ground from inside the box before witnessing Aloísio turn the strike into his own net.

Braga kept plugging away in the second half in search of a third goal, with Wilson Eduardo again being reintroduced to the crossbar from a looping cross late on, but two goals would be all that the northern outfit would require to return to winning ways at the Estádio Municipal.

Even after a seven-game unbeaten streak at home, including big wins for Portimonense over the likes of Sporting and Vitória de Guimarães, Benfica came into this one as overwhelming favourites in their bid to start 2019 with a win.

It took just 12 minutes for those matters to complicate themselves, however, as a teasing Manafá cross from the left saw Ruben Dias attempt to thwart the danger at the near-post before diverting the ball away from the on-rushing Odisseas Vlachodimos, giving Antónia Folha’s side the lead.

Jardel came close to pulling a goal back for Benfica with his head in the 26th minute before sinking his side into deeper waters moments later in an effort to clear away Jackson Martinez’s lob at goal, as the Brazilian defender miscalculated his clearance to unintentionally nod the ball into his own goal and make it 2-0 for Portimonense.

The problems intensified for the Eagles in the second period following Jonas’ red card for a high foot on Portimonense goalkeeper Ruben Ferreira. A handful of saves from Vlachodimos stopped the score being inflated further, but that was all he could do, as another uninspiring performance proved to be the final act of the now axed Rui Vitória.

Following Benfica’s slip-up in Portimão, there was a handy opportunity for Sporting to reclaim second spot with a win against one of their historic cross-city foes, 8th-placed Belenenses.

After Nemanja Gudelj promised to give the hosts the lead with a shot saved by Muriel, Belenenses looked to rise to the occasion and came fractions away from taking the lead themselves, as Fredy intercepted a slack Marcos Acuña pass before racing away at goal and striking his shot against the near post.

Sporting’s Nani was replied by also hitting the post just before half-time, with neat combinations around the 18-yard-box enabling the veteran the space to unleash a deflected effort against the woodwork in the 35th minute.

The goals were reserved for the second period, courtesy of Abdoulay Diaby’s patience in awaiting Bruno Gaspar’s overlapping run in the 57th minute, the right-back producing a strike into the top corner, via Vincent Sasso’s unsuccessful block.

Sporting added greater comfort to their lead with a fantastic strike from range by 19-year-old Miguel Luís in the 81st minute, moments before Fredy could pull a goal back on the rebound late on. The score would remain at 2-1, however, allowing the Lions to climb back up to second and apply pressure on league leaders Porto.

Yet another side hoping to take advantage of Benfica’s demise versus Portimonense, victory for Porto away to Desportivo das Aves would see the Dragons extend their lead at the top to five points, ahead of Sporting.

In a bid to get there, Porto were tasked with overcoming both Quentin Beunardeau and the post, as Tiquinho Soares and Moussa Marega would find out in the early exchanges of the encounter.

With 24 minutes on the clock, finishing duties were left in Eder Militão’s hands as Aves’ inability to fully clear their lines from a corner enabled the ex-São Paulo defender to go one-on-one with the goalkeeper and break the deadlock with a composed finish into the bottom corner.

The second period presented a far more muted performance from both sides as far as chance creation was concerned, but Sérgio Conceição’s men wouldn’t leave Vila das Aves without a scare, as Nildo Petrolina stunned all with a free-kick crashing against the crossbar in the dying embers of the game. 1-0 is how it ended, however, strengthening Porto's lead at the top.