The first three rounds of Primeira Liga are over with Sporting and Famalicão as the front-runners – an outcome few would have predicted before the big kick-off. Sporting and Porto were the big winners last weekend, the Lions winning 3-1 against Portimonense in the Algarve to go top and Porto beating Benfica 2-0 in the first clássico of the season in Lisbon. This weekend Portuguese football fans will be looking forward to a series of unpredictable and captivating matches.

Ready to try your luck and bet? Many fans will be checking out the predictions of the professionals and tracking the odds on the betting websites, before sports betting with cryptocurrency on their favourite Primeira Liga team.

On Saturday the standout fixture sees leaders Sporting host Carlos Carvalhal’s Rio Ave. The hosts will have to keep a close eye of Iranian striker Mehdi Taremi, who scored a brilliant hat-trick last weekend. Nevertheless, the Lions start strong favourites to clock up a third straight victory and stay top of the pile, and on the same day joint leaders Famalicão will fancy their chances at struggling Deportivo das Aves.

On Sunday 1 September three more matches are scheduled that promise to keep fans glued to their TVs, digital device screens or radios:

The match of the weekend takes place late in the evening with the Braga hosting Benfica. Champions Benfica are undoubtedly the stronger team, losing only one of their last 22 Liga games. However, that defeat was their most recent outing, against Porto last week, and the Eagles also have injury worries with central midfielders Gabriel, Chiquinho and Gedson Fernandes all out of action.

That said, in view of Benfica’s excellent results under young coach Bruno Lage, the terrific record of the Lisbon side at this venue in recent years and the fact Braga may be feeling a degree of exhaustion from their long trip to Moscow and draining Europa League exertions on Thursday, Benfica are placed at 1.59 to win the match, while odds on a Braga win are 5.25, and the match ending in a draw comes in at 4.00. 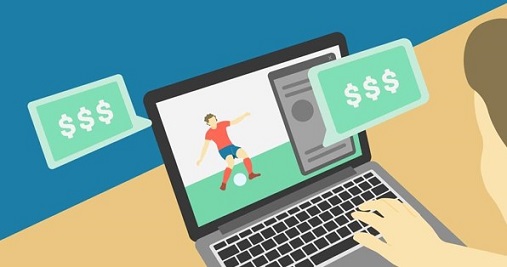 The Porto-Vitória de Guimarães match has also been subject to interesting analysis. Most gamers believe that Porto will win, evidently, given the Dragons are one of the favourites for the title and are playing at home. This explains why the odds of a home victory are only 1.16, while the odds for the match ending in a draw are substantially higher at 7.00.

As for a Vitória de Guimarães win, you can get a huge 16.25. While this shows the probability of this result happening is really low, one need only look to last season for proof that it is not impossible – Vitória came from two goals down to pull off a memorable win at the Estádio do Dragão one year ago.

The first match on Sunday will pitch Tondela against Santa Clara and forecasts that the match will end in a Santa Clara win or in a draw are almost equal - at 3.15 and 3.10 respectively. The side from the Azores acquitted themselves well to the top flight last season, and have started the new campaign reasonably well again, with one win, one draw and one defeat in their first three matches.

Accumulators are also popular bets, and betting on a Porto win, Benfica win and Tondela-Santa Clara draw give combined odds of 5.7 - a tempting punt.