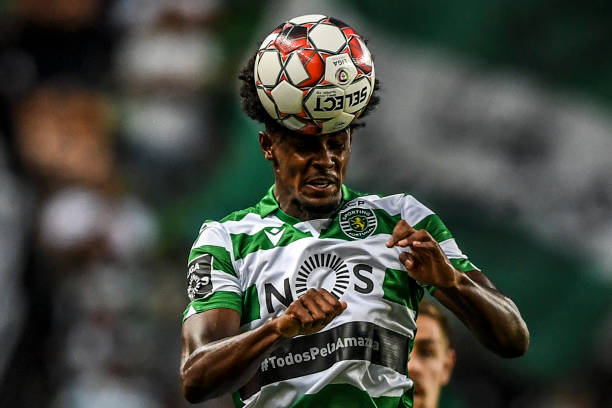 Never a dull moment at Alvalade. It was a hectic final day of the transfer window in the offices of Sporting Clube de Portugal as key players departed and three loan signings were made.

Raphinha, Abdoulay Diaby, and promising youngster Thierry Correia all exited the club while Jesé Rodríguez, Fernando, and, most surprisingly of all, Yannick Bolasie arrived at the Estádio José Alvalade on loan deals.

What transpired on a remarkable day will do little to convince critics of Frederico Varandas’ presidency, with the haphazard nature of the moves increasing doubts about whether he has what it takes to move the club forwards, all in the wake last weekend’s chaotic defeat to Rio Ave.

In a move that disappointed many fans, promising young right-back Thierry Correia, who had been at the club since he was ten years old, was sold to Valencia for €12,000,000. The youngster had started every game for Marcel Keizer this season, and although he had made a few mistakes typical of a young defender in his first full season, he looked like a hugely promising prospect and has been the only academy graduate to play regularly in 2019/20.

Indeed, Valencia seem to have got a bargain considering the potential of Correia (who was signed as a replacement for the injured former Sporting-man Cristiano Piccini) and it would be little surprise to see Correia involved in a much bigger Jorge Mendes-instigated transfer in the future. The move also leaves Sporting’s right-back slot covered by the injured Stefan Ristovski and the slowly-recovering-from-injury Valentin Rosier.

There was more bad news for Sporting fans with the departure of Brazilian winger Raphinha to Rennes in a deal worth €21,000,000. Like Correia, Raphinha had featured in every game this season, scoring twice with his goal against Portimonense in particular a real beauty. Although the price is relatively high for a Sporting sale in the post-Bruno de Carvalho era there is still the feeling that a much better deal could have been made.

One transfer that won’t anger Sporting fans quite as much is the loan departure of Abdoulay Diaby to Besiktas. The Malian forward rarely showed his best form for Sporting and the Turkish club, who recently got rid of Ricardo Quaresma, have the ability to make the option permanent for €5,000,000 in the future. Diaby and Besiktas will be facing Braga in the Europa League group stages this season.

Other news of departures included mutual terminations with Jefferson and Wallyson Mallmann, the latter had bizarrely been registered by Sporting for the Primeira Liga before being released. Leonardo Ruiz also completed another loan move away from the club, this time to Varzim.

Finally, an agreement was made between Sporting and Olympiacos over the transfer of Daniel Podence after the infamous summer of recessions last year. The Greek club will pay a miserly fee of €7,000,000 for the diminutive playmaker who has excelled with his new club.

However, it wasn’t all about the exits on deadline day; there were three new arrivals into the Alvalade, albeit only temporarily and all coming with some reservations from Sportinguistas. 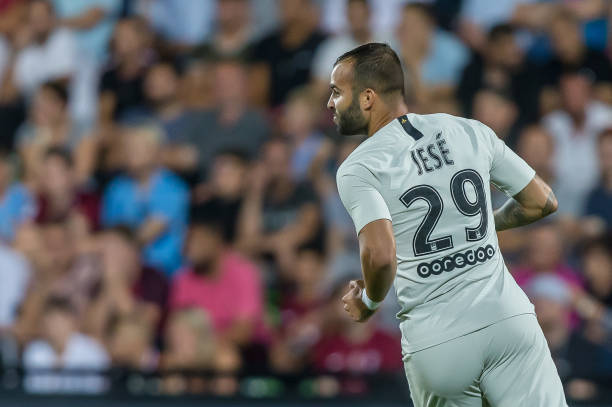 The first is the signing of Shakhtar Donetsk’s 20-year-old winger Fernando. The Brazilian arrived at the Ukrainian club in 2018 from Palmeiras and scored twice in 22 games in his first season. Sporting don’t have any option to buy the winger after his loan deal is over and it seems like a strange move to sign a young promising player like Fernando when Gonzalo Plata, Rafael Camacho, and Jovane Cabral fit that same description.

Next is the arrival of Jesé Rodríguez on loan from Paris Saint-Germain. The Spanish forward has yet to make the grade in France after being loaned out to Las Palmas, Stoke City, and most recently Real Betis – and has failed to convince in any of those moves. For a club that was so concerned about reducing its wage bill it seems a strange option to sign a mercurial player who has an annual wage of €6,000,000-a-year, although at least Sporting will pay just a third of that total.

Finally, in a loan deal out of left-field is the arrival of Yannick Bolasie from Everton. The 30-year old scored six times in his loan move to Anderlecht after having cut short his previous loan move to Aston Villa to try and make the cut at Marco Silva's Everton. The Bolasie deal sums up Sporting’s window well – a move made with seemingly no forward planning that will have fans worried about the future of the club under Varandas and the capabilities of director Hugo Viana.

Indeed, the whole affair asks more questions than it gives answers. Does the management have any faith left in Marcel Keizer after these transfers? Did keeping Bruno Fernandes mean sacrificing so many other players? Where is the replacement for Bas Dost? Has the wage bill really been reduced after these loan signings? And, where exactly is this money generated by the fire sales going?

What the heck is going on with Sporting? I haven't posted in forever here. But I'm not pleased with whats been going on. I personally loved Bruno de Carvalho and Sporting were great for many years with him coming close second couple times etc....

What the heck is going on with Sporting? I haven't posted in forever here. But I'm not pleased with whats been going on. I personally loved Bruno de Carvalho and Sporting were great for many years with him coming close second couple times etc. But I made peace with letting him go for his mistake in the outburst against the players. But I still believe everyone is human and makes mistakes in handling things and i forgive him. But honestly to me Bruno de Carvalho is a legend and I wish he was still President. With him and Jesus we would beat Benfica all the time, and I remember that one season where if it werent for Bryan Ruiz missing two clear cut sitters vs Benfica in the final game against them, Sporting would have won the title. I still can't forget Bryan Ruiz doing that smh lol.

Anyway I made peace and Varandas seemed a good guy and I was fully behind him giving him a fair chance. But things haven't been going as well as I had hoped. I am not happy at all about us selling Theirry, and Raphina. And how could we sell Bas Dost for such a small fee? Smh. I just read today that Keizer has rescinded. Maybe he was also not happy with the last minute manic sales which could totally unsettle our team. I don't know what their plan is. I want Varandas to do well I honestly do. But right now I'm unsettled. Come on Sporting lets get it together and lets win for goodness sakes!!!