FC Porto team of the decade 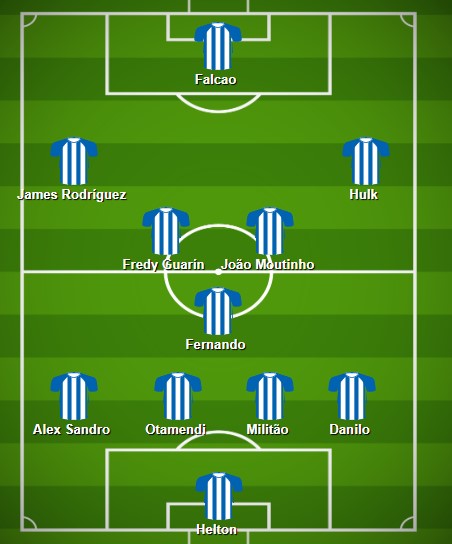 In the first of a series of “team of the decade” articles, PortuGOAL focuses on FC Porto with the aid of the excellent FCPortoGlobal twitter account, run by Simon de Sousa.

For the majority of the XI, Simon turns the clock back to the start of the decade, when the Dragons ruled the roost in Portugal, in particular the brilliant team coached by André Villas-Boas which played dazzling football both at home and abroad.

Stay tuned for Benfica, Sporting, Primeira Liga and Seleção team-of-the-decade articles in the coming days. Over to you Simon.

It was kind of easy to pick the squad. It’s heavily taken from the André Villas-Boas era for obvious reasons:

Porto’s team of the 2010s is heavily front-loaded because that is undoubtedly where we see a wealth of world-class talent and explains why the Dragons were such a potent attacking machine in the early part of the decade. An example of just how abundant the forward options are is the fact that Jackson Martínez, scorer of 94 goals in 143 games in his three seasons at Porto, does not make the cut.

Jackson is also squeezed out because it must be taken into account that the team prior to his arrival collected a raft of silverware. With the places of Falcao and Hulk unquestionable, fellow Colombian James Rodriguez gets the nod over Jackson. Porto was by far the most powerful team in Portugal at the beginning of the decade, winning the Europa League, Primeira Liga and Portuguese Cup under AVB, and despite the coach’s departure, going on to lift three straight Primeira Liga titles.

As for midfield, the only debatable midfield position is Fredy Guarín. Danilo is the only player from today’s side who has a shout of cracking the team of the decade, but it wouldn’t make sense to select him with Fernando already there. Mateus Uribe may see himself in the next decade’s squad if he stays long enough. As for Porto cult hero Lucho González, he had his best years in Porto pre-2010.

In goal Helton is an easy choice, winning many trophies with Porto, 18 in total. Danilo and Alex Sandro put in several solid seasons of service for Porto, working the flanks up and down, contributing in both the defensive and attacking aspects of the game. Militão is the only modern-era Porto player to crack the list. Real Madrid noticed his quality right away and bought him instantly. Otamendi edges out both Maicon and Rolando.

One need only look at the list of clubs this defensive quartet were sold to upon leaving Porto to confirm the seal of quality: Real Madrid - Manchester City - Real Madrid - Juventus.

Our thanks to Simon. To keep track of all things FC Porto, make sure you follow him on Twitter @FCPortoGlobal.