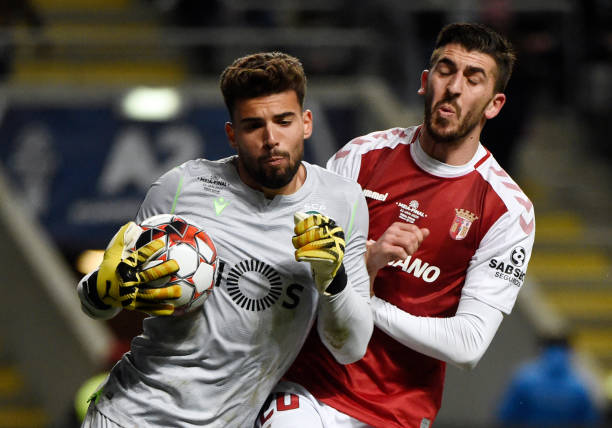 Sporting have been overtaken in third place of the Primeira Liga table after Francisco Trincão awarded Sporting de Braga, the new podium entree, a vital 1-0 triumph at home, this Sunday.

The two top three hopefuls played out a tight 0-0 draw going into the break, requiring Trincão to hop off the bench and unblock a victory for Rúben Amorim’s side in the 76th minute.

Closer to the top, Benfica were able to guard Belenenses away from a high-scoring draw at the Estádio da Luz on Friday night, winning 3-2 before second-placed FC Porto maintained a seven-point-gap from the top by handing Vitória de Setúbal a 4-0 thrashing away from home. Here’s all the action at the table’s summit.

In a return to the Estádio da Luz, it was widely-expected that Petit would unveil a compact and conservative XI to take on the thus far unstoppable Benfica in the Primeira Liga.

Both sets of keepers had their hands warmed up by free-kick attempts before Carlos Vinícius’ persistence, prior to good solo work from Adel Taarabt, saw the Brazilian striker break the deadlock in the 31st minute with a low drive.

Benfica’s Moroccan playmaker was there to double the Eagles’ lead seven minutes later, slamming home a half-volley from a knock-down and making it 2-0 prior to the interval.

Two big saves from Odisseas Vlachodimos kept Belenenses at bay in the second half but the Greek goalkeeper was left powerless in the 70th minute after Licá’s flick from a low-cross found its way into the far post to halve the deficit.

Chiquinho promised to wrap all three points up after rounding the goalkeeper and slotting in Benfica’s third in the 78th minute, placed in doubt only by a late penalty converted by Licá, as Bruno Lage’s men escaped with a 3-2 victory.

Under pressure following a loss to Braga in the League Cup final, Sérgio Conceição would’ve been hoping to add to last week's win versus Gil Vicente on travels to the Bonfim, welcomed by Vitória de Setúbal, with the Clássico versus Benfica just around the corner.

The Dragons longed for the game’s first goal, but alas it came via Jesús Corona’s low volley from the edge of the box in the 39th minute, closely followed by Alex Telles’s left-footed strike across goal to give Porto a 2-0 lead at half time.

In the second half, Tiquinho Soares was there to take advantage of a mix-up between himself and Giorgi Makaridze between the sticks, leaving the Brazilian striker with a gaping goal to tap into in the 48th minute.

Luís Diaz landed the final blow on Vitória in the 91st minute, taking the ball inwards deep in the final third before unleashing a right-footed shot past the goalkeeper at his near-post to give Porto a 4-0 victory.

With third place at stake, a Bruno Fernandes-less Sporting squared up to high-flying Braga in a repeat of last month’s League Cup semi final, won by the latter in front of their home crowd.

A positive start from the Lions saw them go close on two separate occasions in the opening ten minutes, nearing the game’s first goal through Eduardo and new boy Andraž Sporar in his first start.

After a goalless first period, Braga replied with their own wave of attacks in the second half, causing Luis Maximiano some bother via a fierce strike from Paulinho at goal. The keeper’s reflexes were crucially on show in the 63rd minute, keeping out Galeno with his feet after the winger’s timed run in behind.

In the 76th minute, Luis Neto thought he had saved Sporting with a clearance off the line from Galeno’s strike but Braga had Trincão following up the effort, tilting the game in the hosts’ favour off the bench. The new Barcelona signing (loaned back to Braga until the end of the season) started the move with a mazy run from deep inside his own half to the Sporting box, and was then on hand to apply the finishing touch.

A late and desperate strike from Jovane Cabral almost earned Sporting a way back into the game in the 92nd minute before it was blocked on its way in, subsequently securing Braga’s passage back up to third in the Primeira Liga.

Moutus
This comment was minimized by the moderator on the site

There was already a league matchday before this one and after the Taça da Liga final, so this paragraph is not really correct:

"Under pressure following a loss to Braga in the League Cup final, Sérgio Conceição would’ve been hoping for a...

There was already a league matchday before this one and after the Taça da Liga final, so this paragraph is not really correct:

"Under pressure following a loss to Braga in the League Cup final, Sérgio Conceição would’ve been hoping for a reaction from his team on their travels to the Bonfim, welcomed by Vitória de Setúbal."

The match in which FC Porto could take its "revenge" was against Gil Vicente last week, where they won for 2-1

It is nice that you want to cover the Portuguese league but please try to vellbe accurate!