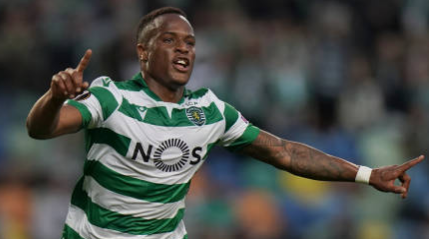 Sporting have gone level on points with Sporting de Braga after the latter found no way through at home to Boavista, succumbing to a 1-0 defeat on Saturday night.

The Lions, in action the night before with a string of young names in their matchday squad, were able to register their first win since the lockdown comeback, defeating Paços de Ferreira 1-0 at Alvalade after another positive Jovane Cabral display.

A sole Alberto Bueno goal from the penalty spot ensured a bitter scenario for Braga in Boavista’s 1-0 win, leaving both the Arsenalistas and the trailing Sporting sitting on 46 points, just eight games from the end of the season.

A return to Alvalade was on the agenda for Sporting, hunting for that first victory since the domination of the current pandemic, as Paços de Ferreira, deep in a relegation battle, made their way to the capital.

In a first half starved of inspiration, Andraž Sporar, came closest to breaking the deadlock in the 38th minute after latching onto a cute Luciano Vietto pass before firing the ball wide of the mark.

Jovane Cabral was able to unlock things for Sporting, however, just past the hour mark, thundering a venomous free-kick in off the underside of the crossbar and giving the hosts the lead they so craved.

Paços pressed for an equaliser, denied only by an impressive Luis Maximiano and a penalty-reversal from the referee, upon VAR’s consultation, as Sporting’s 1-0 victory drew to a close to the tune of Jovane smashing the bar once more, this time being let down by the woodwork.

Braga were tasked with replying to Sporting’s victory in a tasty-looking northern derby against Boavista, hosted by the Europa League regulars themselves at the Estádio Municipal.

The away side stacked up the danger in the first half, twice making Matheus work through Alberto Bruno’s close-range side-foot early on and Neris’ hopeful goal-bound curler in the 42nd minute, both stopped by the Brazilian goalkeeper.

Having threatened late on in the first half, Braga were again placed in a spot of bother following Ricardo Esgaio’s lapse of concentration, letting the ball run inside his own area before being pressured into swiping at his opponent recklessly and giving away a penalty.

The spot-kick pinned Bueno up against Matheus once more, but this time the ex-FC Porto man wouldn’t fail in front of goal, handing Boavista the lead in the 57th minute. There was to be no way through for a toothless Braga right through to full time, enabling Sporting to match their total of 46 points.

Enjoyed the Sporting game - a real battle and Quaresma looks classy.
Not sure about the Ref tho.