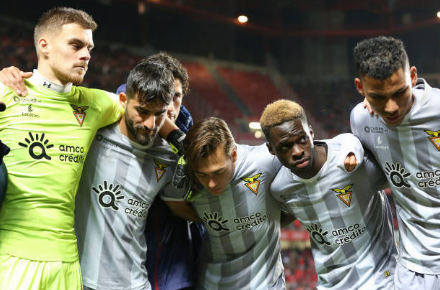 Desportivo das Aves could be forced to miss the final two games of the Primeira Liga season after failure to pay the club’s insurance policy left the bottom-placed side without access to its facilities, a couple of days before hosting Benfica.

In financial ruin, a lack of funds has seen the SAD, comprised of administrators and shareholders, cancel payments made to Caravela Seguros, Aves’ insurance company of choice.

The decision meant the team, already relegated from the Primeira Liga, would be unable to train or complete compulsory tests for Covid-19, initially leaving their home game against Benfica tomorrow night, as well as Sunday’s final game of the season versus fellow relegation candidates Portimonense, in doubt.

With the players reportedly set to rescind their contracts with the club and some staff members already relieved of their duties, following more than 90 days without pay, Nuno Manta Santos and co. still turned up for training this week and completed necessary testing, financed by the elected half of the boardroom.

The Avenses’ new club president, António Freitas, elected just last month with the task of keeping the squad together, has since confirmed his side will be ready to face Benfica on Tuesday night, contrary to what the SAD states, forming a conflict between the two pillars running the club.

“The insurance situation is sorted, with two or three smaller fees also being resolved,” Freitas confirmed this afternoon. “[We’re taking things] game-by-game. Against Benfica, we’re almost 100% sure that the game will take place. We’ll see what happens with the Portimonense game later.”

Should any of the Santo Tirso side’s remaining two fixtures of the season not take place, they risk having all 17 of their points wiped out as punishment, on top of a fine of around €25,000 & €50,000.

In the event that the club also fails to prove to the relevant regulating bodies that they were left with no choice in missing their remaining games, Aves will be barred from competing in professional divisions for six to ten years, on top of accumulating a further fine worth up to €125,000.

The financial troubles come during a season where Aves has seen its name dragged in the mud upon a series of match-throwing allegations, all denied vehemently by the SAD. Dead last in the league, the 90-year-old club remains set, for now, to take on Benfica tomorrow night.