The top five most popular football bets made in Portugal 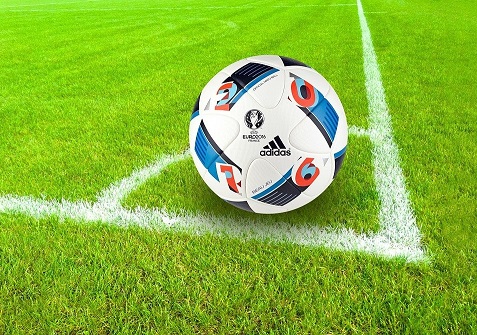 Football is the most popular sport on the planet, with billions of people who play or watch this sport on a regular basis, creating a level of interest that far outstrips any other sport.

Due to the fact football is so popular, it comes as no surprise that it is also the most popular sport to place wagers upon. No matter where a person may live, if there is a national team or professional league, rest assured that folks are putting a significant amount of money down on these games every time they are played. This is especially true in the country of Portugal.

Love of football in Portugal

Football is the most popular sport in Portugal and has been so for decades. The attendances for the country’s three major team in the Primeria Liga historically exceed 40,000 for each match on average. But football’s reach in Portugal goes far beyond the “Big Three”, as shown by the breakdown of betting in five different leagues/competitions as popular betting leagues for gamblers.

Millions of euros are spent gambling on these competitions, which include the Portuguese Championship, the Segunda Liga (Second Division), the lower leagues, the Revelation League (youth football) and the Portuguese Cup. All have become popular choices for gamblers.

Back to live action

During the ongoing pandemic, these leagues were shut down. Fans were unable to place bets on these games, as there were no games to enjoy. However, football is back. The leagues are up and running again, even if they are not playing to full capacity, with spectators largely non-existent for now. This is giving gamblers the chance to make bets on their favorite sport once again.

The question becomes what is the favorite type of bet for people in Portugal to make? We often think of people betting most on the outcomes of games or the total number of goals scored, but are these the most popular types of bets?

Here are the five types of bets that people in Portugal are most likely to make on football.

With different types of betting picks that people can make, the truth is that guessing the result is always the most popular option. Whether there is a spread or not, people most enjoy placing wagers on the final outcome. It is the one area where they feel that they are most equipped to make the right choice.

In addition, you will also find that it is the area with the most information and analysis available. Betting and prediction sites understand that this is the most popular type of bet. So, they cater a lot of their information toward the final outcome.

The interesting thing is that this may actually be creating a circle of life situations, where people make wagers on the final outcome because this is where there is the most information that is available and sites offer this information because people are most likely going to make a wager on the outcome. This cycle repeats itself over and over again.

The total number of goals scored in a game is also a very popular wager to make. This is not as easy to predict as the final outcome, but there are sites that have developed algorithms that assist them in predicting exactly how many goals will be scored in the contest.

Oddsmakers know this is a big wager for many. Practically every game you will come across will have a total attached to it. It is a very popular bet, and they know it.

This is another type of wager that betting sites know will generate numerous bets. Thus, you can be sure that there will be predictions on whether the total goals will be exceeded or not. A lot of research and computing is involved in determining the final number of goals in the game, which will give you an idea of whether you should go over or under this total.

This bet is one of the unusual bets that you can make on a football game. It is why many like the option.

Although it is an unusual bet, it is still one of the most popular bets because it gives you an additional option that could help you to win. For example, if you bet that either team could win the game, you are betting against there being a draw. If you bet on FC Porto, you win if they win or if there is a draw. This type of bet gives you a 66.6% chance of winning, all other factors being equal.

DNB stands for “draw no bet.” What this means is that if the game ends in a tie then the entire bet is voided. You are betting solely on whether one team wins or not. This is another very popular type of bet because the odds of you winning are 50-50. As long as your team does not lose, the worst that can happen to you is that you break even.

While there are many other types of bets that people in Portugal enjoy making, these are five that have been proved the real winners over time.