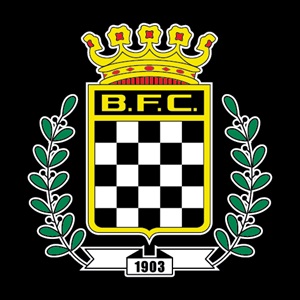 It is one of only two clubs outside the three traditional powerhouses to have won the Portuguese league, however, in recent years, Boavista has often languished near the bottom of the table, struggling to even avoid relegation.

Things could be about to change. During this past transfer window, aided by the impending investment by businessman Gerard Lopez, the Porto-based club made a number of high-profile signings that have many believing they could challenge the Big Three once again.

For most of their history, Boavista has been in the shadow of their more successful city rivals FC Porto, however there is a lot about the club that makes them unique. Their kits are of a chequered pattern. They are nicknamed the Panteras Negras (Black Panthers). They have an interesting-looking stadium named Estádio do Bessa, which is box-shaped. And, they claim a storied history of their own.

Founded 117 years ago, they won the Taça de Portugal for the first time in 1974/75, and defended the title the following year. That seemed to mark the start of a steady rise over the next two decades which would culminate in them winning the Portuguese league in 2000/01.

To put their league title into perspective, Lisbon-area club Belenenses is the only other club outside Portugal’s tradition Big Three to win the league, since the modern format was created in 1934. And that was in 1945-46.

In 2002/03, Boavista made it as far as the semi-finals of the UEFA Cup, losing to Celtic. If they had gone through, they would have met José Mourinho’s Porto in the final. However, the success did not last.

The club remained competitive for a few more seasons, before it was embroiled in the Apito Dourado scandal. In 2008, the club was relegated as punishment and would spend the next several seasons in the lower divisions of Portuguese football. Having won the league title less than a decade before, it was a dramatic collapse.

A court decision meant that they returned to top-flight in 2014/15. Since then, Boavista’s best finish is eighth.

In July, when fans were relishing the return of football after the stoppage due to the Coronavirus pandemic, reports began to surface that Gerard Lopez was interested in taking a controlling stake in Boavista. This was eventually made official at the club’s general assembly last week.

This came as a pleasant surprise, especially for those hoping to see something shake the foundations of the domestic game in Portugal.

Born in Luxembourg, the 48-year-old Lopez made his money in new technologies, energy and finance. He is also an avid sports fan, having invested in Formula 1 team Lotus and in football.

In recent years, Lopez has bought stakes in Belgian club Royal Excel Mouscron, Portuguese lower division side Trofense and most notably Ligue 1 side Lille OSC. And now Boavista. It is believed that his ambition is to create a project similar to Red Bull and City Football Group.

His interest in Portuguese football is nothing new. In addition to Trofense and Boavista, Lopez has previously tried to purchase Gil Vicente F.C. and Vitória de Setúbal.

Since becoming principal owner of the French side Lille in 2016, Lopez has helped engineer a remarkable turnaround for the club that was in financial trouble before he took control. The club was able to make several good signings including Portuguese international Renato Sanches.

The French club’s director of football is Luís Campos, hired shortly after Lopez became owner, and well known to followers of the Portuguese game. Campos served in the same capacity at AS Monaco and before that, managed several clubs in Portugal.

Unlike the owners of league rivals PSG or Manchester City, Lopez does not believe in big-money signings. He told La Voix du Nord in July:

“The idea is that Boavista will benefit from our experience and attract players, while remaining independent. To become a big club in Portugal, they will need to find and develop players.”

Boavista quickly began benefiting from their relationship with Lopez, even before the deal became official, getting to work on building a more competitive side ahead of this season.

They signed three players on loan from Lille: Angel Gomes, Léo Jardim and Show. Gomes looks to be the standout. The 20-year-old former Manchester United product is the son of Gil Gomes, a 1991 FIFA World Youth Championship winner with Portugal. Angel was born in England and has represented that country at youth level.

He has not wasted anytime getting started, registering a hat-trick of assists in his league debut against Nacional, a 3-3 draw. He recently scored a golaço from halfway against Moreirense for his first goal with his new club.

Boavista would go on to sign World Cup winner Adil Rami, also Reggie Cannon, Alberth Elis, Jackson Porozo and Javi Garcia, to permanent deals. All quality options that would have been beyond their financial reach prior to this summer.

On the touchline, Boavista hired 37-year-old Vasco Seabra who led Mafra to a fourth-place finish last year in Portugal’s second tier. He coached only briefly in the top division with Paços de Ferreira in 2016/17.

It is a position that many managers would dream of but Seabra will be under pressure to get the new signings to integrate into his system quickly. The club is at least expected to improve from last season’s 12th-place finish.

This season has not started the way many expected with only two points from the first three matches, including a 5-0 thumping by rivals FC Porto, reminding everyone that success takes time.

Despite the new signings, it is still unreasonable to expect the club to challenge the hegemony of the Big Three already this season, whose dominance many believe keeps Portugal from truly reaching its potential as a footballing nation.

But Boavista’s summer deals at least provide the hope that it could boost not only the club’s fortunes but that of the entire competition.

While there are understandable criticisms of the Red Bull model, which has clear similarities to what is happening at Boavista, I would be lying if I said that I wasn't interested to see how it all shakes out. The Boavista...

While there are understandable criticisms of the Red Bull model, which has clear similarities to what is happening at Boavista, I would be lying if I said that I wasn't interested to see how it all shakes out. The Boavista project is an exciting mix of young players and a return to club glory that makes it fascinating.

Excellent article...when I first that Rami was signed by Boavista, I was really impressed. It is really unique to see businessmen to build "football groups" as competitive structures. It helps to stem expensive outlays on star players but build...

Excellent article...when I first that Rami was signed by Boavista, I was really impressed. It is really unique to see businessmen to build "football groups" as competitive structures. It helps to stem expensive outlays on star players but build talent from within. It reminds me of the American baseball farm system, where a local club benefits in the short-term but the larger club can bring that player in a key moment in the campaign. I still remember Boavista's 2000-01 championship run. I am hoping Braga can do the same someday.

Boavista FC is one of those clubs despite its long traditions and achievements together with the worst of times, still carries on resiliently, largely as neighborhood supported club.
It's remarkable how the inconsistency of ups and downs...

Boavista FC is one of those clubs despite its long traditions and achievements together with the worst of times, still carries on resiliently, largely as neighborhood supported club.
It's remarkable how the inconsistency of ups and downs throughout its existence, haven't brough it down. Somehow, under adverse circumstances, it continued to show plenty of stamina at the core. A sort of "never say die" attitude that makes me a simpathiser.
Gerard Lopez could be on to something here. All the main building blocks to improve upon and create a really competive force in Portuguese football, are all there; historical patina, fan base, stadium, infrastructure, titles, etc. Under a more effective leadership, objectivity and control, BFC can once again impose their mark.