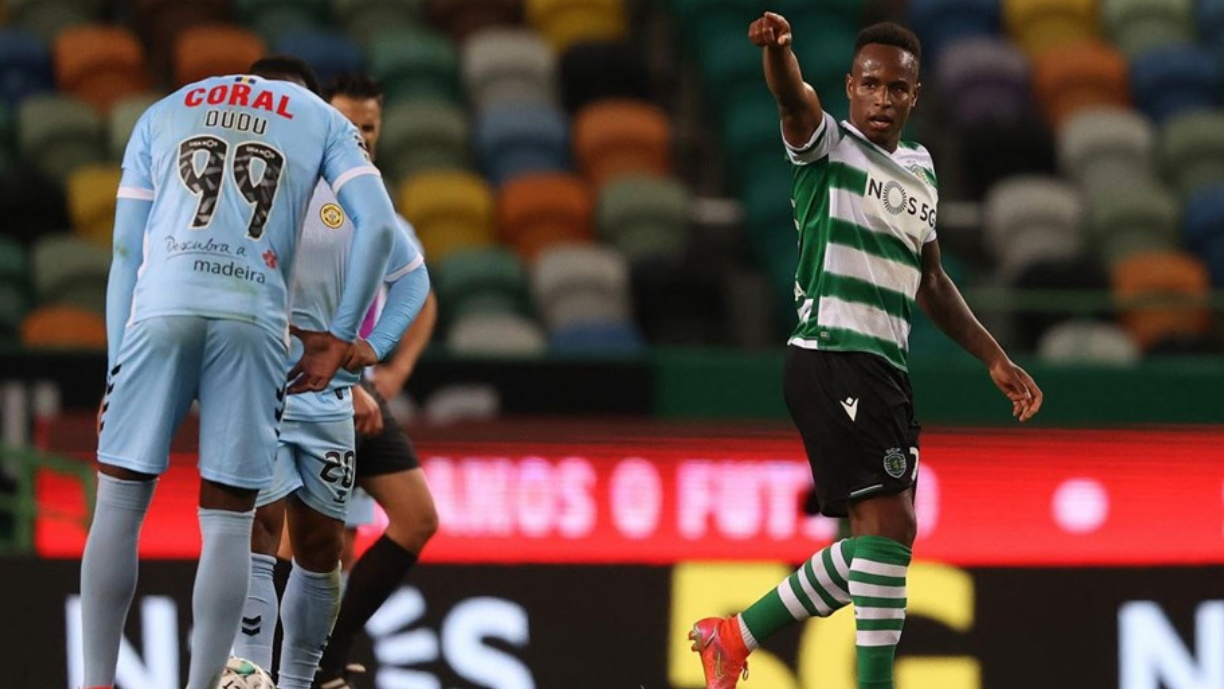 The Liga NOS season continues to hurtle towards its resolution at break-neck speed as the 30th round of matches concluded yesterday. The week’s action began on Thursday night with Marítimo upsetting Braga in Madeira.

Porto and Benfica kept up the title pressure with wins but it was Sporting who continued to tighten their grasp on the championship. A devastating cameo from super sub Jovane Cabral was the catalyst to a hard-fought win over Nacional last night and the Cape Verdean is the PortuGOAL Figure of the Week.

Sporting’s victory makes them a strong bet to see out the remainder of the league schedule and lift the title. Join other online gambling forums, and find out what people are saying about a particular betting site. There is no doubt that this may increase your chances of getting a more legit gambling agency.

Jovane Cabral can almost count himself as something of a Sporting veteran in terms of the current make-up of the Lions squad, arriving in Lisbon back in 2014 albeit only really making traction with the seniors since the 2018/19 season. Plucked from the obscurity of G.D. Nhagar in his native Cape Verde, the winger’s impressive B team form could not be ignored any longer and when given the opportunity at Primeira Liga level he has rarely disappointed.

Indeed Jovane ended the extended 2019/20 season in fine fettle under the incoming manager Rúben Amorim, however this time around it has been a different story. Starting the campaign as a regular in the XI, fitness issues, as well as the team’s incredibly strong overall start led to serious competition for places, and the Cape Verdean has largely been unable to usurp the likes of Pedro Gonçalves, Nuno Santos and Tiago Tomás in the wide positions of the coach’s favoured 3-4-3 system.

For Saturday evening’s contest with Nacional, Jovane once again had to settle for a place on the bench. In recent matches Sporting by their very own high standards this season have been struggling to find top gear, and this was the case at Estádio José Alvalade as the hosts were finding difficulty in attempting to break down the resistance of their relegation-threatened opponents.

Record signing Paulinho was looking sharp in attack but was consistently foiled by Nacional goalkeeper António Filipe, as well as the post on one occasion. With an hour gone Amorim made his first alteration as Jovane replaced João Palhinha, and the winger’s impact was almost immediate, doing well to make space from Nuno Santos’ rebounded shot to strike himself, only to be denied by dogged Nacional defending.

Jovane’s introduction made Sporting an immediately more dangerous outfit and he caused further damage a few minutes later, showing great control and skill to draw a foul from the already-booked Ibrahim Alhassan, who was subsequently dismissed to give the home side a man advantage.

The pressure finally told though as Sporting made their breakthrough late on, such has been their manner on so many occasions throughout the year. Nuno Santos’ corner was poorly dealt with, the ball headed straight into the path of Jovane, who showed great poise to loft an inviting cross for Moroccan defender Zouhair Feddal to thunder in a header from close range.

A superb ball in from Jovane to create the goal, and he wasn’t done yet. In stoppage time his excellent run into the box was brought to an abrupt end for a penalty, which the 22 year old picked himself up to take, confidently firing high past Filipe for 2-0.

Not a vintage Sporting display by any means but another win to edge them ever closer to the league title.

Any trusted betting site doesn’t hide any information from their punters. All features should be displayed on their website. The website needs to be user-friendly for you to find whatever you are searching for. It is also essential to ensure that whatever agent you choose offers mobile gambling as judi online does.

After showing how much devastation he can cause in a little over half an hour, Jovane should have done his chances of getting right to the front of Amorim’s starting XI thoughts no harm at all. If not, he may look to ply his trade elsewhere next season and if so there would be no shortage of takers for his signature.

Jovane is a great player and seems like a good guy too. For sure he is slaying hard out there in Lisbon. He would be a good wingman for when I return to the clubs after Covid.

Last season he was on fire but he has rounded into form at this final...

Jovane is a great player and seems like a good guy too. For sure he is slaying hard out there in Lisbon. He would be a good wingman for when I return to the clubs after Covid.

Last season he was on fire but he has rounded into form at this final stretch and will be handy off the bench .