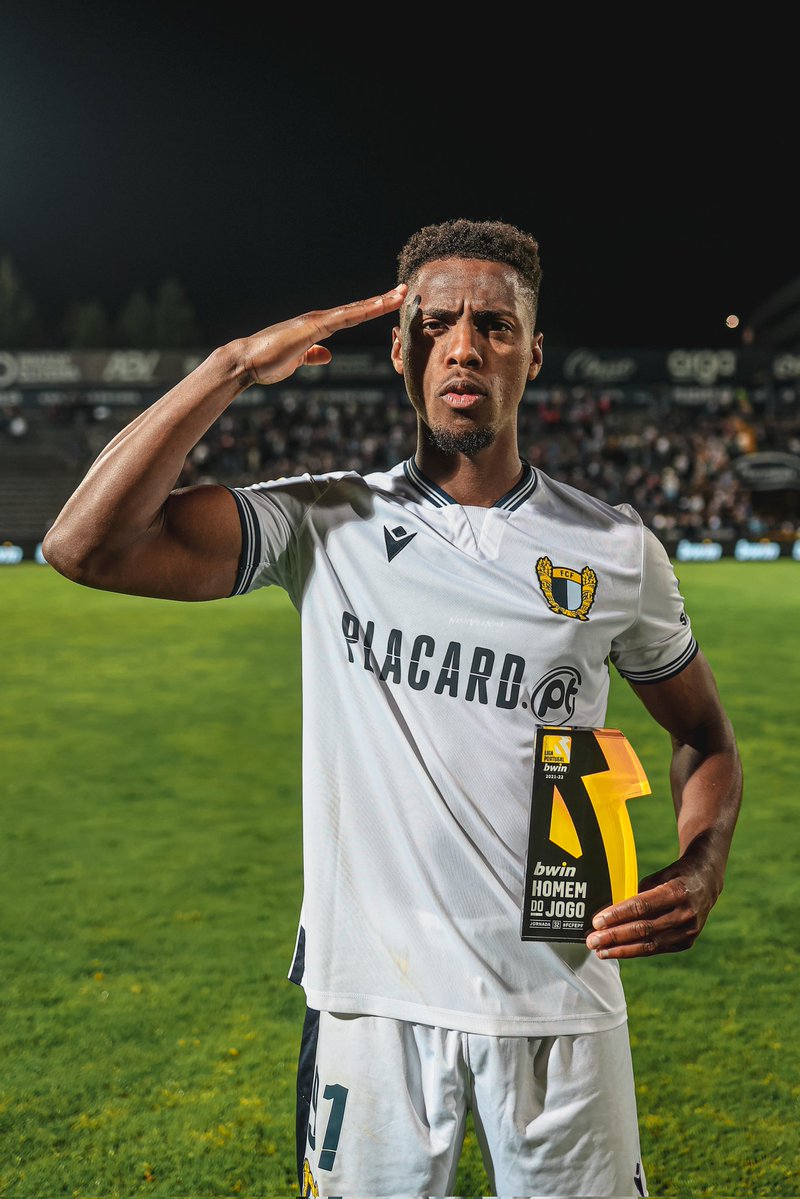 The 2021/22 Liga Bwin campaign continues to hurtle towards conclusion with only two rounds of matches remaining after Jornada 32 was closed out by Paços Ferreira and Tondela’s draw last night.

The destination of the title appears Porto-bound as the league leaders bounced back from losing their long unbeaten run in the weekend prior to overcome Vizela. Sporting made them wait for official confirmation as championship winners by thrashing Gil Vicente.

Matters at the top seem sewn up but down at the bottom there remains plenty to play for. One side who escaped the mire is Famalicão, who began the round’s action with a pivotal win against Estoril, with their injury-hit winger Heriberto Tavares to heavily thank as his fine display inspired the three points and also sees him claim this edition of the PortuGOAL Figure of the Week.

A product of Sporting’s Alcochete academy, Heriberto Moreno Borges Tavares switched allegiances to Lisbon rivals Benfica in 2018 (via Belenenses’ youth team), albeit never rising above the Eagles’ B team ranks. Nonetheless he gained plenty of top tier experience in Portugal through loan spells with Moreirense and Boavista, showing potential before finally cutting ties with Benfica to leave for France with Stade Brestois in 2019.

After struggling in France he promptly returned to his native country with Famalicão, turning a loan deal with them permanent last summer having impressed in the half season temporary contract with the side in the previous campaign.

A direct left-footed winger, Heriberto has struggled for consistency and fitness at times during his Primeira Liga career and this season has been no different, particularly in the latter sense having missed pre-season due to surgery to correct tibia fractures, before a broken toe in December further hampered his contributions to Famalicão.

For a player so reliant on his dynamic movement in wide areas and between the lines it’s no surprise to note that Heriberto’s performances when fit have not reached what he is capable of, and to this end the player has not been able to complete ninety minutes at all under manager Rui Pedro Silva this season.

However, Heriberto is making strides in his comeback from his latest injury. A series of substitute appearances preceded a start in last weekend’s draw at the winger’s former club Benfica, in which he individually put in a solid display to an extent that Silva selected him in the XI once more for Friday evening’s home encounter with Estoril.

Silva’s selection was rewarded with another improved outing from Heriberto, who looked dangerous to Estoril’s defence throughout. Starting from the right flank, it was from here that Heriberto created the opening goal of the match in first half stoppage time. Famalicão exploited the spaces left in a large part due to the dismissal of the away side’s Nahuel Ferraresi. Centre midfielders Gustavo Assunção and Pêpê combinined to find Heriberto on the wing, and his teasing cross into the box with his weaker right foot caused havoc in the Estoril penalty area, ultimately leading to full-back Adrián Marín hammering in from close range.

In the second half Famalicão looked to press home their numerical score and player advantage but striker Simon Banza’s finishing was not quite at its highest level. However Heriberto’s attacking instincts and tendency to drift to central areas proved crucial as he struck to establish a two goal lead in the 66th minute. Jhonder Cádiz picked out the Portuguese with a headed knock-down, and Heriberto did very well to get over the ball and fire into the ground and past motionless goalkeeper Thiago Silva.

A clever finish from Heriberto, and a necessary goal too as Estoril responded well to pull a goal back and apply decent pressure for an equaliser before the home team eventually sealed the match in injury time for a vital three points.

In many ways this will be a season to forget for Heriberto given his copious injury issues and he will be hoping to put them firmly behind him with a clean slate and full pre-season ahead of 2022/23. The green shoots of his full recovery have been evident in the last couple of games though and Famalicão’s confirmation of top flight football once more next season means the winger should be able to show what he is truly capable of more regularly next time around.