PortuGOAL Figure of the Week: Navarro’s got the knack as Gil Vicente steal victory 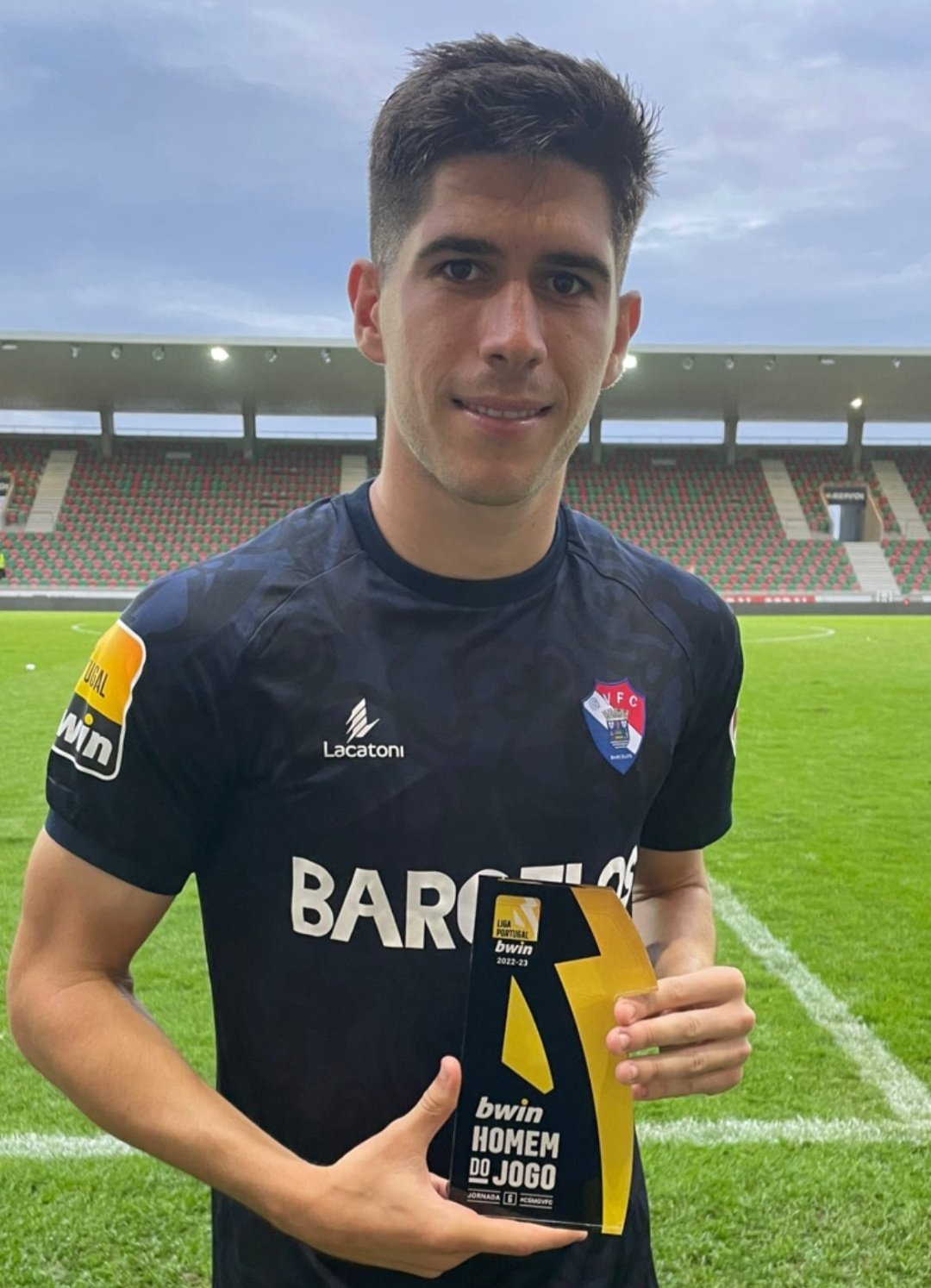 The penultimate round of Portuguese top tier matches before the international break concluded last night with Estoril’s defeat of Vizela.

Earlier in the round Braga’s tremendous form continued by beating Rio Ave, while “the big three” all recorded wins. Boavista’s recent improvement saw them rise to sixth courtesy of triumph over Arouca.

League newcomers Casa Pia continued a magnificent start by piling on the pressure at struggling Paços Ferreira, prevailing in a topsy turvy encounter 3-2.

Another side experiencing pain at the wrong end of the table is Marítimo, and their latest blow was dealt by a Gil Vicente side led by one of the division’s top marksmen in Fran Navarro. Last season’s fourth top scorer was at it again as his brace inspired victory, the sought-after striker is our PortuGOAL Figure of the Week.

Gil Vicente did very well to keep hold of Francisco Navarro for the campaign ahead after his debut season in Portugal last time around established the Spaniard as one of the deadliest strikers in Liga Bwin, his sixteen league goals firing the team to a fantastic fifth place finish in 2021/22.

The mobile marksman is very much in the classic “number nine” mould, a superb mover through the lines and a player that showed outstanding predatory instincts and an ability to score a wide variety of goals. Lisbon giants Sporting were reported as a team to be showing the the strongest interest in his services but after losing another of their crown jewels Samuel Lino to Atlético Madrid this summer Gil Vicente managed to resist the lures from elsewhere to ensure Navarro would lead the line in an historic campaign that begin with a brief glimpse of European football by virtue of the Europa Conference League playoff rounds, Os Barcelos ultimately denied a place in the group stages by AZ Alkmaar.

Still, this disappointment was not enough to lose Navarro and the forward ignored the speculation to start the season in decent form, scoring four times in eight matches prior to this weekend’s trip to Madeira as Gil Vicente faced a beleaguered Marítimo, the hosts under new management after a winless opening to the new campaign.

Gil Vicente went into the game amid some inconsistencies of their own, the aforementioned European foray in the early weeks of the season likely compromising the lack of cohesion evident on the pitch and manager Ivo Vieira’s starting lineups. On the latter point, Vieira looks to be settling now after the conclusion of their continental qualification efforts, and with Navarro firmly in plans after the general closure of the transfer window the Spanish hitman led the line in Madeira looking to spearhead his side’s efforts to add to a solitary Liga Bwin victory thus far.

Navarro looked a threat throughout the first half, going close with three headed efforts, one of which the striker really should have converted but the Spaniard rattled the crossbar from close range.

Marítimo took advantage of the misses by leading at the break through Léo Andrade, but Navarro quickly made up for his profligacy early in the second period as he levelled matters. This time he let his feet do the talking, showing excellent movement to get ahead of his marker at the near post and sharply pounce upon Kanya Fujimoto’s cross to poke in the equaliser.

Minutes later Navarro almost grabbed his second, latching onto Pedro Tiba’s through pass to shoot left-footed, but Marítimo keeper Miguel Silva was equal to the strike.

With time running out of an end to end encounter Navarro stepped in again to steal all three points with another goal. It was a messy affair but yet again the forward displayed his knack for being in the right place at the right time, reacting to a loose ball from a Gil Vicente corner to tuck in a finish under the advancing Silva and snatch the victory for Vieira’s men.

A significant triumph for Gil Vicente as their slightly faltering start to the season gathers momentum, as does their star striker.

As ever in these kinds of situations in Portugal if Navarro maintains these sorts of performances it will be a case of when not if that the Spaniard departs Gil Vicente for bigger pastures, or at least higher paying surroundings, but even in a little over a year it feels he is cementing his place in the club’s recent history and will be a hugely significant loss when he does eventually fly the Barcelos nest.