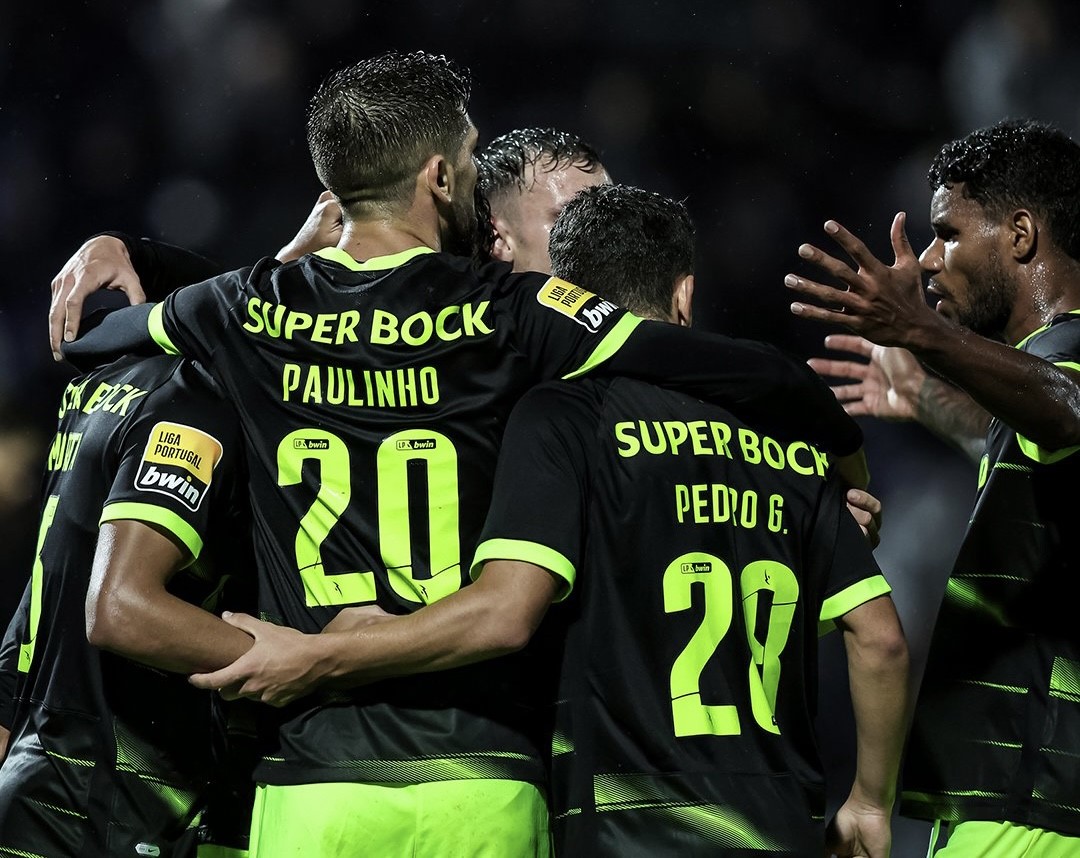 Sporting have joined FC Porto and Benfica in victory after defeating Famalicão 2-1 away from home, this Sunday, in their last game before the 2022 Qatar World Cup.

The Lions offered their rivals a riposte with goals from Francisco Trincão and Pedro Gonçalves on a wet and rainy night in Famalicão, taking them up to fourth place, above Casa Pia, in the Primeira Liga table.

Rúben Amorim’s men followed Porto in succeeding on the road after they had originally set the blueprint with a 4-1 dismantling of Boavista in the Invicta Derby, as the likes of Galeno and Stephen Eustáquio starred. Here’s the peak of the action:

A big day in the city of Porto as the Panteras Negras played host in a meeting between themselves and their colossal neighbours, FC Porto, desperate to put the pressure on table-topping Benfica.

Sérgio Conceição’s men struggled to get going but they did find themselves ahead just before the interval after the ever-prolific Iván Marcano, up from centre-back, popped at the back-post to turn in a corner.

Boavista were plunged deep in problems after Reggie Cannon picked up a second yellow card in the 57th minute and left Porto defending their lead with a numerical advantage.

A second from Eustáquio in the 63rd minute was forthcoming and hit a Boavista side who continued to cause the visitors problems, striking the post through Robert Bozenik moments later, but Galeno’s finish coming into the final ten minutes of the game appeared to sentence Petit’s team to defeat after making it 3-0.

Kenji Gorré pulled a goal back from a free-kick but the final blow in a 4-1 win would come from Porto as Galeno filled his boots with a brace, securing a big win for the Dragons on derby day.

Having witnessed both Porto and Benfica take routine wins for themselves, Sporting didn’t want to miss out as they readied themselves for yet another challenging fixture away from home, this one versus Famalicão.

The hunger was evident from the Lions as they peppered Luiz Júnior’s goal, but it wasn’t until the 42nd minute that Amorim’s team were able to find a way through - benefiting from a high-press on Pelé to sneak a goal via Trincão’s tap-in.

Sporting were left celebrating a second on the brink of half-time after Trincao’s cross was handled inside the box, gifting Pedro Gonçalves the chance to double the visitors’ advantage on familiar turf against his former club.

What appeared to be a straight-forward route to victory was then turned into anything but, as Ivan Jaime’s bicycle kick deflecting in to halve Sporting’s two-goal advantage. The Lisbon outfit managed to keep the door shut, however, securing their first win on northern soil this season.