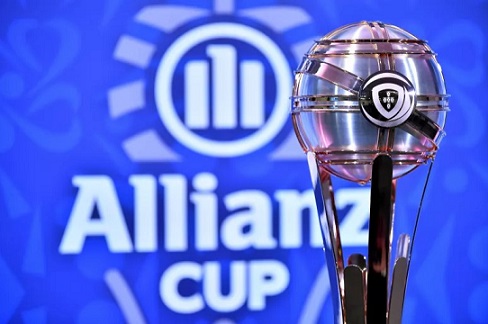 Almost unnoticed during the FIFA World Cup 2022, the group stage of the Taça da Liga (Portuguese League Cup) has been played out during the last month.

Only the winners of the eight groups made it through to the quarter-finals, with the major surprise reserved for the final Group C game last night. Second-tier Moreirense held Benfica to a 1-1 draw, thus knocking the Eagles out of the competition.

Drawn into a group containing only second-tier teams, Roger Schmidt’s Benfica – still unbeaten this season – were expected to breeze through their section.

But Moreirense had other ideas. Paulo Alves’ team are top of the Segunda Liga and look well set for a return to the top flight and a higher number of goals scored than Benfica in their two victories over Estrela Amadora and Penafiel meant they went into yesterday’s match against the Bwin Liga leaders knowing a draw would suffice to win the group.

Things looked even brighter for the hosts when André Luís put Moreirense into the lead from penalty spot in the 25th minute. Gonçalo Ramos, fresh from his World Cup exploits, equalised just before the break, but no further goals meant it is Moreirense who progress.

Another second-tier team that has made it to the last eight is Académico de Viseu, who finished top of Group H, a section that included top-flight duo Famalicão and Estoril-Praia. 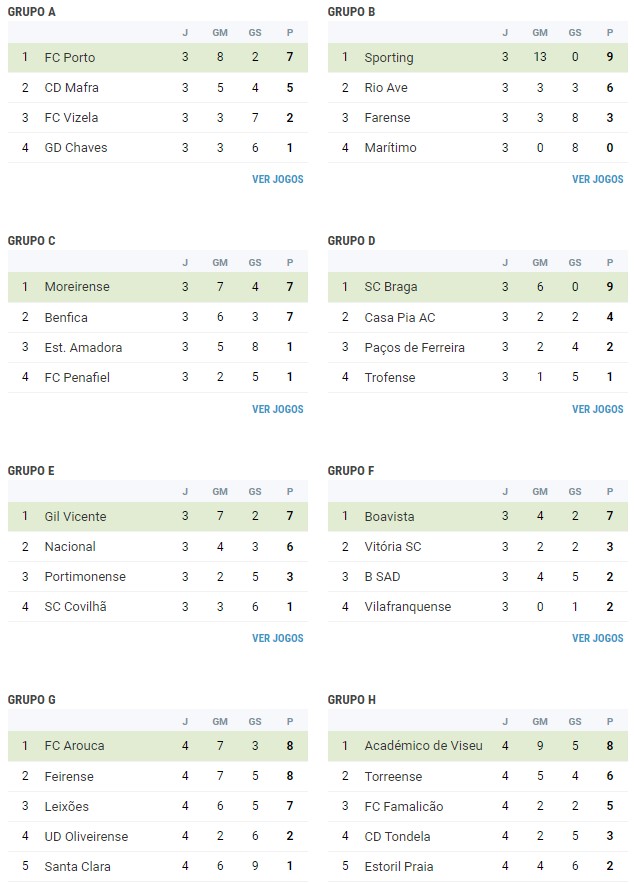 FC Porto remarkably are yet to win the Taça da Liga in its 15-year history, and when the Dragons went 2-0 down at home to Mafra in their first match it appeared the curse was about to strike again. However, Sérgio Conceição’s team fought back for a draw and went on the top the group and set up a quarter-final clash against Gil Vicente.

The tie of the round will be played on Monday when Sporting host Braga in Lisbon. The Lions were impressive in their Group B performances, smashing 13 goals past Rio Ave, Farense and Marítimo and conceding none. Much-maligned striker Paulinho was especially prolific, hitting five goals.

Braga were the only other club to clock up three wins from three, beating Casa Pia, Paços de Ferreira and Trofense.

Porto, Sporting and Braga will be the favourites to win the trophy, and a bet on any of the trio could be as profitable as benefiting from the best casino bonuses on offer.

Also noteworthy was Arouca’s passage to the quarter-finals, secured thanks to an 87th-minute winner away at Santa Clara despite being reduced to nine players at the time after Jerome Opoku and David Simão had been sent off.

Palestinian striker Oday Dabbagh was the hero of the hour, coming off the substitutes bench to hit a late winner that took Arouca top of the group, pipping Feirense on goal difference.

Fellow northern teams Boavista and Gil Vicente put their patchy Primeira Liga form before the World Cup break behind them to also make the last eight.

Boavista benefited from Vitória’s poor showing in the competition, the White Angels unable to beat Vilafranquense or B-SAD, and the 0-0 draw in the final match against Boavista sealed the Axadrezados’ place in the quarters.

Gil Vicente booked their place with an impressive 3-0 victory over Portimonense in the Algarve.