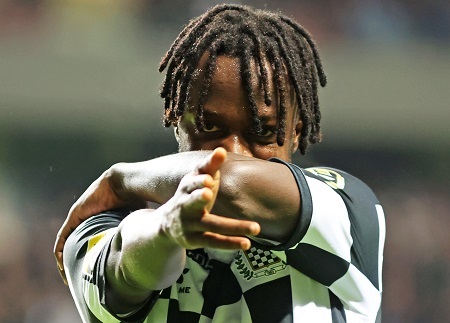 Boavista got back on track in the Primeira Liga after securing a deserved 1-0 victory against Gil Vicente at Estádio do Bessa Século XXI.

The Panthers weathered an early storm before taking charge of the contest, going ahead in the 31st minute when Yusupha Njie headed Bruno Lourenço’s corner past Stanislav Kritsyuk.

Reggie Cannon’s 76th minute dismissal gave Gil Vicente a great opprtunity to get back into the contest, their best chance coming in added time when Bracali made an incredible save to deny Ali Alipour.

Gil Vicente were on top in the early stages with Kevin Villodres heavily involved. The Spanish winger was frequently being awarded fouls with the home crowd making him public enemy number one.

The Galos were unable to trouble Rafael Bracali however, Kanya Fujimoto firing two efforts over the bar.

Boavista created their first chance in the 19th minute, a slick move which resulted in Bruno Lourenço shooting into the side netting from a tight angle.

The attempt signaled a shift in momentum and the Panthers soon took advantage.

Gaius Makouta won a corner in the 31st minute, Lourenço swinging the ball into the danger area where Yustapha Njie headed the ball powerfully past Stanislav Kritsyuk.

Boavista continued where they left off after the break.

Lourenço was unable to keep his shot down, Njie’s effort tipped over the bar by Kritsyuk with Robert Bozenik heading the resulting corner against the bar.

Daniel Sousa tried to stop the onslaught in the 61st minute when he introduced Ali Alipour for Villodres, but it had no affect as the hosts continued to create chances.

Lourenço’s fantastic pass released Ricardo Mangas, his cross finding an unmarked Bozenik forced a fine save from Kritsyuk. Bruno Onyemaechi was next to charge down the left wing, Njie heading his cross wide.

Mário Nunes made two changes in the 67th minute when Mangas and Bozenik made way for Kenji Gorré and Salvador Agra.

Gil Vicente started to advance the ball into attacking positions but were not troubling Bracali.

The visitors were given a helping hand in the 76th minute when Reggie Cannon was sent off after receiving a second yellow card. 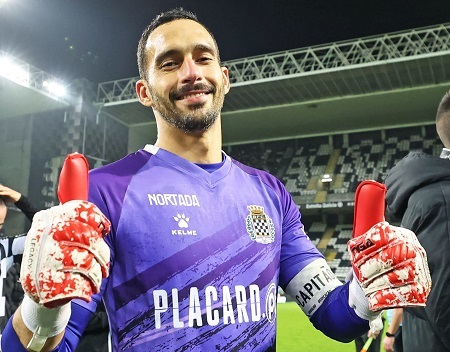 Mário Nunes immediately introduced Vincent Sasso for Lourenço with an inevitable onslaught on the horizon.

Gil Vicente duly put their foot on the gas with Murilo de Souza shooting straight at Bracali, Boselli firing over the bar and Fran Navarro unable to steer his shot on target.

The Galos were committing plenty of players forward which left them exposed at the back as Gorré burst clear, stepped inside two defenders and forced another save from Kritsyuk.

There was one final chance for the visitors to snatch a point when a corner fell perfectly for Alipour, the Iranian striker appearing certain to score before Bracali pulled off a ridiculous point blank save to preserve all three points.

Panthers back to winning ways

They failed to win in their next seven games, including a 1-0 defeat at Machico in the Taça de Portugal.

There was some respite in the Taça da Liga, Petit steering his side into the quarter-finals where they suffered a 2-1 defeat at Segunda Liga club Academico Viseu.

Petit was serving a suspension against Gil Vicente, assistant manager Mário Nunes stepping in and guiding the club to an important win that sees them move to 10th on the table with a game in hand.

Honeymoon period over for Daniel Sousa

After serving as an assistant manager under André Villas-Boas, the Barcelos native couldn’t have asked for a better start, going undefeated in the Taça da Liga group stage including a 3-0 win at Portimonense.

Gil Vicente got back on track with a 1-0 win against fellow strugglers Santa Clara, but the defeat at Boavista is a reality check for the new boss, his side fortunate to be in a position to snatch a draw after Stanislav Kritsyuk made a number of important saves.