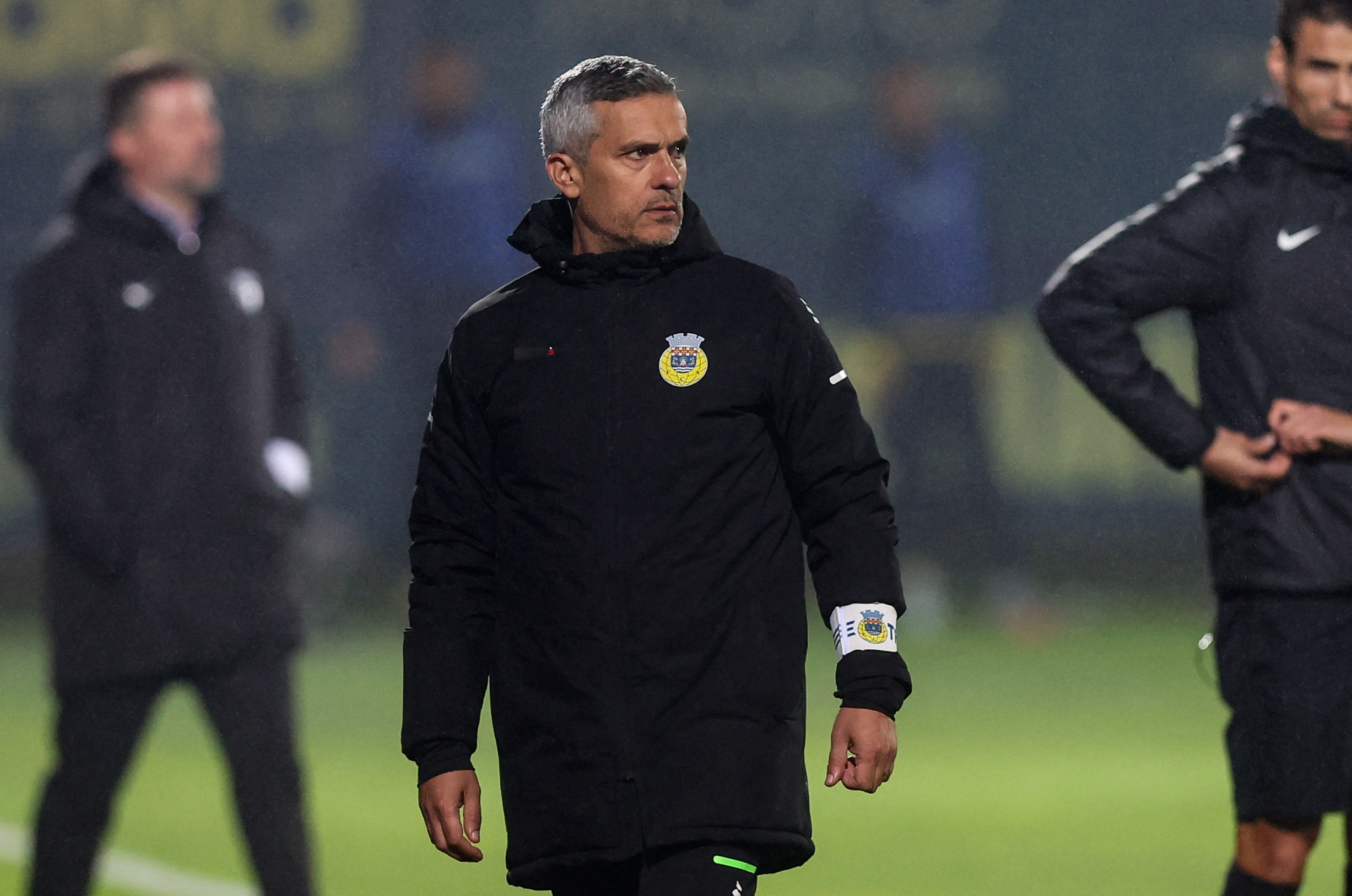 The Liga Bwin season reached its halfway point this weekend, with usual suspects Benfica, Braga, Porto and Sporting all recording wins to give the top four a familiar feel.

Down at the bottom Marítimo boosted their survival bid by beating Estoril, as did Gil Vicente with an impressive victory at one of the league’s surprise packages Casa Pia.

Another over-achieving side this campaign has been Arouca, sitting in 6th place after a resounding triumph over Portimonense. Manager Armando Evangelista has done a superb job at the helm, and is in focus as the PortuGOAL Figure of the Week.

In charge of Arouca for the last two and a half years, the job Armando Evangelista has done in bringing the team to this point is a truly exceptional one thus far. Taking over during a summer in which they had just achieved promotion from Portugal’s third tier, simply bringing some more stability and perhaps mounting an outside challenge for another rise in divisions would likely have been in the Portuguese coach’s remit, however a late campaign charge saw the team sneak into the promotion playoffs, taking their momentum into that contest and blowing away Rio Ave to return to Liga Bwin for the first time since 2016/17.

After narrowly avoiding relegation in Primeira Liga last term, the goal for 2022/23 will have been more or less the same again. The club and fans alike though soon may want to switch their goals as a sterling effort from Evangelista and his squad has seen Arouca fly up the table into the dizzying heights of 6th place.

Evangelista deserves big credit in terms of striking an excellent balance within his playing squad. Seasoned pros like David Simão, Arsénio Martins and Tiago Esgaio have combined well with outside talent, no more so than their top goalscorer, Palestinian striker Oday Dabbagh but also acquisitions last summer such as Jerome Opuku, Ismailo Soro and Rafael Mújica have all made significant contributions to their success this season.

The manager has been consistent in his approach, sticking to a tried and tested 4-3-3 to a positive effect. Aside from members of the country’s “big four” teams, Arouca have only tasted defeat twice in all competitions this season, resulting in good runs in both domestic cups. Their Taça de Portugal run was halted by giants Porto, while a Taça da Liga semi-final against Sporting awaits this evening, leaving them on the cusp of a historical moment in the club’s history.

Arouca will go into tonight’s huge contest with some serious momentum after dishing out a thrashing to Portimonense in the opening game of Liga Bwin’s 17th round of matches. Evangelista was forced into some personnel changes to his lineup, Simão and Opuku being suspended meant the pair were replaced by Arsénio and Nino Galović respectively, to no negative effect as the home side raced out of the blocks.

Dabbagh continued his fine recent form with a magnificent finish, collecting Alan Ruiz’s through ball before dazzling his way past opposition defender Pedrão before coolly lifting over the onrushing Kosuke Nakamura with only six minutes played.

Just after the half hour mark Arouca punished some horrendous defending from the away team to double their lead. Arsénio intercepted a loose ball before finding Ruiz, the Argentine keeping his composure to dink in an effort for 2-0.

Arouca were rampant, and Evangelista’s men nearly went 3-0 up minutes later, Dabbagh denied by a good save from Nakamura.

More calamitous defending early in the second half saw Brazilian winger Anthony thinking he had extended the advantage, only for a generous refereeing decision to save Portimonense’s blushes.

The match was one-way traffic though, Arouca relentlessly pursuing more goals. Portimonense buckled in the 65th minute, being reduced to ten men as Moustapha Seck was dismissed for stopping a home team attack with his hand to collect a second yellow card.

Portimonense couldn’t survive the onslaught though as Dabbagh eventually added his second of the match, tapping into an empty net at the back post following a good team move.

Minutes later substitute and new signing Benji got in on the act, cutting inside onto his right foot to fire a low shot into the corner and compound Portimonense’s misery, crowning a superb team performance with a fully deserved 4-0 victory.

The prize too was worthy of the display, sitting in 6th place at the halfway stage would have been a scarcely believable prospect last summer.

Quite the achievement for Evangelista to have got his charges to such a position in the league table given the budget and resources available to him. A remarkable 2015/16 campaign for Arouca saw them finish in 5th place and qualify for the Europa League, and on current evidence their fans may just dare to dream of a repeat scenario come May.