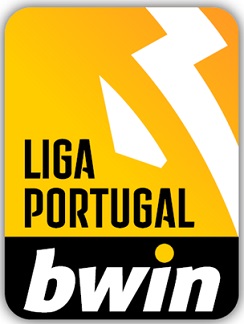 Data continues to play an ever-increasing role in the world of football, and it’s gone beyond clubs wanting access to said data so they can see how their teams and players are performing.

Football pundits, commentators, fans and more are keen to have access to as much data as possible, and a significant step forward has been taken with the introduction of the iBall.

The top division in Portuguese football, known as Liga Bwin, which, as you can guess, is sponsored by Entain’s bwin, the global gaming company also behind online casino PartyCasino, is the first to put the iBall to work after receiving approval from FIFA.

The league were waiting for the ball, which contains a sensor developed by Kinexon, to get the thumbs up from FIFA in the form of a FIFA Quality Pro certificate, which duly arrived. Everything was then good to go.

The iBall made its debut in the relegation playoff game, which saw Moreirense take on Chaves, with there being over three hundred metrics tracked during the game in real-time, which were then supplied to everyone – clubs, pundits, commentators and fans. And this wasn’t just a case of team metrics being tracked or things happening to the ball, as Kinexon provided the complete package, which makes iBall and everything that goes with it appealing to all, including more prominent leagues and teams.

Kinexon’s full package included the lightweight sensor fitted inside the FIFA-approved football, as well as players wearing Kinexon sensors underneath their shirts, which allowed for an even better data tracking service. The ball, equipped with the Kinexon sensor, played as usual, with no hindrance, and the metrics tracked included everything from how fast the ball moves to hard it’s been struck. And as you will expect, precision here is crucial.

The sensors under the player’s shirts arguably took precision to the next level during this game in particular, as movement could be tracked down to a three-dimensional centimetre. Player metrics included how long they were in possession of the football for, how long on average before they took a shot, and much, much more. Because of how precise the data collected can be, it makes it more useful than any data analysis of this nature seen before.

What’s arguably telling is that after the game, both managers involved said the data they had to hand, supplied in real-time, had made their jobs easier. And hearing this must have been music to the ears of those involved, such as Kinexon, who now aim to establish relationships with some of Europe’s top football leagues. If they do so successfully, it won’t be long before iBall becomes a global product.

As we’ve seen many times previously, football is a sport that is willing to move with the times when necessary and to its own benefit, with the introduction of VAR a prime example. Data’s influence on the sport will only keep growing, and iBall and the work of companies such as Kinexon certainly have a role to play in this area for many years to come.