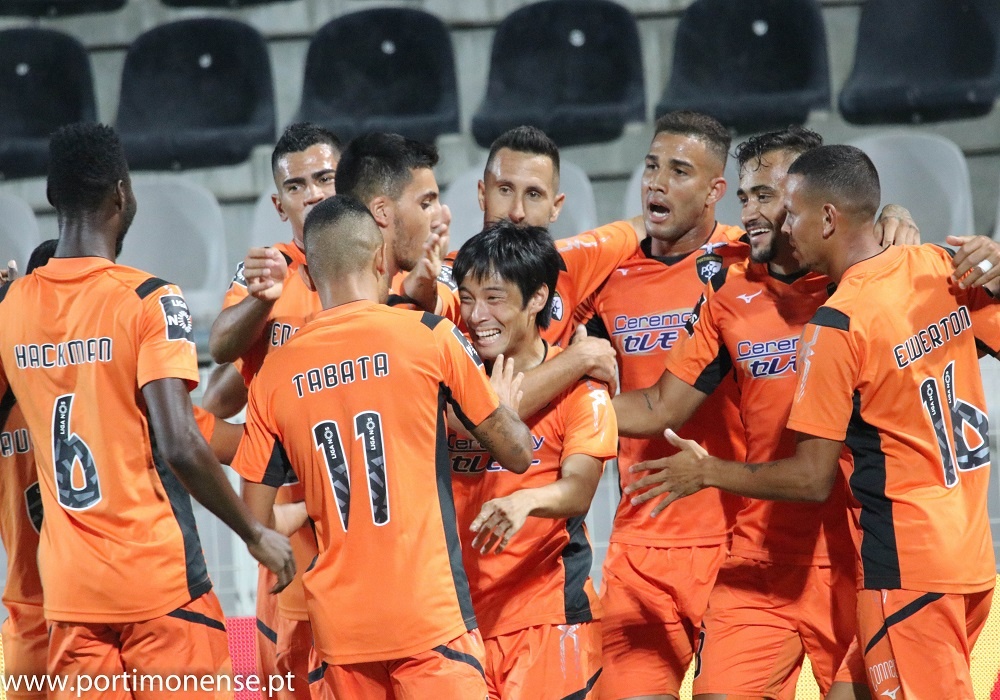 After a lengthy hiatus thanks to the international break, as well as the commencement of the Taça da Liga group phase, Liga NOS made a welcome return to action this weeked. Jornada 5 featured a couple of routine wins for giants Benfica and Porto, Tondela grabbed their first 3 points of the season in beating Moreirense, while Braga edged Sporting in the clash of the round at ‘The Quarry’ last night.

Arguably though the most thrilling encounter came down south, as Algarve side Portimonense gained their maiden win of this campaign with a 3-2 triumph over Vitória Guimarães. The southerners have struggled this time around after an impressive 2017/18 but prevailed here in no small part due to their star playmaker Shoya Nakajima, who is PortuGOAL’s Figure of the Week.

Like the rest of his team, Nakajima has made quite a slow start to the season after a scintillating previous season, during which he rightly attracted strong interest from Portugal’s biggest clubs. The Japanese international ended it with an impressive 10 goals and 13 assists from his 33 games in all competitions, but prior to Sunday's match he had failed to register any of either as his side lost 3 of their opening 4 matches in the league. Nakajima, and indeed the team as a whole, looked to be suffering under the burden of having no traditional striker to hold the front three together, his side having sold centre-forwards Fabrício and Jorge Pires in the summer.

This lack of a more natural focal point has been remedied now with the arrival of former Porto goal magnet Jackson Martinez, as well as the lesser known João Carlos, a Brazilian signing from Fluminense. The latter made his starting XI debut on Sunday night and straightaway it clearly boosted the team, managing to get the best out of key players Nakajima, and Brazilian midfielder Paulinho.

Portimonense began the encounter strongly as Nakajima broke the deadlock in just the 5th minute. The goal typified the player in many ways, showing superb technique to control Paulinho’s long pass, and while he had a touch of fortune to fashion some room for a shot he still expertly found the corner with his low effort.

Vitória got themselves a fortuitous equaliser through Jadson’s own goal but Portimonense regained the lead in the 69th minute, Nakajima turning provider for Paulinho this time, finding the Brazilian who turned well before burying his shot past Douglas Jesus.

Vitoria thought they had secured a point late on through Ola John’s equaliser, but Nakajima struck again in the 86th minute to secure the vital victory. Falaye Sacko’s terrible error let Portimonense’s number 10 in behind, and he made them pay with a glorious lobbed effort over Jesus.

Nakajima’s return to form is a welcome site for both Portimonense and Liga NOS fans in general, having been one of the most thrilling players to watch in full flow last season. He boasts everything required to become a real superstar and with all due respect, is surely destined for a higher level than he is currently at. Porto, Benfica and Sporting were all reportedly knocking on the door for his signature last January, expect them to knock considerably louder in a few months time if he keeps playing like this.