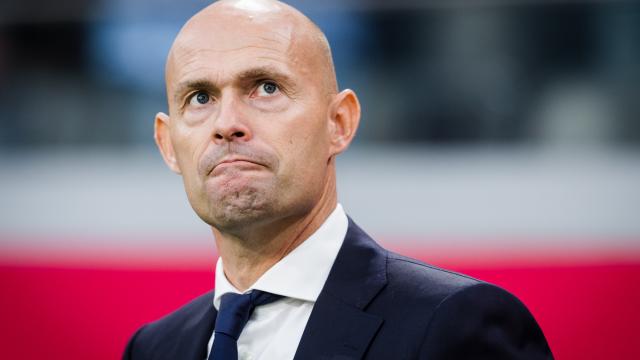 Unlike most presidential campaigns dotted around the Mediterranean footballing panorama, the hunt for the top job at Sporting included no new managerial promises to sweeten budding members of the club during Septmeber's emergency elections, with each remaining candidate sticking by José Peseiro and his winning start to the 2018/19 season. Large pockets of the Lions support had been less than convinced by the 2005 UEFA Cup finalist, however, meaning that it was only a matter of time before the new club president, Frederico Varandas, called for a conclusion on Peseiro’s tenure.

The aftermath of Sporting’s 2-1 loss to Estoril in the League Cup, resulting in Peseiro’s sacking, brought forward fresh calls for the Green & Whites to appoint a domestic manager, familiar with the demands of the Primeira Liga, that translated into the likes of Paulo Sousa and Miguel Cardoso finding their way onto the front pages. The newly-elected club president holds a different vision, however, turning instead to Dutch boss Marcel Keizer, formerly of the Emirati club Al-Jazira, to lead the way in a new era for the title-hungry club. But just who is the man Varandas has chosen to back?

Nephew of the late Netherlands international and Ajax winger Piet Keizer, a teammate of Johan Cruyff’s during the ‘TotaalVoetball’ days, Keizer’s connection with the golden years of Dutch football runs deep, serving as the foundations of his managerial identity. In a bid to outshine a low-key footballing career, the 49-year-old took that philosophy with him to the likes of Telstar and F.C. Emmen in the lower tiers of professional Dutch football before his break into the top-flight with former club SC Cambuur. Following relegation from the Eredivisie in 2016, Keizer was later trusted with being the middleman at Ajax for the 2016/17 season, taking control of their reserve squad, Jong Ajax.

Never afraid to blood youngsters, a quality admired and generally demanded by the Ajax hierarchy, Keizer and his men, including the likes of Matthijs De Ligt, Abdelhak Nouri, Frenkie De Jong and Justin Kluivert, were able to storm to a second-placed finish in the Dutch second division, the Eerste Divisie. Such a feat, including a staggering 93-goal tally, served to land him the main job in Amsterdam, as Ajax said their goodbyes to Borussia Dortmund-bound Peter Bosz in the summer of 2017.

Life proved to be tough at the helm of Benfica’s UEFA Champions League opponents for Keizer, who’d fail to deliver any form of European football via the qualifiers shortly after Nouri's unfortunate cardiac attack, but with a little time to respond, much of that was soon overwritten with big wins, such as the 8-0 triumph over NAC Breda, or victories against rivals Feyenoord and PSV Eindhoven. The distance between Ajax and table-toppers PSV spoke the loudest, however, bowing out of the job mid-season to a six-point-gap and a Round of 16 cup defeat to FC Twente. A quick detour to Abu Dhabi saw Keizer take charge of Al-Jazira, currently second in the Arabian Gulf League, at the start of 2018, but he’s now back on European shores to present an interesting project for Sporting to get behind. 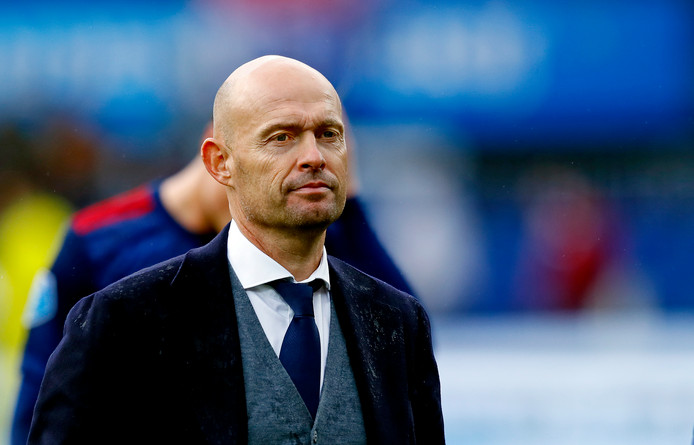 As mentioned, stylistically, Keizer absorbs a lot from the Cruyff era, promoting possession-based football within a 4-3-3 framework that can be likened to what we've seen at Barcelona, Spain, Ajax themselves and many more over the years. The moment possession is lost, relentless but organised efforts are made to win the ball back as soon as possible, requiring the front three to set the tone for the pressing. The style seeks technical comfort in each and every player available for ball retention, transferring those mannerisms right through to the youth teams. In turn, there’s the chance for Sporting to look towards their bubbling academy in much the same way Ajax do to supplement the needs of the squad, both practically and, furthermore, financially.

One vacancy that could soon open up under Keizer is the defensive midfield role, often so key in setting the tempo for teams and maximising the circulation of possession, in particular against deep blocks. The sticking point emerges in Sporting's very visible struggles to fill William Carvalho’s shoes since the start of the season, with Nemanja Gudelj and the injured Rodrigo Battaglia struggling to live up to the billing from deep and new boy Stefano Sturaro yet to feature, sustaining an injury of his own.

In Sporting's search for a specific profile, a fresh mindset may open the doors for someone like the sporadically-used Wendel, often been cited as a player with the baggage to conduct his job deeper than we’ve seen up until now. Names such as Daniel Bragança and Miguel Luis, starring outside of the first team, also contain the potential to leave an impression sooner rather than later, but the need for patience, allowing Keizer to find solutions, sculpt his player roles and tactics, is clear.

Whether that’ll be afforded to the Dutchman, unlike his time at Ajax, is unknown. Without being a household name to the Portuguese public, in addition to the existent fractious behaviour within Sporting's camp, Keizer’s appointment may not be the safest bet Alvalade has seen, but should it pay off, there are many good things that can be extracted from this collaboration - one Varandas will undoubtedly hope can redefine the club's identity for many years to come, with or without Keizer.

I hope this does not start a new trend of hiring international. Portugal have been producing amazing managers.

Sporting did well against Arsenal and are in touch in the Liga so the squad is there.