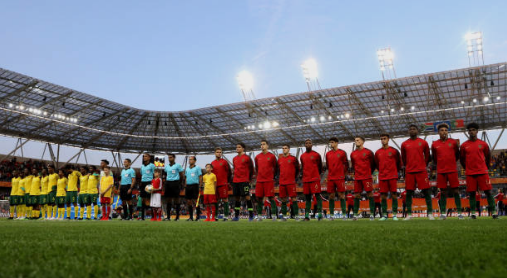 With the Belgian, Dutch and French authorities definitively cancelling the 2019/20 football season due to the COVID-19 outbreak, things in Portugal look set to turn out differently after plans about a possible return were outlined, this week.

Given the unforgettable campaign in more ways than one, all that’s left for us to do is relish a future with some sort of normality restored. For a budding generation of Portuguese talent, never too far from the spotlight in the Primeira Liga, some of these highly-rated and coveted prospects could find themselves involved sooner rather than later in top-flight football in Portugal.

In PortuGOAL’s latest instalment of the Pearls of Portugal series, Patrick Ribeiro looks at four more potential stars of tomorrow: 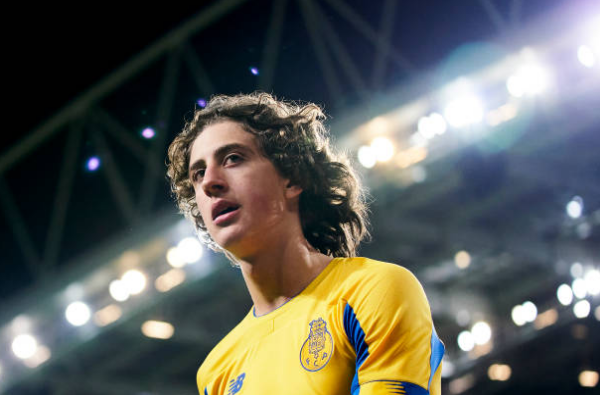 As fellow wonderkid João Felix made the switch south to Benfica at a young age, the 17-year-old inverted the route to land professional terms with the Dragons after a couple of years at Benfica’s academny, in what was seen by some as payback by Porto club president Pinto da Costa.

Comparisons are sure to be drawn at some point between the two forwards earmarked to lead the next Portuguese generation, but the attributes on show by Silva make it clear that the two are very different, and perhaps even capable of making up a fearsome duo.

Comfortable striking off both feet, as well as utilising his head efficiently, Silva manages to pack all the qualities of an old-school ‘Matador’ with a knack of being in the right place at the correct time, scoring all kinds of goals within the 18-yard-box.

His talents go beyond the opponent’s danger zone, demonstrating handy technical ability, an eye for combinations in and around the penalty area, as well as tenacity like few others to willingly press from the front. Silva works hard for his rewards and it shows, netting 33 goals in 39 games in last season’s wonder year for the Porto Under-19s, claiming the UEFA Youth League title and later translating that into three more precious goals for the first team that sees him become the northern outfit’s youngest ever goalscorer.

There’s certainly even more to come from the “€125-million man” tracked by the likes of Juventus, Liverpool and Manchester City. 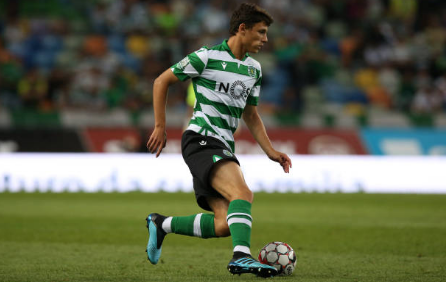 A void at centre-half has for many years raised concerns for the Portuguese national team, as the likes of Pepe and José Fonte wane in the latter stages of their career.

Hopefuls are beginning to emerge, however, and Eduardo Quaresma’s name is most definitely one to keep tabs on, as the young central defender eyes a role within the Sporting first team over the coming season.

Reasonably comfortable on the ball, Quaresma’s qualities describe that of a modern-day central defender, cute in possession and willing to play out from the back. His dribbling capabilities aren’t to be missed, which, when complemented with his blistering pace, enables the Alcochete graduate to break lines alone on the ball and makes him a handy option for Rubén Amorim’s five-at-the-back formation.

Although combative across the ground, aerially and physically, there are still some areas Quaresma would need to refine over the years to become a top-level centre-back, with a five-man defence perhaps being the ideal system to mask some of those flaws for the time being, but his chances of top-level success are as good as any in Portugal at the moment. 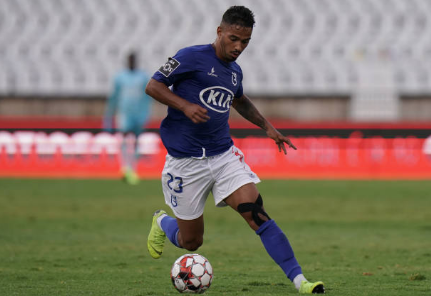 Sharing much of his formative years between Benfica and Belenenses, the route to the top of the Portuguese footballing pyramid has been a quiet one but, at the beginning of last year, Diogo Calila finally made a breakthrough with his debut versus Porto back in January 2019, having impressed for the Under-23s.

Calila’s good form from the flanks saw him make ten consecutive appearances for the first team, including seven starts, at the beginning of the 2019/20 campaign before a muscular injury pulled the brake on what promised to be a defining moment in the exciting full-back’s career.

Yet to make a full recovery, the 21-year-old leaves Belenenses with plenty to look forward to upon his return, displaying unique technical ability owing to his early years as a winger, lacing his dribbling ability with astonishing pace and power to blitz past opposition, handy anticipation and growing defensive qualities that make him a potential force to be reckoned with.

Perhaps, given current injury complications, he will be a bit of a late bloomer, but Belenenses have already done their bit by tying the technically-gifted wing-back to a new four-year-deal. 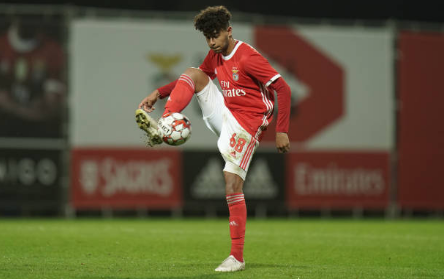 Rafael Brito’s official debut in red and white is yet to come but that hasn’t stopped some of European football’s elite taking a lengthy glance at Benfica’s versatile defensive midfielder, now tied down to a fresh four-year-contract at the club he has represented for ten years.

Capable of also filling in at centre-back, the Portugal Under-19 international’s composure and intent to build from the back at the base of midfield has made him a shoe-in for a future call-up to Bruno Lage’s first-team set-up, as he juggles appearances between Benfica B, the Under-19s UEFA Youth League side and the Under-23s, in the Liga Revelação.

The road ahead, with the likes of Julian Weigl, Florentino Luis and even rival talent in Henrique Jocú also in the mix, is sure to be a testing one for Brito, but the young number six has already set his sights on the lofty heights of Champions League and Primeira Liga football in the near future with his current club.