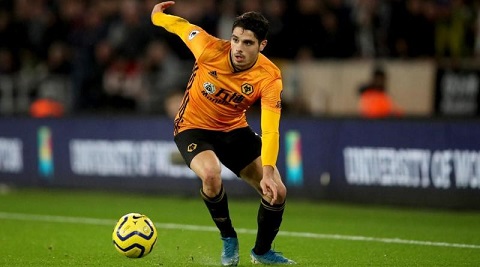 Portuguese players are no strangers when it comes to the Golden Boy Award. In the 2016 and 2019 editions, Renato Sanches and João Félix, respectively, took the prize, making Portugal the second biggest winner after France (Paul Pogba, Anthony Martial and Kylian Mbappé).

For this year's edition, Portugal is missing a strong number one contender. However, the latest Portuguese Primeira Liga Betting Odds show that there are eight very interesting Portuguese promises in the final list of 60. Let’s meet them.

Arguably the strongest Portuguese name on the list, Pedro Neto is still an unfamiliar player amongst many local football fans. After all, the 20-year-old winger from Viana do Castelo left Sporting de Braga for Lazio after only two games for the senior team. But in the summer of 2019, Neto departed from Italy to join Nuno Espírito Santo’s Portuguese armada in Wolverhampton. In the Premier League, Neto was given the opportunities he was not afforded in Rome and has proved to be a revelation.

With 5 goals in 44 games, Neto's breakthrough season was one to remember. The winger has developed his athletic prowess, his speed, and his decision making. In a team that counts on attackers as talented as Adama Traoré and Raúl Jiménez, Neto has shown he has all the skills needed to be one of the big boys.

When Rafael Camacho was signed by Sporting at the beginning of last season, fans hoped he could be as talented as another young Portuguese player who had joined a couple of years earlier: Bruno Fernandes. Camacho arrived in Lisbon with a solid reputation - even though he played only 6 times for Liverpool’s senior team, he showed in flashes he had a lot of promise!

But in Portugal, Camacho’s season was shaken by a very inconsistent Sporting, which wasn’t able to go past a disappointing 4th place finish. Even though Camacho’s first season in the Primeira Liga was not as good as Sporting fans had hoped, the right-winger (who can also play as a wing-back) is amongst the 60 most talented young football players in the world according to the Golden Boy Award selectors.

There was no shortage of youngsters in Sporting’s team throughout the season, particularly since Rúben Amorim became the club’s coach. Among all the new young talents at Alvalade, one who has particularly impressed fans is centre-back Eduardo Quaresma. Even though he is only 18-years-old, he shows a lot of maturity on the pitch, as well as a praiseworthy lack of nerves when it comes to big matches.

With Portugal in need of a renovation in the centre-back position (José Fonte and Pepe aren’t getting any younger), Quaresma seems like a player with a big, big future. Is he going to be Rúben Dias’s partner in the Portuguese national team in the future? Many believe he has what it takes to reach that level.

With the arrival of Jorge Jesus at Benfica, fans have reason to worry about Gonçalo Ramos’s future, especially considering the Eagles have brought in a number of big attacking signings. But Ramos’s debut for the first team was so good it would be surprising not to see him play at the Estádio da Luz ever again. With 1 match and 2 goals for the senior team, Ramos is still a question mark of a player. But one thing is for sure: he seems to know how to make the most out of a good opportunity.

Portuguese fans call him TT and the Golden Boy Award officials seem to love his style of play. So far, young right-back Tomás Tavares has still not convinced every Benfica fan out there. But the 19-year-old is hardly the main culprit for Benfica’s poor defensive performances throughout last season. He had some great matches and some not very good matches, but the André Almeida apprentice looks like he can develop his playing and evolve into an important athlete for Benfica. Is TT a poker hand to keep, or is the right-back surplus to requirements at the Lisbon club?

While Benfica (until this season at least) and Sporting are not afraid to throw their young stars into the first team, FC Porto’s coach Sérgio Conceição has generally taken a more pondered approach to up-and-coming prospects. Still, there was no shortage of young blood in FC Porto’s title run. Three of the club’s most-talented youngsters made it to the final selection of the Golden Boy Award, and two of them have made the leap to the most Portuguese-ever English Premier League side, Wolverhampton Wanderers.

Right-back Tomás Esteves, defensive-midfielder Vítor Ferreira (known as Vitinha), and striker Fábio Silva are the three Porto academy alumni on the list, which sadly had no place for the slightly older Fábio Vieira. The young trio played a minor but important role in FC Porto’s season, and Fábio Silva (who is a bonafide Football Manager superstar) has made the list for a second time. Silva and Vitinha are now playing their football at Molineux alongside Pedro Neto, and rumours continue to swirl that Esteves could also be in for a lucrative transfer abroad.

Fabio Viera looks the pick of the Porto bunch to me whilst Eduardo Quaresma has a touch of class to his game. Tavares is harder to gauge.

I don’t know what the criteria is that’s involved for who Fernando Santos picks for his team. Sometimes I truly believe that there’s a lot of hidden biases or politics going on. I’ve watched Pedro Neto play every week he’s been at wolves over the...

I don’t know what the criteria is that’s involved for who Fernando Santos picks for his team. Sometimes I truly believe that there’s a lot of hidden biases or politics going on. I’ve watched Pedro Neto play every week he’s been at wolves over the last two years and he’s 100% better than Goncalo Guedes is as an attacking winger. He’s much more intelligent and skilled in possession, he’s absolutely a much better dribbler and crosser of the ball and he’s one of the most exciting 1 vs 1 players in the epl, yesterday when wolves played city between Neto and Podence city couldn’t stop them. Where I’m going with this is.....what in the world does Neto have to do to get called up? I’m of the belief that when a player offers exactly what you need than you call him up. If santos wants an attacking winger than there’s zero doubt in my mind that as of today Neto is head and shoulders above Guedes from just about every angle a footballer can be viewed by.

If I remember correctly, isn't Neto about 4 years younger than Guedes? Plenty of time for Neto to come into his own. It's a good problem for Portugal to have depth in those positions. Remember the quality drop off in the late 2000s? After Postiga...

If I remember correctly, isn't Neto about 4 years younger than Guedes? Plenty of time for Neto to come into his own. It's a good problem for Portugal to have depth in those positions. Remember the quality drop off in the late 2000s? After Postiga and Almeida there was who? Liedson? (played great for Sporting but not for the NT), Edinho?

Lots of hate for Guedes, but he often plays out of position. The guy is supposed to be played as a second striker and not as a winger, but hey don't all Portuguese players play wing at some point? (lol). This link shows that he's actually better than he comes across.

Your text to link

Might get hate for this, but I don't see Podence being called up any time soon. Who would he replace on the current squad? Moutinho? Sure, but wouldn't you want Andre Gomes there? or Renato Sanches? Rafa? Bruma? The depth and secondary positioning on Portugal make us a dangerous threat anywhere. I just can't see him being able to knock someone off.

John, thanks for the link with the analysis. Guedes main problem is his injuries and then coaching turmoil at Valencia. Obviously, when he is healthy and playing he is very effective. I do however, like how Neto is progressing, better to have...

John, thanks for the link with the analysis. Guedes main problem is his injuries and then coaching turmoil at Valencia. Obviously, when he is healthy and playing he is very effective. I do however, like how Neto is progressing, better to have more than enough high quality players to call upon.

Podence is a unique player due to his size( or lack of). He has an excellent second half with Wolves yesterday and really look good in the second half. His nutmeg on DeBrunye was filthy.

But I do agree at this point for a tournament, he probably will not get the call up. But, as we go through qualifying for Nations League, I see he might be an option to make the team. Love having quality options to call upon.

Paulo Capela
There are no comments posted here yet