Why João Carvalho can be Portugal’s next star 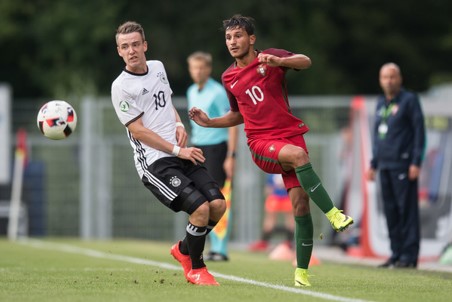 PortuGOAL turns the spotlight on Nottingham Forest’s Portuguese playmaker João Carvalho, who is showing plenty of quality at just 21 years of age in England’s second tier.

The Benfica graduate has been touted as a big talent ever since catching the eye in youth football. He made his debut in the Portuguese top flight on loan at Vitória Setúbal early in 2017, scoring against FC Porto at the Estádio do Dragão a few weeks later in a 1-1 draw.

Back at his parent club, Carvalho broke into Benfica’s first team last season, but in the summer he switched to the UK in a transfer that took many onlookers by surprise. His showings so far for the famous English club suggest the midfielder has a very bright future.

In the close season, Nottingham Forest felt compelled to spend £13.2 million on a player who had made just 22 appearances in the senior game.

Parting with that amount of money is a huge risk for a Championship club, let alone one that finished 17th the previous season - 22 points adrift of the play-off places having only rubber-stamped survival in late April.

The fact Forest – 7/4 for a top six finish with Betway as of 18th October - took that gamble on João Carvalho, helped by the financial backing of Evangelos Marinakis, suggests that they saw a player with potential that borders on world-class.

Carvalho was hugely impressive in Benfica’s youth and B team, as well as Portugal’s Under-21s – but has he build on that in the senior game?

The Portuguese playmaker has had a positive start to life on Trentside. He has played 11 short key passes, the joint-sixth most out of all the attacking midfielders in the Championship according to WhoScored.com.

He has completed the third-most accurate short passes, 238 and, despite not being rapidly quick, he has attempted 29 dribbles, the joint-second most, highlighting his ability to retain possession in advanced areas. 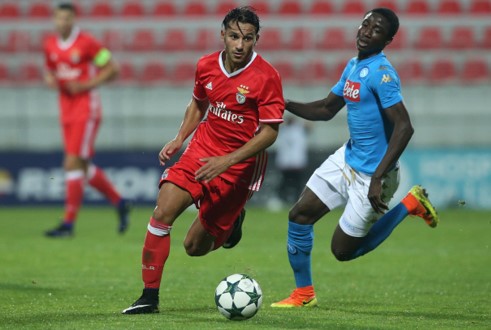 Carvalho might not pose much of a goal threat – he only takes 0.4 shots from outside the box per 90 minutes, with only Erhun Oztumer taking fewer. Players who take more shots will of course score more goals, but they might also waste a lot of good attacking moves in the process and deny teammates an opportunity to shoot from a better position.

By contrast, Carvalho will only shoot when the moment is right and his teammates benefit from his selflessness.

Whenever the 5’8” magician plays, there are often a few occasions when he appears to have overplayed a favourable situation by dwelling on the ball for too long, only to then pick out the inch-perfect pass to release a teammate.

His game is all about cute, delicate through balls into forward and wide players, not unlike Mesut Ozil at Arsenal or even David Silva, before the latter undertook more of a control-based remit under Pep Guardiola.

Of course, Ozil and Silva have proved their capabilities on the global stage: you don't win various trophies including one World Cup apiece without being absolutely wonderful footballers.

Where the German and the Spaniard have perhaps benefited though, is being part of expansive, possession-based sides that have a lot of players making runs off-the-ball to increase their chances of making the right decisions in possession.

It would be unfairly premature to pass any kind of judgement about whether Carvalho can or cannot reach Ozil and Silva’s levels, but it would be great to see him operating in a comparable system.

Under Aitor Karanka, Forest operate with a double-pivot in which the occupants, normally Jack Colback and Adlene Guedioura, do a good job of protecting the back-four, which is a big part of why the Tricky Trees have lost just once in the Championship to date.

The disciplined nature of Colback and Guedioura’s roles however, means that they are rarely given the licence to venture anywhere near the final third; it was a similar story with Grant Leadbitter and Adam Clayton when Karanka’s Middlesbrough side won promotion in 2015-16. 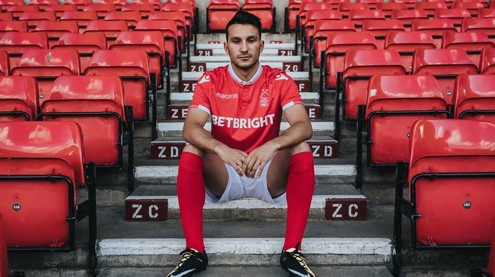 Granted, Forest might have some width from one of their powerful right-backs, either Saidy Janko or Tendayi Darikwa, but Jack Robinson is unlikely to offer much thrust from left-back.

For that reason, opposing defensive units can condense their focus on containing one creative maestro, free from the distraction of runners from deep. Sometimes, therefore, Carvalho can have the look of a player who has faded in a contest when in fact the real problem is that not enough of his teammates are on his wavelength.

If a more adventurous system were to be adopted, there is no reason why Carvalho could not build on a productive start to life in England and become one of the stars of the Championship. That first senior cap for the Seleção may not be far away and a very exciting future lies ahead.