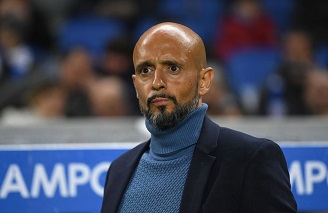 Miguel Cardoso was officially announced as the new manager of AEK Athens on Tuesday, signing a two-year contract in the Greek capital.

AEK are Cardoso’s third venture abroad inside the last 12 months, with the 47-year-old already having spent brief spells in France’s Ligue 1 with Nantes and in La Liga with Spanish outfit Celta Vigo.

Cardoso arrives at the Olympic Stadium as AEK reflect on a season in which they finished 23 points off Super League winners PAOK. AEK were defending champions heading into last season, but a third place finish was a disappointment and Spanish coach Manolo Jimenez was sacked over the weekend.

For much-travelled coach Cardoso, who was appointed AEK boss on his birthday, the job is the latest in a flurry of appointments over the last 12 months.  Having guided Rio Ave to an impressive 5th place finish and gaining plaudits for the quality of their football, Cardoso was appointed manager at Nantes last summer.

Related article: Identity on the field is key for new Celta boss Cardoso

However, his time in France was brief, lasting just eight league games before the Ligue 1 club opted to make a controversially early change. Cardoso was out of work for just a month before signing with Galicians Celta Vigo in Spain, but a struggle for results saw him sacked in March as the team desperately battled the threat of relegation.

Cardoso will be hoping for a case of third time lucky, as will AEK having appointed their third Portuguese manager. Seleção boss Fernando Santos coached AEK during two spells between 2001-02 and 2007-10, while long-time José Mourinho colleague José Morais, currently in South Korea with Jeonbuk Motors, led the club in the 2016-17 campaign.