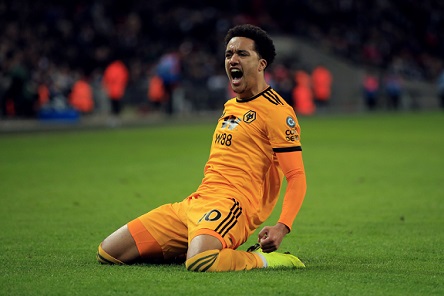 The transfer season is fully up and running, with Portuguese players changing clubs across the continent on an almost daily basis. The latest major deal to be confirmed sees Hélder Costa leave Wolverhampton Wanderers for English Championship contenders Leeds United.

Costa’s move comes the day after Spanish club Levante completed the signing of Porto’s Hernâni on a three-year contract at the Valencia-based club, where he will link up with Rúben Vezo following his €6m move from Valencia. Elsewhere, Tomané has left Tondela to sign for Serbian champions Red Star Belgrade, while speculation mounts over the futures of Ricardo Quaresma, Nelson Oliveira and Cedric Soares.

Hélder Costa’s move to Leeds is seen as a major coup for Marcelo Bielsa’s side, who impressed observers last season but lost out on promotion in the play-offs. Costa has signed a one-year loan deal at Elland Road, which will be made permanent at the end of the season when the former Benfica forward will sign a four-year contract.

The forward will be looking to contribute to a successful promotion charge for the second time in three seasons after helping Wolves back to the big time. To bet on Costa and Leeds returning to the Premier League, check out some of the best odds at tangkasnet.

The 25-year-old was a key player for Nuno Espírito Santo’s side when they achieved promotion to the Premier League during the 2017-18 campaign, but started less than half of Wolves’ matches back in the top flight last season. The Angolan-born wide man previously spent brief spells with Deportivo in Spain and Monaco in France.

“It feels great to sign for Leeds United,” said Costa.

“I’ve spoken a lot to [former Wolves player] Barry Douglas and he told me how big the club is and how amazing the fans are, so it wasn’t a tough decision to come here and I’m very happy to be here.

“It’s good to know Barry, he can show me everything about how Leeds works and I’m really looking forward to start training with my new team-mates.

“I’ve heard a lot about Bielsa, he is a great manager and I know at the end of this year I will be a better player than I am today and I’m really looking forward to working with him.

“I can’t wait to play at Elland Road soon, it is a big stadium and I’m sure the atmosphere will be great and I am ready for the challenge. It’s almost the same squad as last season here, the quality is there and hopefully we can push even further and get promoted this year.”

Spanish club Levante have completed deals for Porto forward Hernâni and Valencia defender Rúben Vezo. 27-year-old Hernâni arrives on a free transfer on a three-year contract, while Vezo has 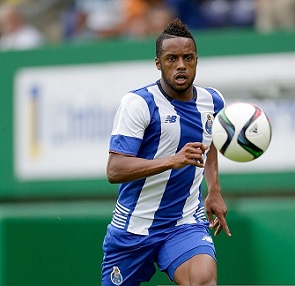 signed a five-year deal for a transfer fee of around €6m following a successful loan period with the Valencia-based club.

Hernâni leaves Porto after four-and-a-half years at the club, during which the 27-year-old has barely played for the Dragons. The former Vitória Guimarães man did not start a single league game last term, coming off the bench ten times, while his spell with Porto has also included loans to Olympiakos and Vitória.

25-year-old centre-back Vezo joined Levante on loan from local rivals Valencia in January, since when he became a priority for his new club during this summer’s window. Vezo managed to score twice during the second half of the season for his new club as Levante finished 15th in the Spanish top flight, and becomes the most expensive defender in the club’s history.

Portuguese forward Tomané has signed a three-year contract with Serbian double-winners Red Star Belgrade. Red Star are thought to have paid Tondela a fee in the region of €800,000 for the 26-year-old. 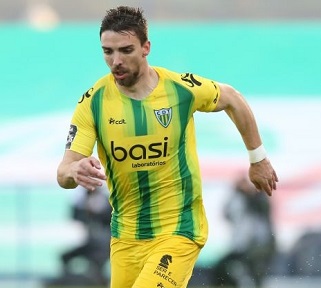 Tomané spent two seasons at the Beirão club, with last year representing the best goalscoring return of his career after netting 14 goals from 36 appearances. The move to Serbia is Tomané’s third venture abroad, having spent briefs stays in Germany with MSV Duisburg and Greece with Panetolikos.

“I came to the biggest club in Serbia,” he said. “It is a great honour to be part of the rich history of this team, which last year left a mark in the Champions League. I will do my best to be better. It was a big fight about my transfer, so I'm very happy to be here today.

“My job description is that I am to score goals. I want to join the team as soon as possible, to begin training with them and to fit in, in order to justify the trust and deliver the goals I have been signed for. I want to be part of the team, to help achieve the goals and to make the fans happy. I will do my best to score as many goals as possible.

“Before I was in contact with Red Star, I knew that they were a champion of Europe and the world and that it’s a club with a great tradition. In the past few months, I have been a lot more aware and followed the games and the team. Red Star is a team that has a habit of winning and I really like that.”

Other recent moves involving Portuguese talent across Europe include English club Watford signing 17-year-old Leandro Paiva from Neuchatel Xamax. The Swiss-born defender is a Portugal U17 international and joins The Hornets ahead of a season in which Domingos Quina is expected to take a greater role in the team. 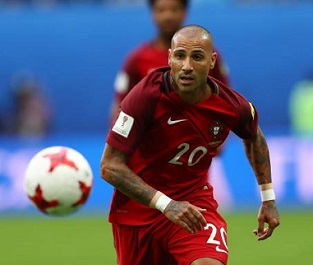 Sporting youngster Félix Correia is expected to complete a move to Manchester City in the near future in a €3.5m deal. Another former Sporting man on the move, meanwhile, will be Cédric Soares after Southampton made the Portugal right-back available for transfer following a disappointing loan spell with Inter.

Southampton showed interest in taking another Portuguese from Milan recently after an approach to loan André Silva from AC Milan was rebuffed. The Rossoneri appear yet to be certain of their plans for the Portuguese after his loan period with Sevilla proved unsuccessful, but Milan have made it clear that another loan deal is out of the question. Turkish giants Besiktas and Fenerbahce have been linked with the 23-year-old, who is believed to be valued at over €25m.

One especially intriguing rumour sees Ricardo Quaresma linked with a move to LA Galaxy in MLS. According to reports in Turkey, the American outfit are keen to pair Quaresma with star striker Zlatan Ibrahimovic, and the 35-year-old’s deteriorating relationship with his club Besiktas could facilitate Galaxy’s chances of getting the former Sporting and Porto man out of his current contract.

Finally, the Portuguese flocking to Greece shows little sign of slowing, with AEK Athens boss Miguel Cardoso believed to have requested the signing of Nélson Oliveira (Norwich City) and new PAOK boss Abel keen for the club to reignite a permanent deal for Porto’s Sérgio Oliveira.