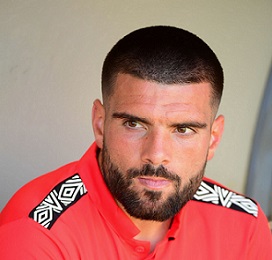 Pedro Rebocho finally secured his long-awaited summer move from Guingamp this week when he signed a one-year loan with an optional purchase at Turkish giants Besiktas. The left-back joins Ricardo Quaresma at the Istanbul club and makes the switch after two seasons in France.

Remaining in French football however is José Fonte, who has been issued a new contract at last season’s Ligue 1 runners up Lille. The 35-year-old still had a year to run on his deal at the Stade Pierre-Mauroy but has been rewarded with an extension until 2021 due to the influence Fonte has already made with the club.

Former Benfica full-back Rebocho was widely expected to leave Guingamp after their relegation from Ligue 1 last term, with a host of clubs in France and abroad linked with the 24-year-old. Despite a miserable season for his team which resulted in a bottom-placed finish, Rebocho caught the eye with his attacking contributions down the left for the Brittany side.

Related article: Where next for Pedro Rebocho? Clubs circle round Guingamp’s Portuguese gem

Rebocho’s impressive assist tally of 12 in all competitions led to his name appearing in newspaper columns in connection with a variety of clubs. Marseille, Lille, Lyon, Saint-Etienne in France, England’s Leicester City and Watford and Mallorca and Real Betis in Spain were all linked with the Portuguese, who was nominated for a place on the list of candidates for the Ligue 1 Team of the Season.

Besiktas have had a number of Portuguese players over the last decade, including many established internationals. Former Seleção star Simão Sabrosa, Manuel Fernandes, Hugo Almeida and Pepe all turned out for the Black Eagles, while uncapped duo Bebé and Júlio Alves also had spells with the Istanbul club. Having turned out for Portugal’s U21 sides, Rebocho will be hoping to join the former list as a senior international before long. 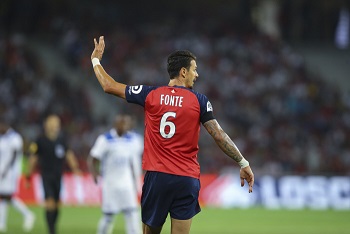 Lille’s decision to hand José Fonte an extension to his current contract is testament to the impact the veteran stopper has made in French football. Fonte, whose career appeared to be winding down when he moved to Chinese side Dalian Yifang after an unsuccessful spell with West Ham United, became vice-captain at Lille last season during his first year with the club.

Fonte featured in 36 league games for Lille last season, scoring three times as Christophe Gaultier’s side surprised many by finishing second behind Paris Saint-Germain. The former Sporting man revealed last December that he “had never felt so confident and relaxed” after adapting seamlessly to French football.

The Penafiel native turns 36 at the end of the year, but such is the regard in which he is held at his club, Fonte is now tied to Lille for two more years until 2021. Fonte’s men are preparing for a return to the Champions League this season, having qualified for the group phase through their impressive league showing last term.