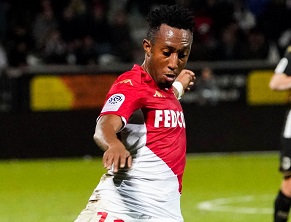 The French Football Federation have confirmed that suspensions will be frozen between the dates of March 13 to June 30, meaning that Gelson Martins’ six-month ban will be extended.

The Portuguese received his suspension in March for pushing a referee during a 3-1 defeat against Nimes in February. Although Gelson apologised and referenced his excellent previous record, the referees’ union in France condemned the incident as “shameful, intolerable, unbearable, indefensible, inadmissible and should not happen on a football pitch."

The disciplinary committee chose to enforce the heavy punishment and the former Sporting man was initially suspended until early August. Recent reports had suggested the end of the French league amid the covid-19 pandemic would not affect Gelson’s case, but today’s announcement means much of the time already spent on the sidelines will not count towards his suspension.

Gelson will therefore spend a total of around nine months out of action.