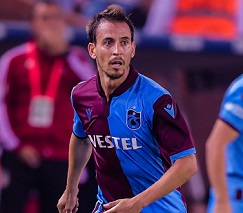 While Andre Silva’s exploits in Germany stole the headlines in the Portuguese Abroad section this weekend, the gradual resumption of Europe’s domestic leagues is seeing Portugal’s contingent across the continent making their return to action.

Seleção captain Cristiano Ronaldo was back on the field on Friday evening, with the Juventus man missing an uncostly penalty as the Bianconeri advanced to the Coppa Italia final. Elsewhere, there was a stunning late goal in Bulgaria for Tiago Rodrigues, and João Pereira was in form for Trabzonspor who continued their quest for glory in the Turkish Super Lig.

Ronaldo and Juve into final

Napoli will play Juventus in the Coppa Italia final on Wednesday after the semi-final second legs were finally played ahead of the weekend. Juventus progressed on away goals against Milan following a goalless draw in Turin which meant the tie finished 1-1 on aggregate, with Cristiano Ronaldo’s penalty in the first leg proving decisive.

Ronaldo could have repeated the feat in the return fixture on Friday but his spot-kick after just 15 minutes struck the inside of the post. Milan’s escape from danger was brief, as just seconds after 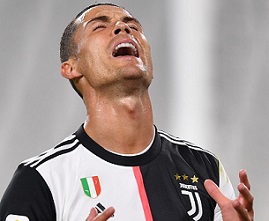 the ball was cleared Ante Rebic caught Danilo with a high boot, for which he received a swift red card and gave Juve a numerical advantage for over three quarters of the game.

Napoli await Juve in the final after overcoming Inter 2-1 on aggregate following a 1-1 draw in Naples in the second meeting. Portuguese full-back Mário Rui was an unused substitute on the night.

Juventus coach Maurizio Sarri spoke about Ronaldo after the match, particularly in the context of the Portugal captain playing in an attack with both Paulo Dybala and Douglas Costa for the first time. “I asked Ronaldo to take a more central role, he was pleased to try it out and he played the game he needed to at this moment,” Sarri said. “He probably isn’t accustomed to missing a penalty, so hitting the inside of the post it could go anywhere and he was unlucky.

Juve defender Leonardo Bonucci also remarked: “Even the greatest can make mistakes, Milan could’ve scored at any moment, so we still had to be alert. I think we’ll see a great Juve and a great Ronaldo going forward.”

“I don’t think playing him a few metres more one way or another is going to make a huge difference to such a strong player. Everyone had a strong opening 30 minutes and then faded away.”

With an Italian league and cup double still on and the Champions League to play for, Ronaldo is well placed to add to his gilttering collection of trophies. For the chance to join in the winnings a visit to Bobcasino review is recommended.

There was a strong contender for Goal of the Season in the Portuguese Abroad section on Sunday as Tiago Rodrigues earned CSKA Sofia a point in Bulgaria with a stunning late strike. Rodrigues, who is one of CSKA’s most influential players, let fly from outside the box to level the score at 1-1 against Lokomotiv Plovdiv.

Also in the Bulgarian First League this weekend, Filipe Nascimento played for Levski Sofia in their 3-1 win at Arda, while Patrick Andrade and Jordão Cardoso featured for Cherno Moore who secured a 2-1 victory over Vitosha Bistrista. 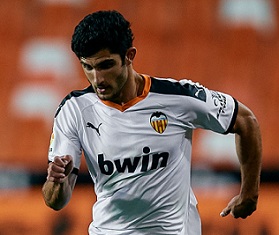 Spanish football is back and the Seville derby between Sevilla and Real Betis marked the return of La Liga last Thursday. William Carvalho was an unused substitute for Betis while Sevilla, who won 2-0 with two second-half goals, did not call Rony Lopes from the bench as they maintained third place.

Real Madrid’s Santiago Bernabeu was the setting for Portuguese defender Rafa to make his debut for Eibar following a January loan switch from Vitoria Guimaraes. Paulo Oliveira joined Rafa in the Eibar side which lost 3-1 to Los Merengues. Meanwhile, João Félix missed Atletico Madrid’s 1-1 draw at Athletic Bilbao through suspension, but a recent minor injury is not expected to keep him out of any further action.

Champions Barcelona were 4-0 winners at Mallorca, with Nélson Semedo coming on to play the last twenty minutes. Granada had Rui Silva and Domingos Duarte in the line-up and brought Gil Dias on as they overcame Getafe 2-1 at home, with Vitorino Antunes on the visiting bench. Finally in Spain, Gonçalo Guedes played for Valencia and Rúben Vezo turned out for Levante as their derby match ended 1-1, while Kevin Rodrigues played the full match for Leganes in a 2-1 loss to Valladolid.

Trabzonspor’s dream of a first Turkish title in 36 years remains on course after a hard-fought and impressive 3-1 win away against Goztepe. Trabzonspor spent most of the match with 10 men following the 41st-minute dismissal of Guillerme but their victory keeps them ahead of Istanbul Basaksehir on goal difference. Portuguese right-back João Pereira played for the leaders and the veteran registered an assist when crossing for Anthony Nwakaeme to head past Portuguese goalkeeper Beto for the opening goal of the game.

Elsewhere in Turkey, Ricardo Quaresma played for Kasimpasa as they came from behind to win 2-1 at Yeni Malatyaspor. Former Braga man Marafona was in goal for Alanyaspor in their 2-0 loss to title-chasers Istanbul Basaksehir, while Pedro Rebocho was an unused substitute for Besiktas in a surprise 2-1 home defeat against Antalyaspor. Ever a league for high Portuguese involvement, 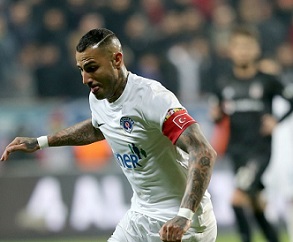 Daniel Candeias (Genclerbirligi), Ivanildo Fernandes (Rizespor), André Sousa (Gaziantep) and Tiago Pinto (Ankaragucu) were all in action during the latest round of play.

Best of the rest:

While André Silva was Portugal’s star performer in the German Bundesliga, Raphaël Guerreiro was also in action as Borussia Dortmund scored a 95th-minute winner through Erling Haland against Fortuna Dusseldorf. Guerreiro played the full ninety minutes and had the third-highest pass completion rate of all 20 outfield players who started the match with 90.5%. In the Bundesliga II, goalkeeper Daniel Fernandes was on the bench for Hamburg as they won at Dynamo Dresden.

Polish football has been back since the end of last month and has seen four rounds of action in the Ekstraklasa since the resumption. Lechia Gdansk’s Flávio Paixão was the star man on the return with a hat-trick but has not scored since and was a late substitute – as was José Gomes - in Lechia’s 1-1 draw with Pogon on Sunday. Tomas Podstawski of Pogon, Tiago Alves (Piast Gliwice) and André Martins (Legia Warsaw) were all in action, while former Braga midfielder Pedro Tiba provided an assist for Lech Poznan in their 3-0 with at Korona Kielce.

The Romanian Liga I is back and champions CFR Cluj secured a massive three points by beating Steaua Bucharest 1-0 with Camora in defence, moving seven points clear of their nearest rivals at the summit. AEK Athens, with Hélder Lopes and Nélson Oliveira in the line-up, won 2-0 in the Greek Super League against OFI, for whom Lisandro Semedo and Ricardo Vaz featured. In Croatia, João Escoval played in defence for Rijeka in a goalless draw at Varazdin, while central defender João Pereira was in action during SønderjyskE’s 1-0 win over Lyngby in Denmark’s Superliga and Rui Pedro played the full ninety minutes in Hungary for Diosgyor in a 3-0 defeat to Kaposvári Rákóczi.

Olympiacos are within touching distance of regaining the Greek championship after a 3-1 win over Aris put them 17 points clear at the top of the Super League. Led by Pedro Martins, Olympiacos – who had José Sá in goal and brought Cafú on during the second half - are still undefeated after 28 rounds of action. Bruno Gama was in the Aris line-up and Hugo Sousa came on at half time. Champions PAOK, led by Abel Ferreira, are in 3rd place and lost further ground after a goalless draw against Panathinaikos with Vieirinha in defence.

Luís Castro’s Shakhtar Donetsk are on the verge of being crowned champions in Ukraine after a 1-0 win at Kolos Kovalivka saw them move 16 points clear at the top of the Premier League with six matches remaining. Elsewhere, in South Korea Jose Morais’ Joenbuk Motors lead the K-League 1 after six rounds thanks to them beating Incheon United 1-0 at home, while Ricardo Chéu’s Spartak Trnava went down 2-1 at Zilina in the Slovakian league.

Andre Silva is really starting to find his feet in Germany and its great to see! I think there's a very good player in there somewhere and playing at a less pressurised club will hopefully bring it out.
Joao Pereira still rocks.
Guedes is a...

Andre Silva is really starting to find his feet in Germany and its great to see! I think there's a very good player in there somewhere and playing at a less pressurised club will hopefully bring it out.
Joao Pereira still rocks.
Guedes is a mystery and hasn't done well at Mestalla after an initial successful first season. He looks like he doesn't know what he's doing. Whether this a coaching problem or the fact the club seems to be always in crisis I don't know but he's in need of some form for a sustained period of time to prove himself or he might just disappear.
On another note I feel Gelson Martins lengthy ban was absurd.

I very much agree with you on Gelson. For me it's a situation in which they should have had a little heart. Putting him out of the game for 9-10 months is harsh.

Silva finding form is a great story. Never could fault his effort, nice to see him...

I very much agree with you on Gelson. For me it's a situation in which they should have had a little heart. Putting him out of the game for 9-10 months is harsh.

Silva finding form is a great story. Never could fault his effort, nice to see him getting the rewards!