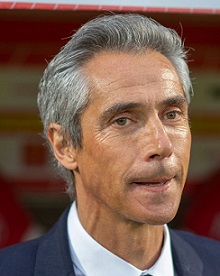 Paulo Sousa has left his role as manager of Ligue 1 side Girondins Bordeaux, ending weeks of speculation over the Portuguese’s future in France.

The well-travelled coach arrived at Bordeaux in March 2019, but disputes with the board over recent months had seen his long-term stability at the club thrown into doubt. On Monday, Sousa confirmed in a social media post that he is moving on after almost 18 months at the helm.

"Our adventure in Bordeaux ends today,” he said. “Our dreams and goals have not come true, but we will keep this club and this city in our hearts forever.

Poll by Bordeaux fans shows that 95% would rather keep Paulo Sousa as coach and lose the president. Interesting https://t.co/9RGMf8yEbP

“My players showed great discipline, courage, commitment, unity and loyalty. Since my first day at the service of Bordeaux, I said with conviction that the most important thing is that the soul of the club is the fans. Today, in my farewell, I leave this message: keep fighting for this sleeping giant.”

Bordeaux are unimpressed with the way Sousa chose to announce his departure, declaring in a statement: “We regret this decision as well as the way in which his announcement was made,” after Sousa reportedly also informed his players without authorisation, but the club have moved quickly to replace him with former assistant Jean-Louis Gasset.

Sousa, who led his side to a 12th place finish in Ligue 1 last term, already has a vast wealth of experience of coaching across many leagues. Bordeaux were the 9th club of Sousa’s career, during which he has worked at various levels in Portuguese and English football, before embarking on a journey taking in Hungary, Israel, Switzerland, Italy and China.