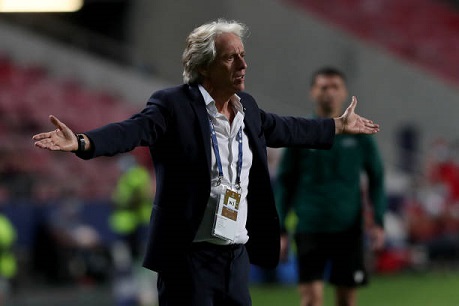 Having four Portuguese coaches at the helm of some of Brazil’s biggest clubs for the 2022 campaign was always likely to be a fun ride to follow. However, it has been a Luso coach who is without a job – Jorge Jesus – creating many of the headlines over the last week.

Jesus’ open declaration of interest in returning to his former club Flamengo, where Paulo Sousa is currently in charge, has caused widespread controversy and extreme criticism of the veteran coach. Meanwhile, after five rounds of action in the Campeonato Brasileiro, Vítor Pereira’s Corinthians are the early pacesetters.

The new season began last month with a remarkable quartet of coaches from Portugal. Abel Ferreira continued at Palmeiras having secured back-to-back Copa Libertadores crowns, and he was joined by Paulo Sousa at Flamengo, Vítor Pereira at Corinthians and Luís Castro, who took charge of recently-promoted giants Botafogo.

The trend of Portuguese managers in the country, which has also seen Jesualdo Ferreira and Ricardo Sá Pinto test themselves in Brazil, was without doubt inspired by the achievements of Jorge Jesus in 2019. The former Benfica, Braga and Sporting boss led Flamengo to an incredible Brasileirão and Copa Libertadores double before departing after one year to return to Lisbon with Benfica.

Now a free agent, Jesus caused a huge stir earlier this month when discussing the possibility of returning to coach in Brazil. Already somewhat of a legend at the club, his name was chanted at Maracanã throughout the 2020 season and many supporters were left disappointed when Sousa was handed the reigns around the time Jesus left Benfica for the second time.

Sousa’s early steps with Flamengo have been far from comfortable. Having dropped a major shock by leaving his job with the Polish national team to head for Rio de Janeiro in January, Sousa lost three finals in the space of a few weeks ahead of the new league campaign. Flamengo sit 14th having taken just five points from their five matches in Brasileirão.

Speculation over a possible return for Jorge Jesus irked Sousa back in April, but the situation took another turn last week when Jesus openly declared an interest in his old position. Jesus spoke to UOL Esporte journalist Renato Mauricio Prado after Flamengo’s 2-2 Copa Libertadores draw at Talleres in Argentina, and was candid about his future plans.

“This team still touches me. It bothers me to see them in trouble. I am sure that if I had continued we would have achieved a long hegemony here. We were well ahead of the other clubs. Other offers from Brazil? I’m only interested in coaching Flamengo in Brazil. What I suffered in Portugal for going to Sporting was enough.”

Jesus’ words caused uproar in Brazil, given the precarious nature of Sousa’s status. Flamengo went on to lose their next game 1-0 to Luis Castro’s Botafogo in a Rio de Janeiro derby, and Sousa is believed to have received messages of support from the likes of José Mourinho and members of the Benfica staff, after his position was undermined. 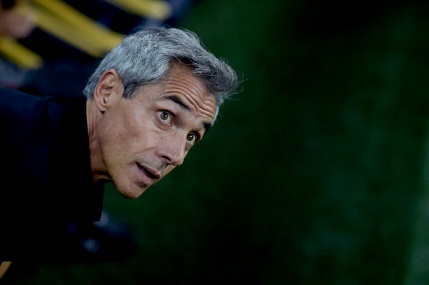 “In relation to Jorge Jesus, he is a coach I respect,” Sousa responded. “I respect history at Flamengo, I respect the importance of history and what Jorge was at Flamengo in 2019. But we also have to respect Paulo Carpegiani, who won the most important title in the club’s history, which is the Club World Cup,” he added, referencing the major trophy Jesus failed to win at Flamengo.

“I just ask God to bless him and his family. And may he, very sincerely, have health and peace, especially with himself. And success.”

“He should make excuses to Benfica fans”

Others were not so well-mannered, with Sousa’s agent Hugo Cajuda releasing a statement which included: “We have witnessed a deplorable moment. Only someone who is disturbed and desperate can show such a lack of ethics, lack of respect and lack of professionalism. Despite his long history, the aforementioned person manages to climb another level in this shameful episode.”

Cajuda also took a swipe at Jesus for leaving Flamengo having renewed his contract, for which he cited the pandemic as the cause, and attempting to blame the Brazilian club for instigating problems ahead of his sacking by Benfica in December. “It’s a continuation of the “I” always overshadowing the “we” and trying to justify everything,” said Cajuda. “The justifications and excuses should be given to Benfica fans who saw €150m spent and zero trophies!”

Media figures have also rounded on Jesus, with pundit Neto firing: “This rascal, this Zé Ruela, this disgrace, he did a barbarity that was the worst thing I’ve seen in football in 35 years. I’ve never seen something as dirty as this.”

Meanwhile, former Brazil international and World Cup winner Denilson added: “If I were Paulo Sousa, I’d say: 'What a joke, that’s a lack of respect for the work I’m doing here.' Congratulations to Jorge Jesus, who did an excellent job, but I think he lacked respect for a professional. For me, it was a great lack of respect from Jorge Jesus. I’m talking about professional conduct, an ethic towards a partner, a fellow countryman.

“And regardless of being Portuguese, it is a lack of respect for a professional who is in charge. And it seems that the work is being done well, that the management and the players are satisfied with Paulo’s work. Here comes a statement like that to disrupt the environment and cause more pressure within Flamengo.”

Although Jesus’ actions have made him unpopular in the wider Brazilian football landscape, he remains adored by the Flamengo supporters. The Mengão following once again sung Jesus’ name in the defeat to Botafogo, which came in the midst on the controversy, while president Rodolfo Landim expressed support and trust in Sousa but acknowledged poor results.

Jesus’ return to Brazil is far from inevitable, with Landim keen to downplay the possibility and state that the pair have not spoken in 2022. In the meantime, Jesus continues to be linked with Turkish giants Fenerbahce, who long dispensed with their Portuguese predecessor Vítor Pereira, who was fired last year. 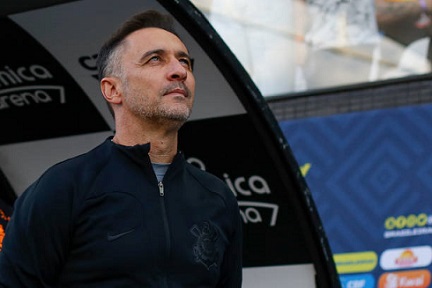 Corinthians on top, but not without criticism

Pereira now finds himself leading the Brasileirão. His Corinthians top the table after five matches with 12 points, as well as leading their Copa Libertadores group with four of the six matches played. It represents a strong start for Pereira, who has already expressed his appreciation for many aspects of Brazilian fan culture.

“This championship has a feature that I’m learning,” Pereira recently said. “We played against Botafogo with 40 thousand people in euphoria. In Portugal, we only get that in the big games. I’ve seen it here several times. The environment is not easy, the competition is not easy, the sequence of games is big, the space between them is short. I am trying to adapt and understand the characteristics of this league well so that the team remains competitive.”

Pereira’s adaptation to the hectic Brazilian schedule is something he would have been expecting. Abel Ferreira is a strong critic of the fixture congestion in South America, with his Palmeiras team so far earning just one victory in Brasileirão, after taking part in three competitions before the league campaign even began.

Yet if Pereira was ready for the schedule, he perhaps was not prepared for the criticism. Corinthians may be top of the table, but club legend Rivelino has been a strong critic of their performance level and refuses to accept tiredness as justification for the rotation system adopted by Pereira, which has led to a lack of fluidity on the pitch.

“Corinthians are the leaders, but, my God! It is just a set of players placed on the field – they show nothing,” Rivelino began. “Each game has a different team. This talk that players are tired and need to rest... Is a 20-year-old tired? It’s ok to be tired after the game, but it’s not possible to be that tired.

“Today the athletes prepare, recover well, they have everything. It is not possible not to play twice a week? We played Wednesday and Saturday or Wednesday and Sunday. There were two games a week. This talk that there is no starting line-up is sickening. Liverpool don’t have a starting line-up? Of course they do.

“I see Corinthians and each game has a different midfield. When will the team form? I don’t see a balanced team creating situations. I see one or two attacks going well and someone scoring a goal.”

Such challenging circumstances only emphasise the achievements of Jorge Jesus and Abel Ferreira, which has set a trend of appreciation for Portuguese coaches in Brazil which shows little sign of slowing down.