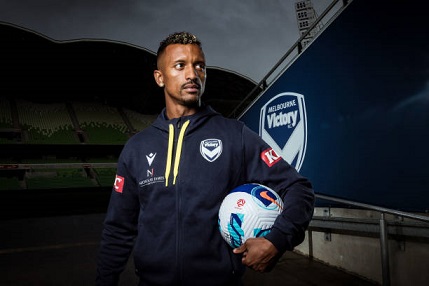 Nani rescinded his contract with Italians Venezia following their relegation from Serie A last season, after which he has quickly found the 8th club of his professional career and his second outside Europe having played in MLS with Orlando City.

Victory confirmed the signing on Tuesday and coach Tony Popovic reacted by saying: “We’re proud to be able to recruit a player like Nani to our Club and believe he will be an incredible asset for Melbourne Victory and the entire A-League. He has enjoyed an incredibly successful career at both club level and international level and we believe his quality and experience will be key in achieving our ambitions this season.”

Nani will wear his familiar no.17 shirt for Australia’s most popular club, and told reporters he was enthusiastic about his new venture south. “I’m excited to be coming to the A-League with Melbourne Victory and I’m looking forward to the challenge ahead,” he said.

“I have spoken with the coach, Tony, and I know that Melbourne Victory is a Club that wants to achieve success and I want to play a role in helping the team achieve that.

“From what I have seen, the fans in Melbourne are not only the best in the league but they rival the atmosphere in Europe and I’m looking forward to being a part of that on the field in a Victory shirt and playing for them this season.”

While the new A-League season does not begin until October, Nani could make his non-competitive debut for Victory in their friendly against his former club Manchester United in Melbourne on Friday.

Luis Nani – a glorious career from Sporting to Melbourne Victory 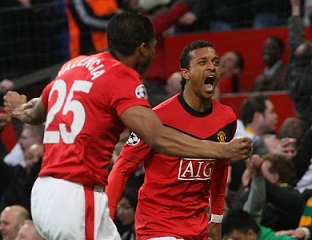 Nani is one of the most iconic Portuguese players of all time, helping his country to a Euro 2016 triumph against the odds in France, solidifying himself as a crucial part of Sir Alex Ferguson’s legendary Manchester United Champions League winning team of the 2000s, as well as wowing fans in Europe and beyond in Portugal (Sporting), Spain (Valencia), Turkey (Fenerbahçe) and USA (Orlando City) among others. The explosive winger has joined Melbourne Victory after a short-lived spell at Venezia, hoping to bring his new club glory and shine a light on the Australian A-League.

While PortuGOAL focuses more on the major comings and goings in Portugal’s top flight, this transfer is one we simply could not ignore. There are few Portuguese players with more prestige and talent than Nani, who followed compatriot Cristiano Ronaldo in switching to Manchester United after impressing in Lisbon at his first club, Sporting Clube de Portugal.

Nani only spent a few months at Venezia before terminating his contract by mutual consent on 8 July 2022. A few days later, he signed a two-year contract with Melbourne Victory, intended as a marquee signing for the team and league as a whole. At 35 years old, he is a veteran of the sport but still possesses enough speed and trickery to be an absolute nightmare for defenders across Australia.

The news of his signing with Melbourne Victory was met with considerable excitement from fans down under. He is arguably the best player to ever feature in the A-League, and Australians will hope he kickstarts a competition that has been struggling with crowd numbers so far this year.

Alongside Cristiano Ronaldo, Nani was another exciting winger to arrive at Manchester United from Sporting during the late 2000s. The Red Devils paid €25.5m for his services, an investment that was quickly repaid by a torrent of goals and assists. After Ronaldo’s transfer to Real Madrid in 2019, Nani took responsibility as one of the team’s focal points, pressing on to become a bona fide Manchester United legend. 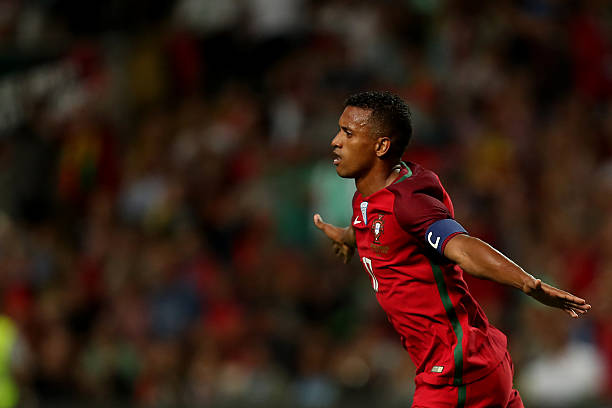 Things could have largely stagnated for Nani after leaving Manchester United in 2015, but he was instrumental in helping Portugal win Euro 2016. As a senior squad member, the winger had a lot of responsibility, especially as he was deployed in a more central role, sharing the striker duties with his former United team-mate Ronaldo. Nani came up with the goods, notching several incredibly important goals and assists as Portugal won their first ever major trophy.

During the final against France he was given the captain’s armband after Cristiano Ronaldo was forced off due to an injury. It was a fitting end for Nani, who solidified why he should be listed in the all-time Portugal greats alongside the likes of Eusébio and Ronaldo. There is little wonder why Melbourne Victory is celebrating such a coup of a transfer.

Portugal almost missed out on qualification for the 2022 Qatar World Cup after a last-minute goal from Serbian talisman Aleksandar Mitrovic consigned them to the playoffs. They found a way past Turkey and North Macedonia, enjoying a slice of luck by narrowly avoiding having to play Italy, to book a place in Qatar this winter. In the twilight stages of his career Nani will not feature for the Seleção this time, but will doubtless be as keen an onlooker at the rest of Portugal’s football-obsessed population.

Sports bettors are licking their lips at the opportunity to place wagers on the 2022 FIFA World Cup. Even though Nani will not be there, his compatriot Cristiano Ronaldo is a sure-fire bet to lead Portugal into yet another tournament. The bookies aren’t exactly raving about Portugal’s chances of success as a country, but they also know never to write them off. Regardless of who you’re tipping to win, it’s essential you take advantage of the various free bets and deposit bonuses on offer during the tournament. For World Cup betting odds and other information, follow the link.

Other players to look out for in the Australian League

Nani will likely turn his attention to a fruitful preseason in Australia. Other players experiencing significant success in the A-League include:

Happy for Nani and enjoy that Australian summer. But talk about squeezing every penny out of playing futbol, how about just retiring? I thought Nani playing in the MLS, Orlando, was a step down. Now Nani goes down under to play in...

Happy for Nani and enjoy that Australian summer. But talk about squeezing every penny out of playing futbol, how about just retiring? I thought Nani playing in the MLS, Orlando, was a step down. Now Nani goes down under to play in Australia. I didn't even know they had a league. LOL