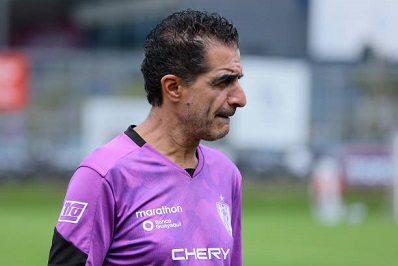 Renato Paiva has been announced as the first coaching appointment at Brazilian outfit Bahia under the new ownership of the City Football Group.

Paiva quit his job at Mexican side Leon last week after just six months in the role. Now, the former Benfica B coach has signed a two-year deal to return to South America, where he previously enjoyed great success in Ecuador.

The City Football Group are best known as the holding company which runs Manchester City, but the group has many subsidiaries in football across the world. CFG initiated steps to take over Bahia in the summer, ahead of the Salvador club achieving promotion back to the Campeonato Brasileiro Série A by finishing 4th in the second tier.

Now their status in the top flight has been secured, Bahia have appointed Paiva to take charge for the 2023 campaign. “I can't wait to get to know the famous Nação Tricolor, the Fonte Nova Arena and all the intensity and effervescence that surround one of the clubs with the biggest and most passionate fans in Brazil,” said Paiva.

“I signed for Bahia, and I am also looking forward to seeing how this great partnership with City Football Group will work, when the deal begins in early 2023. We are all very excited.”

Paiva led Independiente del Valle to their first-ever Ecuadorian championship in 2021. Previously, the 52-year-old spent many years working with Benfica at youth level, where he played a role in the development of Portugal stars such as João Cancelo, Bernardo Silva and Rúben Dias, as well as current Manchester City goalkeeper Ederson.