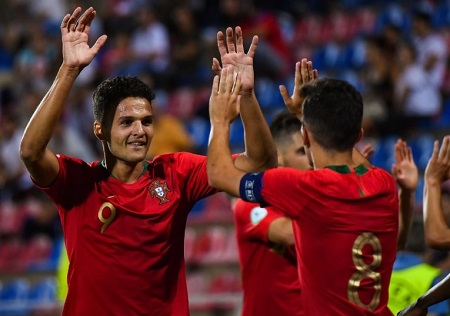 Portugal’s U19 side will compete in their third successive U19 Euro Final when they face seven-time winners Spain at the Vazgen Sargsyan Republican Stadium in Yerevan, Armenia. Portugal have a proud record in the tournament, winning the UEFA Youth Tournament in 1961 and the UEFA European Under-18 Championship in 1994 and 1999 after being beaten finalists in 1988, 1990 and 1992.

Since the tournament became the UEFA European Under-19 Championship in 2002, Portugal lost in three finals (2003, 2014 & 2017) before breaking through in 2018 when they beat Italy 4-3 in the final. The current crop of players have a unique chance to go back to back, but it won’t be easy against a Spanish side that have had a stranglehold on the competition.

How Portugal got here

Portugal received a bye to the elite qualification round where they won all three games in Group 6 against Scotland, Turkey and Cyprus - scoring 10 goals with none conceded. Felipe Ramos’ side got off to a great start in Armenia, beating Italy 3-0 with Gonçalo Cardoso, Gonçalo Ramos and Felix Correia on the score sheet.

Spain were far tougher opponents as Portugal went into the break 1-0 down but recovered to earn a 1-1 draw. Fábio Vieira equalised with a free kick shortly after half time, Portugal finishing strong after being on the back foot for large portions of the match.

Hosts Armenia had no chance, brushed aside 4-0 with goals to Vitor Ferreira, João Mário and substitute Tiago Gouveia bagging a brace. The semi-final against Republic of Ireland was another 4-0 victory, Vitor Ferreira’s second penalty of the tournament getting it started before a Gonçalo Ramos hat-trick.

Five key players for Portugal U19

The Portugal U19 squad is packed full of promising talent including goalkeeper Celton Biai, central defender Gonçalo Loureiro and full-backs Costinha, Tomás Tavares and Tiago Lopes. Central midfielders Diogo Capitão and Vítor Ferreira have been rock solid with manager Filipe Ramos in no doubt about his strongest starting XI. Tiago Gouveia can't get into the side despite scoring twice off the bench against Armenia.

Gonçalo Cardoso - Central defender Gonçalo Cardoso is the most experienced player in the squad after making 15 starts for Boavista in the 2018-19 Primeira Liga season. That experience has served Portugal well in Armenia, Cardoso organising the defence and forming a strong partnership next to Benfica’s Gonçalo Loureiro.

Cardoso appears to have all the skills required of a top class centre-back - leadership, positioning and anticipation. It won’t be long before Boavista receive an offer they can’t refuse.

Fábio Vieira - Attacking midfielder Fábio Vieira was a vital part of Porto’s 2018-19 UEFA Youth League winning team, scoring the opening goal in the 3-1 win against Chelsea in the final. He has continued to improve in Armenia and provides a vital link between midfield and attack.

Vieira has energy to burn and often initiates attacks by releasing wingers João Mário and Félix Correia. He looks to have a very bright future.

Félix Correia - Winger Félix Correia has earned 42 caps for Portugal’s youth teams from U15 to U19 level. The Sporting CP youth product is another player that looks to have a bright future, his exploits were vital against Italy as he assisted Gonçalo Ramos before scoring the third goal. 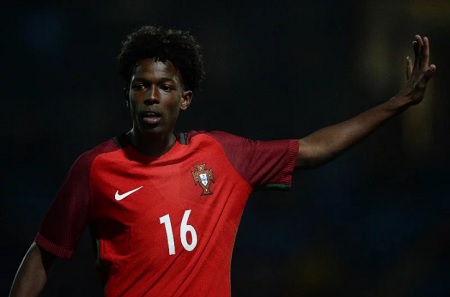 Lightning fast with tricks in abundance, he thrives in 1 on 1 situations and shows a selflessness that is always a great sign in a young player. Has shown a susceptibility to get frustrated and lose his cool, but he offers a threat down both wings and will be one of Portugal’s players to watch in the final.

João Mário - Fellow winger João Mário was another key player in Porto’s UEFA Youth League success, ever-present in Mário Silva’s side where he provided three assists and scored two goals. Two footed and able to play on either wing, he has grown into the tournament and recovered admirably after a forgettable first half against Armenia.

Mário scored a sweet goal and assisted Tiago Gouveia against the hosts and has gone from strength to strength. He was influential against Republic of Ireland with three assists, winning the opening penalty and providing two goals for hat-trick hero Gonçalo Ramos.

Gonçalo Ramos - Benfica’s Gonçalo Ramos is the classic case of a striker that doesn’t appear to be doing much before popping up in the right place at the right time. He scored against Italy but didn't feature against Spain and Armenia due to injury.

Ramos returned to the starting side against Republic of Ireland and made it count with a hat-trick. He headed in at the back post, finished emphatically for his second and beat Mark McGuinness 1 on 1 to race to the top of the goalscorers list at the tournament.

Filipe Ramos switched wingers João Mário and Félix Correia in the first half against Italy and it was the catalyst for Portugal getting on top. Correia was much more effective on the right wing and he put the game to bed after half-time.

We didn’t see that tactic employed to the same extent against Spain but it was back against Armenia. João Mário couldn’t get into the game on the right wing, but as soon as he moved to the left side he scored Portugal’s second goal.

Portugal started with Félix Correia on the right and João Mário on the left against Ireland. Mário won the penalty from that position and as soon as they switched flanks Mário provided the cross for Ramos’ first goal. Keep an eye on Mário and Correia against Spain.

Seven-time winners Spain have a quality side that will be a tough test in Yerevan. Left back Juan Miranda displayed his skill in the group match but Spain’s attack is arguably their strong suit.

Wingers Bryan Gil and Ferran Torres are constant threats with captain and striker Abel Ruiz doing well after missing the first match against Armenia. Spain showed that they have the ability to cause Portugal problems which should make for a fascinating tactical battle on Saturday.

I can’t wait for this one. Portugal's U19 team have been playing great football and have many of the attributes that were missing at Portugal's disappointing exit at the U20 World Cup.