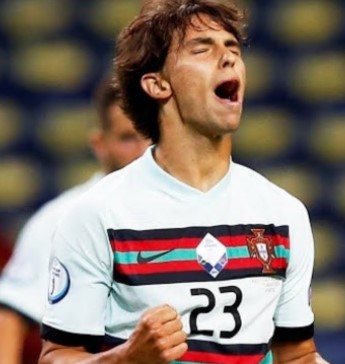 We see it every year the Euros roll around. A young player makes their debut and then becomes the most talked-about star of the tournament. It’s thought this will be even more of the case at this year’s Euros as its postponement last summer has allowed teams to be composed of 26 players, rather than 23. This new rule means coaches (and sports bettors) can take a chance on players who are talented but less experienced.

In England, the media and bettors are looking at Phil Foden, a 20-year-old talent who has instilled so much optimism in his nation that England has outright Euro 2021 betting odds of 4/1. Bettors are also placing wagers on group stage matches, which begin on June 11. Still, England is not the only team with young stars forecasted to play a role in their country's race for the title. Portugal’s Euro squad is a top contender, too. And in Nuno Mendes, João Félix and Pedro Gonçalves the Seleção have three young players capable for making a huge statement at the tournament.

Portugal has confirmed its Euro squad ahead of its first match on June 15. It includes Cristiano Ronaldo, Bruno Fernandes, who, as stated by Alan Shearer, transformed Manchester United in the 2020-21 Premier League season, and Diogo Jota, who, despite suffering an injury, also played a role in turning his team’s Premier League season around, hitting the ground running at Liverpool after joining the English giants from Wolves. However, household names aside, this year’s squad is also composed of bright and promising yet less experienced stars. Below are a couple of Portuguese athletes to keep an eye on this summer.

The Euros haven’t even started, but 18-year-old Nuno Mendes is already grabbing the attention of top English clubs like Chelsea, Manchester City and Manchester United. Despite only having one goal and one assist in the 2020-21 season, the Sporting Lisbon left-back will be a crucial asset to this year’s Euro squad, keeping the team on the front foot with his pace and dribbling skills. Mendes is a solid defender inside his half and is hard to beat in a 1v1 situation, which could prove critical for when Portugal faces France on June 23. France has arguably one of the best attacking lineups in the tournament, selecting Karim Benzema, Kylian Mbappé, and Antoine Griezmann.

Félix moved from Benfica to Atlético Madrid in 2019 for 126 million euros. While injuries slowed him down, there’s no denying that the 21-year-old can be dangerous when he is in form. Between his creativity, finishing, and acrobatic abilities, Félix will be one to watch this summer. Félix might indeed get overshadowed, with manager Fernando Santos preferring a front three of Diogo Jota, Bernardo Silva, and Cristiano Ronaldo, but who knows? At some point, everyone gets their break, and Santos clearly trusts Félix, playing him in the 2019 Nations League semi-final, so maybe this year’s Euros will finally be Félix's moment to shine.

While Félix has had an up-and-down season, back in Portugal another young sensation took the season by storm. Attacking midfielder Pedro Gonçalves, known as Pote, was top scorer with 23 goals and played a huge role in firing Sporting to the championship title for the first time since 2002.

Pote enjoyed a positive season the previous year for Famalicão, but nobody expected him to explode quite like he has done since moving to the Lisbon giants. So convincing was his form Portugal coach Fernando Santos had no choice but to call him up for the Euros, despite not having selected him previously. Gonçalves will now be hoping to continue his meteoric rise on the big stage.

There's no doubt that spectators, bettors, and even doubters will be watching Portugal this summer after winning Euro 2016. While some things have stayed the same as they were five years ago, like Ronaldo being one of the world's best, the presence of new talent like Nuno Mendes and Joao Félix could very well take Portugal in a new and exciting direction.

I am considering putting money on Nuno Mendes being voted the golden boy for young player of the tournament. He was amazing with Sporting all season and has played well for Portugal so far when called upon .