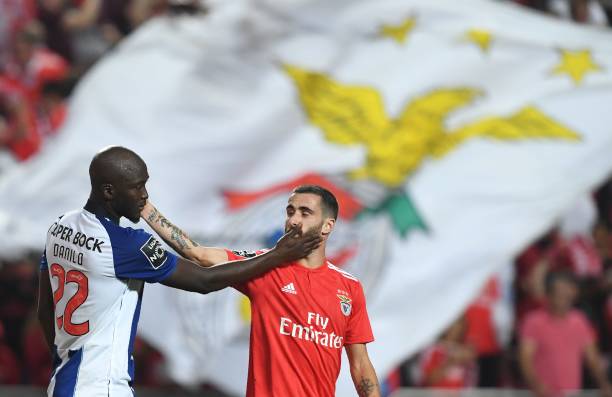 Saturday night’s clássico is without doubt the biggest game of the Primeira Liga this season, one that will be a huge indicator of who will be crowned champions in May.

With just 10 games left in the league after tomorrow’s showdown only a single point separates the top two sides. Porto are currently in pole position to reclaim the Portuguese league title but since changing coach Benfica have started mounting a mighty challenge. PortuGOAL previews this crucial game.

Both teams are in fantastic form going into this match. Benfica, who have turned into a free scoring machine under Bruno Lage, have won every single league game since Rui Vitória was dismissed and the former B-team coach promoted. That said, the only defeat for Lage in his short tenure was to Porto, a 3-1 loss in the Taça da Liga semi-final back in January.

A win for Benfica would see them leapfrog Porto into first, with most analysts agreeing the Eagles have a theoretically easier fixture list for the remainder of the season. But Benfica have struggled in recent years to win at the Estádio do Dragão, with just one league win in Porto since 2011. Maybe that can change thanks to the goals galore the Lisbon club are scoring; Benfica are the Primeira Liga’s best attack this season.

On the other side of the coin, Benfica will be facing the best defence in the league. Much like their title rivals, Porto have been in fantastic form. Sérgio Conceição’s side are undefeated in the league since 7 October, interestingly a 1-0 defeat to Benfica at the Estádio da Luz. Immediately after that loss, Porto racked up a record-breaking winning streak. Three draws against Sporting, Vitória Guimarães and Moreirense in 2019 allowed Benfica to get right on their tails just as it looked like the Dragons were going to run away with it, but Porto seem to have hit form again with impressive back-to-back 3-0 victories over Tondela and Braga.

Both managers were coy about what teams they would be fielding, although Conceição chose to recite what he thought would be Benfica’s starting XI. One option for Porto could be to start Moussa Marega after the Malian forward was an unused substitute in Porto’s midweek Taça de Portugal win over Braga. The big centre-forward has made a miraculously quick recovery from a thigh muscle tear, which included a whirlwind trip to China to undergo specialist treatment.

Benfica will be without centre-back Jardel, despite the Porto manager’s prediction that the Brazilian centre-back could feature, so youngster Ferro should continue his partnership alongside Rúben Dias. Bruno Lage declined the offer to predict Porto’s starting XI but said his team will be prepared whether the league leaders play 4-4-2, like they did in Porto’s league cup victory over Benfica, or 4-3-3. Bruno Lage's team though, are likely to stick to their winning formula.

Sérgio Conceição, Porto coach: “It’s not a decisive game, but it’s a very important game. It’s a six-point game […] I’m convinced we will be happy in May.”

Bruno Lage, Benfica coach: “Yes, it’s a very important game, but it is not decisive. What’s decisive is a team being consistent and we have been that in the last two months and we have to continue to be.”