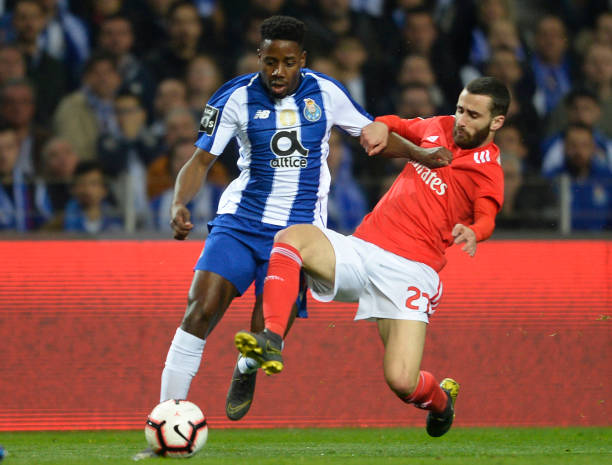 Despite being just 20 games into the Primeira Liga’s season, Saturday’s Clássico between FC Porto and Benfica, with no further clashes between the big three until the tail end of the season, could have a lasting effects on the race for the 2019/20 title.

Seven points currently separate the two Portuguese giants, with hosts Porto hoping to cut that gap back down to four at the Estádio do Dragão and propel themselves back into the tussle for glory.

However, in the red corner, Benfica will be out to extinguish such hope and accentuate their tag as hot favourites for the title. In a game that you can follow live on Premier Sports 2 here, via subscription, at 8:30pm this Saturday, here’s how the two bitter rivals weigh up against each other.

In search of momentum

Porto’s campaign has generated a state of concern as of late amongst their fan base, with the Dragons falling not once but twice to defeats versus Sporting de Braga in January, birthing today’s seven-point-gap from the top of the table and dashing the hopes of Sérgio Conceição’s men to lift the Taca da Liga on separate occasions.

A widely-rotated side also saw Porto stumble this past Tuesday at the hands of Académico de Viseu in the first leg of the Taça de Portugal semi-final, drawing 1-1.

The ‘Blue and Whites’ are left in search of a response, and what a response it would be should they take all three points from Benfica this Saturday and diminish the gap at the top back down to four points, having been the only team thus far to inflict such pain upon the Eagles in the league, this season, winning the reverse fixture 2-0 at the Estádio da Luz back in August. Can they reproduce the recipe on Saturday night?

Benfica have escaped the shadows of a defeat in their last three league visits to the Estádio do Dragão, but the Lisbon outfit generally do not have fond memories of the ‘Cidade Invicta’. The current title holders have only won 14 of their 85 away fixtures against Porto in the league, claiming just three victories in the last 20 years.

Nevertheless, whilst boasting the biggest lead at this stage of the season since 1995/96, Bruno Lage could modify the history books some more, with a potential victory on Saturday making him the first manager in the club’s existence to win consecutively away to Porto.

The main attraction, however, is on keeping Porto at bay with 13 fixtures to go, post-Saturday night. With Benfica already looking good seven points ahead, a win, increasing their lead to ten points, seems sure to kill all hopes Porto may have of catching the Eagles and allow for a greater margin for error once the Europa League football intensifies the busy upcomong fixture schedule.

Porto centre-forward Tiquinho Soares could well be the telling difference in an eagerly-anticipated affair between two of Portugal’s most decorated clubs, with the Brazilian striker amassing six goals in his last six league games for the Dragons.

Who partners the ex-Vitória man isn’t so clear, however, with Moussa Marega, often Conceição’s preferred choice, participating in Porto’s midweek cup clash following a positive, goal-scoring display from Luis Diaz, this past weekend.

The big absences in blue could be Pepe and Danilo Pereira, with the latter suffering from a swollen knee, but the former has been tipped to make it back into the eleven and demote ex-Newcastle United man Chancel Mbemba back to the bench.

Lage won’t be short of choice either, holding a wealth of midfield options, starting with midweek goal-scorer Gabriel Pires. A respiratory infection picked up by new boy Julian Weigl may make the ex-Carlos Carvalhal assistant’s task of picking an XI a lot easier, with Adel Taarabt also excelling in the middle of the park.

Hot for goals, Carlos Vinícius is sure to be surrounded by the likes of Rafa Silva and Pizzi, meanwhile Chiquinho and Franco Cervi, both on target in recent weeks, hand Lage another dilemma further up field. Jardel’s untimely injury will leave Benfica short for defensive cover, however, with a knee injury setting the Brazilian veteran out for a couple of months.

🔝 of the table clash in Liga Nos 🇵🇹

Sérgio Conceição, FC Porto coach: "It's a very important game, no doubting that. Is it decisive? What will be decisive are the 14 matches we play afterwards. This game is worth three points that we can win from a direct rival."

Bruno Lage, Benfica coach: "Would a draw be positive? We're not thinking like that. We're preparing as best we can to win, not to draw. Our intention is to play well and win."

*After this article was published Benfica announced that Gabriel Pires would miss the match with an eye problem.