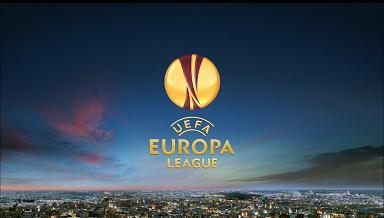 Portugal have four teams in the Europa League – more than any other nation – as the competition resumes this Thursday. While some are dreaming of a repeat of 2010/11 season, when three of the four semi-finalists were Portuguese, leading to an all-Portuguese final, there is also a realistic possibility that the Liga NOS representation could be severely cut in this round.

All four ties are evenly balanced of paper. The early kickoffs see the two Lisbon teams in action as Sporting host Turkish outfit Istanbul Basaksehir while Benfica travel to Ukraine to take on runaway league leaders, Shakhtar Donetsk. Later on, Portugal’s northern representatives take centre stage, with Porto and Braga both on the road, at Bayer Leverkusen and Rangers respectively.

Matthew Marshall is PortuGOAL’s Germany-based correspondent, dividing his time between reporting on the Bundesliga and jetting over to Portugal, usually the north, for Liga NOS coverage. So nobody is in a better position to give the skinny on one of the ties of the round. Take it away Mat!

Porto’s UEFA Europa League campaign continues at the BayArena against Bayer Leverkusen. The Bundesliga club are full of confidence, scoring goals for fun and have the weapons to cause Porto plenty of problems.

Bayer Leverkusen have won five of their opening six matches in 2020, scoring 17 goals and conceding nine at 4.33 goals per game. Stuttgart were dispatched 2-1 in the DFB-Pokal to set up a home quarterfinal against Union Berlin.

The Werkself backed up in the Bundesliga with a spectacular 4-3 home win against Borussia Dortmund. Kevin Volland scored twice with late goals to Leon Bailey and Lars Bender securing a morale boosting victory.

Peter Bosz’s side then faced a tough challenge at Union Berlin, were outplayed in the first half before substitutes turned the game. Kai Havertz had equalised before Moussa Diaby got the go-ahead goal, Karim Bellarabi scoring the winner in added time in a dramatic 3-2 win.

How did Bayer Leverkusen get here?

Bayer Leverkusen had a bad start in the Champions League group stage, suffering a 2-1 home defeat to Lokomotiv Moscow before defeats against Juventus and Atletico Madrid. A 2-1 home win against Atletico and 2-0 win in Moscow earned the German club third place and a spot in the Europa League.

Edmond Tapsoba made his debut at Borussia Dortmund and the big centre-back continued at Union Berlin. He should partner Jonathan Tah with Sven Bender alternating between central defence and holding midfield.

Charles Aránguiz returned from injury in Berlin and could start in central midfield. He is an influential player and will improve the team. Kai Havertz operated on the right wing in Berlin but could play a central attacking role behind Kevin Volland.

Havertz is the star player for Leverkusen, usually afforded a free role where he can initiate attacks whilst creating and finishing goal scoring opportunities.

Expect wingers Moussa Diaby and Karim Bellarabi to start after goals off the bench in Berlin. Their speed and dribbling ability are big threats that will keep Porto’s fullbacks firmly on the back foot.

Porto produced a crucial 3-2 home win against Benfica to keep their Primeira Liga hopes alive. The Dragons then beat second division Académico Viseu 3-0 in the Portuguese Cup semi-finals after a 1-1 draw in the first leg.

Sérgio Oliveira and Alex Telles have scored in consecutive games with Zé Luís on target against Académico. Porto faced a tricky trip to Guimaraes and won 2-1, Moussa Marega scoring the winner before leaving the pitch in dramatic fashion due to racial abuse.

How did Porto get here?

Porto were knocked out of the Champions League 3rd Qualifying Round. A 1-0 win at Krasnodar and 3-2 home defeat was a poor result against the Russian Club. That meant a Europa League group stage campaign where Porto won 2-1 at home against Young Boys.

Just one point in their next three matches threatened their European adventure however. Things looked bleak at 1-0 down in the 75th minute at Young Boys on Matchday 5, but Vincent Aboubakar stepped up with two late goals and a 3-2 home win against Feyenoord meant Porto finished top of Group G.

Central defender Pepe is injured and midfielder Danilo Pereira has resumed full training but unlikely to start. Otávio is suspended which could see Romário Baró or Vitor Ferreira in midfield.

It remains to be seen what happens in the aftermath of Moussa Marega’s racial abuse in Guimaraes. Surely the suitable scenario is starting the Mali international to begin the healing process.

Tiquinho Soares should resume up front, he recently scored eight goals in seven matches and presents a threat.

This will be the first competitive match between Bayer Leverkusen and Porto.

Bayer Leverkusen have won 6 of their last 7 matches.

Porto have failed to keep a clean sheet in 8 of their last 9 away games.

Bayer Leverkusen are full of confidence and boast a strong spine including Charles Aranguiz, Kai Havertz and Kevin Volland. Wingers Moussa Diaby and Karim Bellarabi complete a dangerous attacking quartet that are superior to what Porto have faced this season.

Otavio’s suspension, Pepe’s injury and Danilo’s fitness concerns are all blows for Porto while the Moussa Marega affair could have harmed moral. The Portuguese club have been leaking goals at an alarming rate on the road and are likely to concede more on Thursday.

Rangers host Braga at Ibrox where the Scottish club are very hard to beat. Rangers are undefeated in 26 of their last 27 home matches in the UEFA Europa League and their last 9 in all competitions.

Steven Gerrard’s side got the better of Portuguese opposition in the group stage, earning a 1-1 draw at the Estádio do Dragão before beating Porto 2-0 at Ibrox. Colombian striker Alfredo Morelos scored the opener and will be the danger man once again.

Sporting Braga are in sensational form, winning nine of their last 10 matches including victories against Sporting and Porto to lift the Portuguese League Cup. Unbeaten in nine matches since manager Rúben Amorim took over, Braga won 1-0 at Benfica in their previous match, the first time the northerners have won away at Benfica in the league for 66 years, and are confident ahead of the trip to Glasgow.

Braga are undefeated in their last 13 Europa League matches stretching back to last season. Can they keep it going?

Sporting were Portugal’s only unseeded team in the last-32 draw for the Europa League, yet managed to dodge the heavyweights with many concluding they actually got the easiest opponents of the four Portuguese teams.

However, although Istanbul Basaksehir may not be a big name, one look at their season could well change opinions. After a slow start to the campaign, the Turks have enjoyed a sensational 2019/20, losing just 2 of their last 27 matches in all competitions. They currently lie second in the Turkish Spor Toto Super League, one point behind leaders Trabzonspor, and impressively came through a tough Europa League group that included Roma and Borussia Mönchengladbach.

Sporting, on the other hand, are having a season to forget, losing 13 of 33 matches in all competitions and the troubled Lisbon club are in serious danger of setting an unwanted record for the number of league defeats in a single season. With star man and talismanic captain Bruno Fernandes finally getting his move to Manchester United in the January transfer window, things could get worse before they get better for the Lions.

One month ago everything was rosy in Benfica’s garden, with Bruno Lage’s team storming clear in the Liga NOS, seemingly set for a straightforward retention of their crown. But a sudden loss of form has seen two successive defeats for the first time in the young manager’s time as Benfica coach, with fierce rivals Porto now just one point behind the Eagles.

Add to that a serious eye injury to Gabriel, a dramatic loss of form by centre-back Ferro, and a raft of less-than-convincing performances, and Benfica travel to Ukraine with a certain degree of trepidation.

This is also due to the fact that Shakhtar Donetsk, coached by Portuguese boss Luís Castro, have shown they are a serious force in European football in recent years, obtaining several notable results in the Champions League. The Ukrainian side are running away with the league, a massive 14-point buffer suggesting they will put everything into trying to make a run in the Europa League.

That said, one aspect that could play in Benfica’s favour is that this first leg will be Shakhtar’s first competitive match for over two months, having been on their winter break. Can Benfica take advantage and get back in the groove?

Really not looking forward to the Rangers game. When the draw was first made Braga had yet to improve, I told my friends they are a good team, don't be deceived by the league table at the moment. No they are all worried as well.

Really not looking forward to the Rangers game. When the draw was first made Braga had yet to improve, I told my friends they are a good team, don't be deceived by the league table at the moment. No they are all worried as well.

Rangers have not been great since beating Celtic after Christmas and Gerrard has been highly critical of the mentality of the team. Playing at Ibrox there is always a chance though! Normally I would like to see Braga do well, but not this time!