Back in Business: A brief insight into the 2020/21 Primeira Liga season 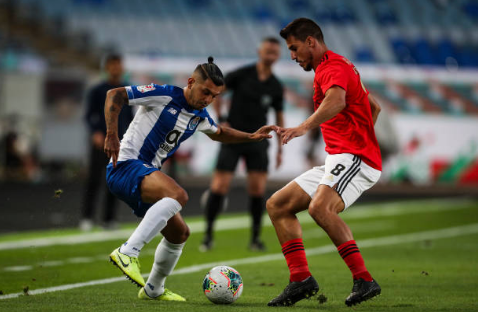 After a pre-season campaign unlike any other in recent history, the Primeira Liga prepares its return tonight, debuted by FC Famalicão's reception of Benfica, with a jam-packed instalment between now and May. Ahead of the spills and muted thrills of the current pandemic, 18 clubs will look to maintain the same hunger that produces the great spectacle we all know and love today.

Which sides look set to surprise and disappoint ahead of 2021’s conclusion, who shall reign in the chase for European spots, who are the weak links doomed for the drop and which name will crown it all after 34 games? Let’s take a closer look at all the candidates.

In five of the last six years, the top two in the Primeira Liga has been dominated by the usual suspects - FC Porto and Benfica. Between the reigning champions and a free-spending powerhouse, odds are we’re set for a similar picture being painted at the peak of the mountain.

As Porto attempt to juggle with UEFA’s Financial Fair Play and expiring contracts, preparations for the new season haven’t exactly been positively eye-catching, but neither were each of the last three campaigns, in which they came out on top on two occasions.

Rio Ave’s Mehdi Taremi is a fine addition to a team that plays with plenty of heart and industry, but just how strong Porto’s challenge will be relies on the situations surrounding the expiring deals of Alex Telles, Otávio, Moussa Marega and Sérgio Oliveira.

Rivalling the Dragons’ unity is a new-look Benfica side, fronted by the controversial return of three-time Primeira Liga champion Jorge Jesus. Failure to qualify for the Champions League at the hands of PAOK Salonika has fired up the pressure exponentially, however, demanding domestic success after an €80-million summer spree (which may not be over yet!).

The arrivals of Jan Vertonghen, Everton Cebolinha, Darwin Nuñez and a few more may hand the Eagles the edge on paper, but whether they can be as close-knit as Porto appear to be is another, potentially telling matter when it’s all said and done come May. 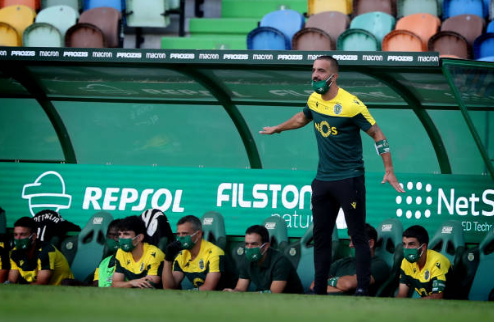 Ranked outsiders in the hunt for the title, you can’t truly rule out both Sporting and Sporting de Braga in the race for the crown as everyone acclimatises to football without supporters and brimming schedules.

The science to this season is a little different and the two sides, still likely to fight between themselves for third place, will be hoping it’s enough to help fuel a memorable campaign.

Between themselves, they offer similar outlooks, both presenting intriguing projects that cannot be ignored. The 2020/21 season represents Rubén Amorim’s first full campaign in charge of any Primeira Liga side, after impressing at both of the outfits in question.

With him comes the emergence of exciting prospects, such as Nuno Mendes, Eduardo Quaresma, Matheus Nunes and many more young starlets in the pipeline, meanwhile ex-FC Famalicão man Pedro Gonçalves looks likely to have been a sound capture by the Lions.

Alternatively, Braga will be delighted to have held onto the likes of Paulinho and Ricardo Horta, thus far, with the responsibility of replacing Barcelona’s Francisco Trincão falling on the shoulders of the exciting Galeno. In Carlos Carvalhal’s return to the Estádio Municipal, Braga have it all to go toe-to-toe for a third-placed finish once more. 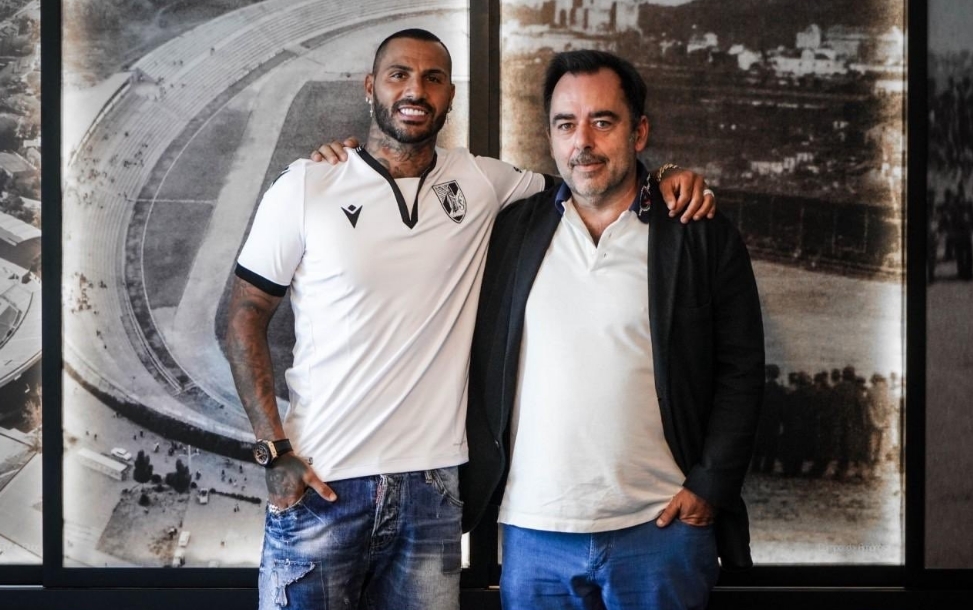 Over the years, this segment of the league table has gotten richer and richer, with this season maintaining much of the same intrigue. But between them, only one club can qualify for the Europa League.

Last season’s beneficiaries were Rio Ave, now under the command of a relatively fresh-faced Mário Silva, formerly in charge of Almeria and Porto’s under-19s. The managerial switch isn’t the only change the Vilacondenses have had to deal with, however, after losing Taremi and Nuno Santos before replacing them with Sporting duo Gelson Dala and Francisco Geraldes, well known to the Estádio dos Arcos outfit.

Whether the first team switch-up and Europa League distraction will derail Rio Ave’s objectives in the coming season is anyone’s guess, with Vitória de Guimarães, managed by Tiago Mendes in his first senior job, hopeful of returning to the second tier of European football.

Vitória will have to deal with big-name exits, such as that of Pêpê, Lucas Evangelista and João Carlos Teixeira. The replacements have been noteworthy, however, welcoming Pepelu on loan from Levante after a fantastic campaign with Tondela, on top of rolling out the red carpet for the ever flamboyant Ricardo Quaresma on a free transfer, who’s likely to make a fearsome duo on the flanks with the highly-coveted Marcus Edwards.

Famalicão may well have a say in the race too after an impressive debut season but have lost big names in Pedro Gonçalves, Fábio Martins and Uros Racic, with last season’s surprise quantity reportedly readying themselves to lose Toni Martinez too, as Porto loom for the Spaniard.

Looking to catch the eye this season are Boavista, who, after a recent takeover, have already acquired the services of Javi Garcia, formerly of Benfica and Manchester City, World Cup champion Adil Rami and exciting English prospect Angel Gomes, on loan from Lille.

Santa Clara have it all to be singing from the same hymn sheet but Paços de Ferreira, after a successful finish to last season, may find it tougher without their skipper Pedrinho in the middle of the park, as he swaps the Mata Real for the unknown wonders of Latvian football.

Regulars in the league, Marítimo, with the shrewd additions of Rubén Macedo and Rafik Guitane, are the final outfit who should stay true to tradition and keep their distance from the dangers of relegation. 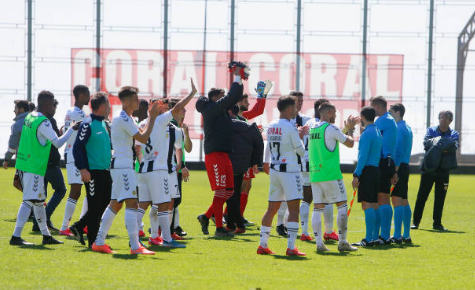 Despite welcoming back Fabrício on loan to lead the line, Portimonense still appear to be a shade of their former self at the top tier, having been let off the hook and replaced as a relegated club by financially-mined Vitória de Setúbal, last season.

Nevertheless, there is enough talent there to unlock the side, just as there is at mainstay Belenenses. The Lisbon outfit’s finish to the season wasn’t the greatest, however, and they’ve followed that up with worrying performances in pre-season against Benfica and Sporting. Can the pragmatic Petit shore things up, or does destiny have him ending the season with a new club once more?

Likely to struggle are Gil Vicente, now without the larger-than-life Vítor Oliveira in charge, the tricky Yves Baraye and the ever-impressive Bozhidar Kraev, upon the expiry of their loan deals. Nacional know their way around the Primeira Liga and have intriguing additions in the once highly-rated Vincent Koziello and Vincent Thill, who they’ll hope will be enough to dig them out of a return ticket back down to the LigaPro.

On southern shores, new boys Farense have some know-how dotted around key man Ryan Gauld, although the doubts over their safety still persist. Queries that Tondela know all too well about, often dipped in the fight for survival before defying the doubters every time. This year, without Pepelu, might well be the year, however.

After spending that much and not having Europe to worry about Benfica have no excuses.

Once again hating on Sporting Clube de Portugal. They will be in the title race!

Nungomes21
This comment was minimized by the moderator on the site

Quite honestly, given the investment from Benfica and lack of from their main opponents anything but lifting the title is unacceptable. Dropping out against PAOK was already a big no no, however it’s happened and passed so...

Quite honestly, given the investment from Benfica and lack of from their main opponents anything but lifting the title is unacceptable. Dropping out against PAOK was already a big no no, however it’s happened and passed so time to look forward. With the league there can be no excuse around lack of training or time together so we’ll see.

@user Z. There was no disrespect to Sporting, or any club really, in this article. Sporting I do believe can be challengers, but given recent history they can’t possibly be considered more than a dark horse. I personally have high hopes for Amorim as a manager, but he’s been around too little to honestly have a good read yet. Sporting also have some quality youth players. Can they push for a title? Sure, just like any other year. However, they are in no way justified to be seen as anything but a title hopeful. A top 2 finish would already be a massive improvement from them. Remember, 0 to hero is generally not how things go.


As usual I am wishing for all Portuguese teams to do well in Europe. It would be remarkable if Rip Ave could hit the group stages, but a tough ask.

I believe Braga have a serious potential to make a good run with some luck.

Sporting will probably be focussing on the league but I really do wish they can push far as well.

Benfica imo are obligated to do extremely well in this. Anything but should be seen as a massive disappointment. They invested too hard and too much to go out with a whimper.

Read More
Nungomes21
There are no comments posted here yet