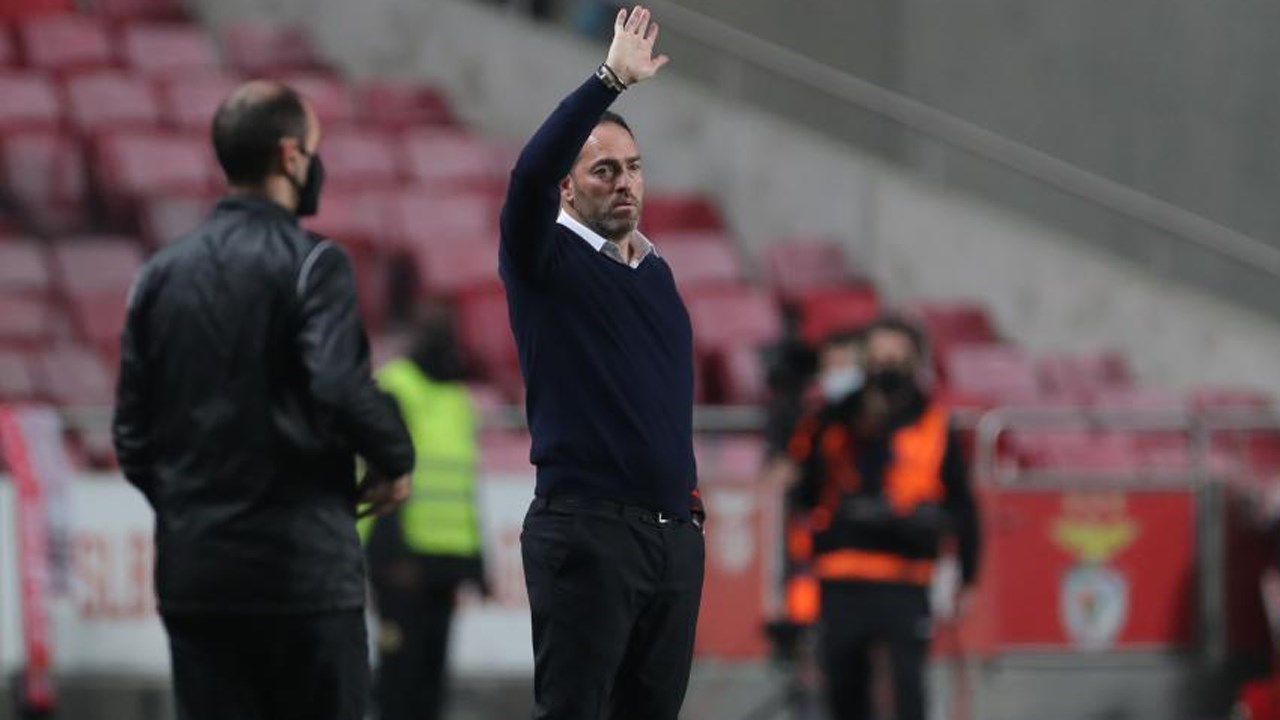 The twentieth round of matches of Liga Bwin’s 2021/22 season concluded last night as Portugal’s top flight action spilled over into midweek. Highlights of the round included the continuation of the resurgent form from the likes of Santa Clara, Vizela and Braga, the trio all securing important victories.

Tondela were a team that arrested some recent struggles with a commendable win away at Portimonense, while the top two in the division remained as is, Porto and Sporting helping themselves to three points each over Marítimo and Belenenses SAD respectively.

Benfica’s title hopes suffered another major blow however as they became the latest victim of what is proving to be a fantastic Gil Vicente side. So much of the credit for their terrific campaign lies at the feet of their manager Ricardo Soares, whose masterminding of the famous triumph makes him our PortuGOAL Figure of the Week.

A former Vitória Guimarães youth, Ricardo Soares’ playing career was a modest one, featuring for the likes of Vizela and Trofense and doing so with respectable longevity, retiring from the game in 2005. Thereafter it didn’t take long for him to turn to management, and his career path from the lower reaches of the Portuguese pyramid with Caçadores to where he sits now with Gil Vicente is an impressive one.

Soares has not always been deemed popular or overly successful on his travels up the ladder though, achieving some joy in Portugal’s top flight with Chaves previously but then struggling somewhat with Aves and Moreirense to follow. Sandwiched in between those stints were spells with Académica and Sporting Covilhã in the second tier, so needless to say when Gil Vicente hired Soares back in November 2020 it’s fair to suggest that fans of the club were perhaps not at the pique of optimism as to the impact he might have.

The job the 47 year old has done since then however has been nothing short of superb, steadying the ship among what were choppy waters on his arrival to guide Gil Vicente to 11th place in 2020/21, and things have only improved since then.

Soares’ work in the 2021 summer transfer window has been especially key, retaining the core group of experienced campaigners in the squad like Rúben Fernandes, Pedrinho and João Talocha, whilst bolstering his defence with Lucas Ferrugem and Zé Carlos. To that end, only the league’s traditional “top four” have conceded fewer goals than Soares’ team.

It is not just defensively however that Soares has succeeded in shaping this team. The acquisition of a true goalscorer is rare for a lot of teams in this division, but Spanish arrival Fran Navarro has supplied the firepower right from the off, with only Luis Díaz and Darwin Nuñez registering more Liga Bwin goals this season. Nurturing the explosive creative talents of Samuel Lino and Kanya Fujimoto has also been one of Soares’ major success stories.

Gil Vicente were already sitting in fifth place ahead of their trip to Estádio da Luz on Wednesday evening, full of confidence having not only gone unbeaten in their previous four matches but also through tasting victory in last season’s corresponding fixture.

Their opponents Benfica came into the game off the back of a rotten week and Gil Vicente were in no mood to show mercy, Soares resisting any temptation to alter his usual 4-3-3 to anything more defensive and their attacking intent paid dividends in just the eleventh minute. Man of the moment Lino struck superbly on the counter, exchanging passes with Pedrinho before bamboozling Jan Vertonghen, firing between the Belgian’s legs and beyond the helpless Odysseas Vlachodimos.

Soares has often set Gil Vicente up with the aim to be an effective counter-attacking unit this season and the team have used this tactic in a highly accomplished manner, no more so explicitly displayed than for the finely-worked opener.

Gil Vicente certainly still had plenty of defending to do, stand-in goalkeeper Andrew da Silva Ventura, making his Primeira Liga debut, pulling off an outstanding save to deny Vertonghen just before the half hour mark.

More Lino brilliance almost led to Gil Vicente’s second, his disguised through ball picking out Talocha but the full-back was foiled by Vlachodimos. The Greek goalkeeper’s form continued to prevent Soares’ side from stretching their lead in the second half too, Antoine Leautey and Talocha once again kept out after the break.

In the 64th minute though Gil Vicente got their deserved second goal. Pedrinho again was the supplier, his corner headed home by substitute Giorgi Aburjania.

Gil Vicente survived a late rally from Benfica including a consolation goal from Gonçalo Ramos, but ultimately held out to repeat last season’s history with another famous Lisbon win.

As ever, a team of Gil Vicente’s size means as well as dreaming of qualifying for Europe, a major objective for the short term will be doing their best to keep hold of the talent that has got them to this position. The aforementioned Samuel Lino has reportedly agreed to join giants Atlético Madrid this summer, while Soares himself ironically has been linked with taking over at Benfica, who may be in a crisis currently but represents an incredible testament to the work that the manager is doing this year.

Throwing Ricardo Soares’ name into the Benfica manager’s hat would have seemed a fanciful notion a few seasons ago. Right now, he could find himself towards the very top of their shortlist.