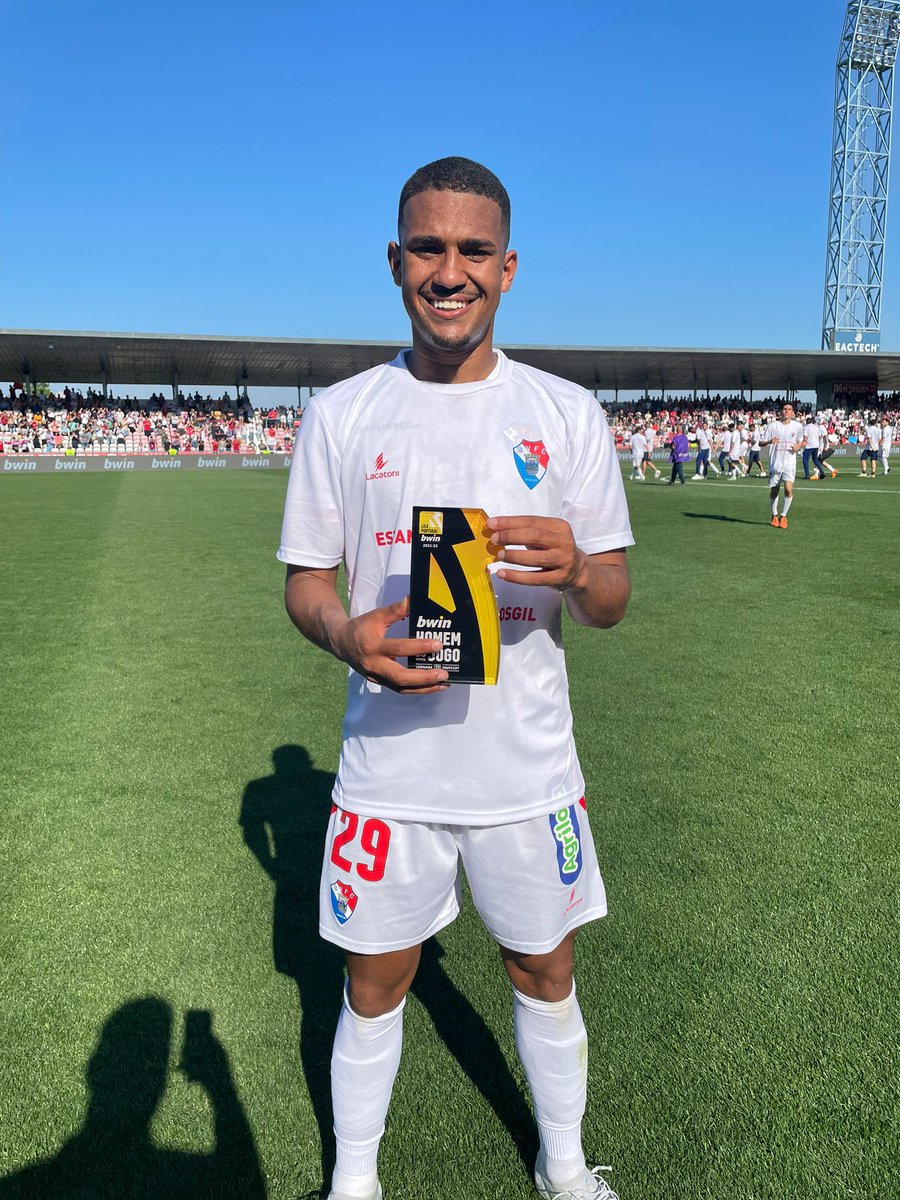 The penultimate round of Liga Bwin action saw Porto officially crowned as league champions after a late win away at rivals Benfica. Defending champions Sporting relinquish their title despite following up the Clássico with victory at Portimonense.

The relegation battle is now also somewhat wrapped up with the bottom three confirmed, albeit in which order the trio will finish and with it who the playoff reprieve will go to remains to be seen.

Another matter that closed was Gil Vicente’s confirmation of finishing in 5th place, a remarkable achievement secured in a large part due to the outstanding form of attacker Samuel Lino, who once more starred in a victory over Tondela to cap magnificent campaigns for player and team and earns the PortuGOAL Figure of the Week title to boot.

Gil Vicente snapped up Samuel Dias Lino from his native Brazil back in 2019, the forward then still raw and unproven although he had spent time in Flamengo’s youth system. After playing a peripheral figure initially it was the campaign that followed his first in which he had something of a breakthrough, showing glimpses of his potential and featuring for the first team at a far more regular rate.

It has been 2021/22 however that has seen Lino take his game to new heights, along with his team in general who have arguably overachieved in Liga Bwin. His manager Ricardo Soares has managed to get the best out of the Brazilian, largely in the sense that he has decided to almost exclusively use Lino on the left-hand side of a 4-3-3, despite the player having experience leading the line centrally and perhaps as a result not had as much consistency to what has been asked of him previously.

Out on the flank has suited Lino due to his excellent technical ability and close control on the ball, as well as a natural tendency to drift to those central areas he has previously occupied. He has the numbers to back it up too, reaching double figures for goals having formed superb partnerships with the likes of midfield fulcrums Kanya Fujimoto and Pedrinho. Lino has also benefited from having a deadly “number nine” to supply too, Spaniard Fran Navarro completing what has been one of the finest attacking quartets in Portugal this season.

Gil Vicente’s form has stuttered in recent weeks as they looked to make their European dream a reality and still needed points to get over the line when they hosted relegation-embattled Tondela on Sunday afternoon.

The first half saw Gil Vicente mostly on top as VAR proved both their foe and friend, first ruling out an early opening goal for Navarro before intervening to upgrade Tondela’s Marcelo Alves’ yellow card to a red for hauling down Pedrinho.

The second period was only eleven minutes old before the home team made their numerical player advantage count and Lino played his part, picking out Pedrinho with a precise pass before Fujimoto ultimately clipped a delicate finish over Pedro Trigueira.

Six minutes later it was 2-0 as Lino got himself on the scoresheet, and once more he was involved in the buildup, collecting João Talocha’s header smartly before moving the ball onto Fujimoto. The Japanese then picked out Lino’s run in behind before the winger coolly stroked a finish past Trigueira and into the corner.

Lino’s finish had a whiff of Thierry Henry about it and he showed his deadly eye once again in the 76th minute to wrap up the three points. Pedrinho was again the architect, his low cross controlled well by Lino before rolling in a shot at the near post.

Two composed finishes for Lino which is emblematic of the increased confidence he has played with this season, and goals that ensured Gil Vicente capped their fantastic campaign by qualifying for Europe.

If the gossip columns are to be believed Lino could soon find himself as an Atlético Madrid player, a quite remarkable rise for the 22 year old and indicative of the quite enormous progression he has made in Portugal this season. Even if Gil Vicente’s European dream has been achieved, it likely won’t be enough to tie Lino down at the club, such is the talent that this young player possesses.