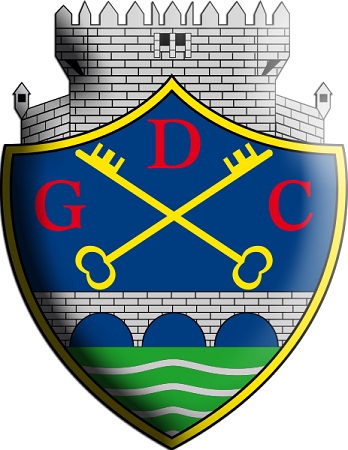 The picturesque and mountainous Trás-os-Montes region in the north-eastern corner of Portugal, as its name which translates into “Beyond the Mountains” suggests, has the feel of being cut off from the rest of the country.

The city of Chaves is nestled in the hills a few kilometres from the border with Spain. Unlike so many other places in Portugal, when any of the Big Three of Benfica, Porto or Sporting roll into town, their accompanying fans do not outnumber the local supporters, who are fiercely proud of their football team. Around half of the town’s population of 20,000 regularly fill the snappily named Estadio Municipal Engenheiro Manuel Branco Teixeira to capacity.

Founded in 1949, Chaves enjoyed its most successful period from the mid-1980s into the 90s when it was a mainstay in the Primeira Liga, even making it to Europe in 1987/88, beating Romanian outfit Universitatea Craiova in the first round of the UEFA Cup before falling to the Hungarians of Honved.

The new millennium signalled a change of fortunes. A decline saw Chaves tumble into the semi-professional leagues and it was close to bankruptcy in 2011, before a happy sequence of events reversed the club’s downward trajectory. Local businessman Francisco Carvalho won the euro millions lottery and subsequently stepped in to save the day, making his son Bruno Carvalho the president (not to be confused with the former Sporting president Bruno de Carvalho).

The family energetically focused on a range of initiatives to re-infuse the local supporter base: improving the stadium facilities, promoting shirt sales, holding open training sessions and even organising masses in the Parish Church in honour of the club’s defunct founders, directors and members. Whether by divine intervention or through sheer hard work, things soon improved.

The club worked its way back up the Portuguese football pyramid and after a 17-year hiatus outside of Portugal’s top division, GD de Chaves won promotion back into the big time in 2016/17, finishing as high as sixth in their second season back, before suffering relegation the following campaign. In 2021/22 Chaves bounced back, and are currently playing in the Portugal’s top division for the 17th time.

For a completely different experience to watching football in Portugal’s major cities or more populated areas, while losing none of the passion with which the sport is imbibed by the fans, a trip to Chaves is highly recommended.

Where is Chaves? Chaves is located 10 km south of Portugal’s northern border with Spain in the district of Vila Real. It is around 150km northeast of Porto. The nearest international airport is Porto Airport (Aeroporto Francisco Sá Carneiro)

How to get there: Coaches from Porto run regularly. Hiring a car is a good option if you have time to explore the north of Portugal.

Curiosity: Cristiano Ronaldo made his Portugal debut in this stadium in a friendly match versus Kazakhstan on 20/08/2003

Brilliant, thank you Tom. is there a similar sketch for my beloved but languishing Marítimo?

Thanks Ricardo. Absolutely. Marítimo, Funchal and Madeira will be one of the highlights of this series for sure.