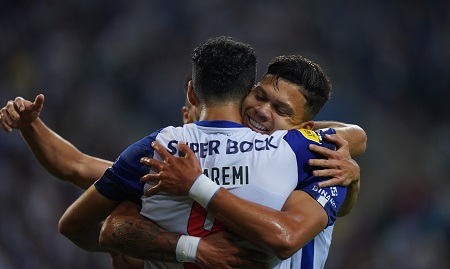 Porto put their disappointing Champions League defeat behind them after beating Chaves 3-0 at Estádio do Dragão. Mehdi Taremi headed home the opening goal in the 5th minute when João Mário’s cross was diverted into his direction.

The Dragons were unable to extend their lead until the 70th minute when Steven Vitória’s error allowed Taremi to race clear and set up Evanilson. Paulo Vítor gifted the Dragons another cheap goal 10 minutes later, his failed clearance ricocheting into the goal off André Franco.

Porto got off to a great start at the Dragão and took the lead in the 5th minute. João Mário’s cross was headed into the air by Steven Vitória, an unmarked Mehdi Taremi nodding the ball past Paulo Vítor.

Galeno cut inside from the left wing and forced a save from Vítor before Chaves fashioned their first chance in the 20th minute. João Correia whipped the ball into the box but Héctor Hernández was unable to get enough purchase on his header.

Galeno saw another shot saved but Sergio Conceição's side were not turning their dominance into opportunities.

Chaves created the final two chances of the half, Hernández unable to connect on another cross from Correia and João Teixeira’s low drive fizzing past the post.

Toni Martínez had the first opprtunity of the second half after Taremi had broken clear, the Spanish striker seeing his shot blocked.

Porto continued to be wasteful before Taremi had a great chance from close range, Nélson Monte up to the task by providing a crucial block.

Chaves’ resistance was broken in the 70th minute when they shot themselves in the foot. Singh passed the ball back to Steven Vitória, the centre back making a schoolboy error by allowing Taremi to steal the ball and surge clear, laying it off to Evanilson who finished into an empty net.

It was a ridiculous goal to concede but the visitors were not done with the howlers, gifting Porto another goal in the 80th minute.

Gabriel Veron had been on the pitch for five minutes after replacing Galeno, his cross looking harmless enough before Vítor’s comical clearance attempt succeeded only in diverting the ball off Franco and into the net.

Porto turn their attention back to the Champions League 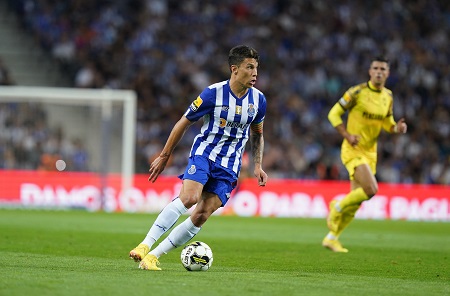 Porto were unlucky to lose 2-1 at Atlético Madrid on Wednesday, their third straight away game which included a 3-1 defeat at Rio Ave. Returning home for a game against a depleted Chaves was just what the doctor ordered.

They were unsurprisingly the superior team but the 3-0 margin was flattering. The Dragons continually wasted chances and their final two goals were gifts from the promoted club.

Regardless, there were enough positives including another strong game from Stephen Eustaquio. Mehdi Taremi put the disappointment of his sending off behind him with a goal, assist and man of the match award.

Sérgio Conceição made four changes to the side that lost 2-1 in Madrid, Wendell, Fábio Cardoso, João Mário and Toni Martínez coming in for Zaidu Sanusi, Pepe, Otávio and Evanilson. Cardoso will be better for the run and provides Conceição with another option in central defence.

Otávio’s rib injury sustained in the Spanish capital will see him out until the conclusion of the international break. He is a big loss but Marko Grujic was an unused substitute against Chaves and Wilson Manafá played in Porto B’s 1-0 win against Mafra, the right-back gaining some much needed match time after being out for almost nine months with a serious knee injury.

Porto can enjoy come home comforts before host Club Brugge at the Dragão on Tuesday.

Chaves came to Porto on a four game unbeaten run which included the shock 2-0 win against Sporting CP in Lisbon. They competed well at the Dragão which will send their sizeable travelling support home happy despite the defeat.

They created two decent chances in the first half, carbon copies of each other with Héctor Hernández unable to head João Correia’s crosses on target. Vítor Campelos and side side will be moving on from this defeat as soon as possible.

He tried to remain positive about it, saying “It's a sign that we have the ability to help players evolve. Of course it's the result of their work, we only give our ideas and they do us the favour of believing in them. I have to be very happy for Batxi and Kevin who are fantastic kids and have great potential”.

Regardless, their losses are big blows for the Trás-os-Montes club, especially after they came too late for the funds to be invested in replacements.

By Matthew Marshall at Estádio Do Dragão.