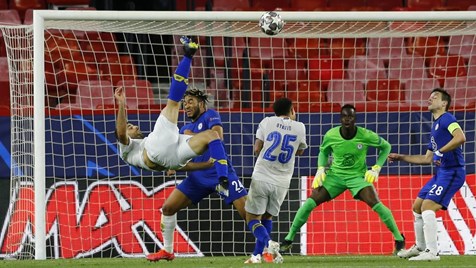 In the first of a series of articles focusing on footballers playing in Portugal’s Primeira Liga who could make a name for themselves in front of a global audience in Qatar, PortuGOAL profiles Iran striker Mehdi Taremi.

The centre-forward has been outstanding ever since landing in Portugal, first at Rio Ave, then for FC Porto, proving an authentic scourge for opposition defences up and down the country, and also all over the continent in the Champions League.

Mehdi Taremi’s journey to becoming Iran’s star striker has been a rollercoaster ride with several twists and turns along the way. His time in Portugal, however, has been a direct path to the top. Now delivering in the Champions League for Porto, Taremi is without doubt one of the best strikers in Europe and certainly capable of making a splash on the global stage at the World Cup in Qatar.

At a young age Taremi was considered one of the most exciting talents in Iran. He was top scorer in the Persian Gulf Pro League on two occasions, first in the 2015/16 season which put him on the radar of the major European leagues. Turkish side Caykur Rizespor signed him ready for the 2016/17 season but Taremi wanted to stay close to home and refused the move despite signing a contract. As a result FIFA banned him from playing for 4 months. In spite of this, Taremi would once again be top goalscorer for Persepolis.

At this point the 2018 World Cup in Russia was looming and so a move to Qatari side Al Gahrafah for 18 months would boost Taremi’s profile and earn him a place in Team Melli’s World Cup squad. It was not a dream tournament for Taremi who missed a massive chance late on against Portugal that would have seen Iran into the knockout stage for the first time in their history. His goalscoring form at club level however was still prolific and when Rio Ave came a knocking Taremi took the opportunity to play in one of Europe’s top leagues.

18 goals in 30 games in his debut season in the Portuguese League not only fired Rio Ave into the Europa League, but also earned Taremi a transfer to Porto and an opportunity to play in the Champions League.

He has not looked back, consistently scoring in the league and in Europe. He scored the Champions League goal of the season in 2021, an incredible bicycle kick from the edge of the box against Chelsea (pictured above). He was the top goalscorer in Portugal in Porto’s title winning season last year and now has 60 goals and 38 assists in 109 appearances in the Primeira Liga.

Under Sérgio Conceição, Taremi plays as part of a striking duo which has vastly improved his overall play, the Iranian often dropping deep and linking play effectively, without denting his ability to be in the right place when it comes to putting the ball in the net. His overall goal contributions have improved season on season.

Despite all his success at club level Taremi, whilst consistently scoring for Iran, fell out with the then coach Dragan Skokic and was frozen out of the team for a period during their qualifiers for the Qatar World Cup. The pair eventually settled their differences and Taremi returned to the team but under new manager Carlos Queiroz there is no risk of Taremi not being a key player for Iran.

As a striker Taremi has proven to be a lethal finisher, an instinctive poacher, an intelligent creator and a tireless worker. Perhaps his age (30 years old) has stopped him from taking that next step to an elite Champions League level club, though there has been the odd rumour. Regardless, the Portuguese league is lucky to have a player of such outstanding quality and it would be no surprise to see him score a goal or two in Qatar.