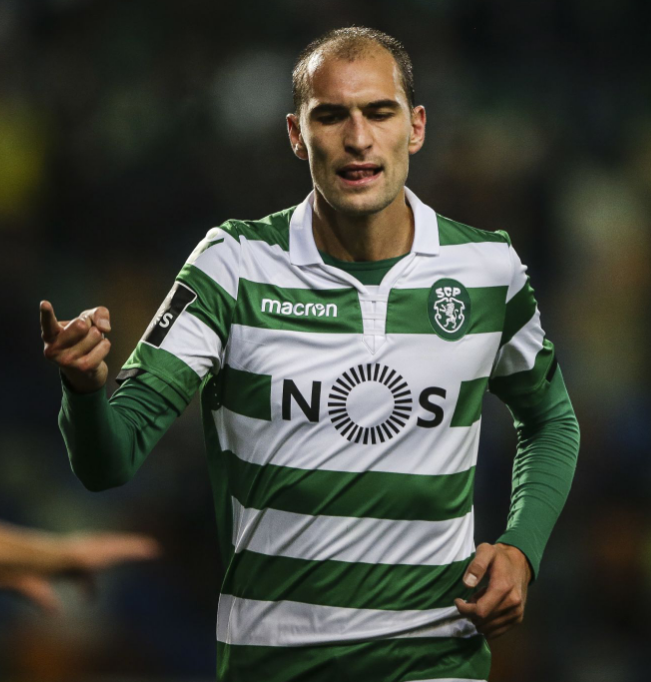 Liga NOS is finely poised as the league pauses again for another international break, Jornada 10 providing some nail-biting matches as most came down to fine margins. Nacional edged Marítimo in the Madeira derby, Aves shocked high-flying Rio Ave, while Porto maintained top spot with a late Tiquinho Soares goal proving the difference between themselves and fellow title challengers Braga.

Another keenly-contested encounter featured the subject of this edition of Figure of the Week, as Dutch striker Bas Dost was back to doing what he does best to help Sporting to a tight victory over Chaves.

Sunday’s encounter at Estádio José Alvalade proved quite an emotional send-off for interim coach Tiago Fernandes, who experienced a memorable, if brief run in charge of the team after José Peseiro’s sacking last week. Sporting followed up Thursday night’s impressive draw away at Arsenal with a workmanlike three points against Daniel Ramos’ struggling Chaves, and it was the Lions’ ever-reliable Dutch striker Dost who was mostly to thank.

It’s been a difficult few months for Dost, “rejoining” Sporting in the summer after his well documented temporary separation from the club. After impressing on the opening day of the league season, he was set back in the following match with a hamstring that kept him out for nearly two months.

After sensibly being gradually reintroduced to the team, Dost showed on Sunday how effective he can be in leading the line, and while his overall contributions to the game can often seem statistically minimal, he is more often than not decisive in the final outcome. Dost’s movement and first touch have improved considerably since arriving in Lisbon in 2016, while his deadliness in front of goal remains as sharp as since his Wolfsburg days.

Chaves must be sick of the sight of Dost, the Dutchman having netted hat-tricks in each of the previous two fixtures between the sides in Lisbon, and he was off and running again in the 23rd minute. Dost met Marcos Acuna’s accurate cross to head in off the post to give the Lions the lead.

Sporting were far from their best in was not the most enthralling encounter, and looked to be dropping two points after their opponents equalised through a stunning Niltinho effort.

However the hosts ultimately claimed all 3 points with a hotly-contested penalty decision late on, as Chaves’ William was accused of bringing down Dost in the area. A really tough break for the away side, who will have felt even worse to see the Dutchman brilliantly roll his casual spot kick into the corner for his 5th Liga NOS goal of the season.

A vital victory for Sporting saw them claim 2nd place in the division, overtaking Braga to move two points behind leaders Porto. This is a good springboard from which newly-announced manager Marcel Keizer can build upon, as he takes official charge of the team from today, Monday 12 November.

A interesting talking point over the coming months will be the relationship between compatriots Dost and Keizer. Maintaining the form and happiness of a striker who now has 75 goals in 97 games for the club will be one of the new boss’s key tasks, but it looks like the striker is back in the groove ahead of a new dawn for Sporting.

I am a fan of Chaves - but what a terrible call on the penalty. The play was not even close to Dost. If they call that they should call all holding a player on corner kicks a penalty.