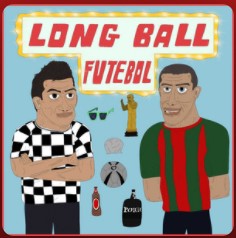 The Long Ball Futebol boys are back with another episode, and no better time to return than in the week Porto are crowned Portuguese champions! After 33 weeks of football, Porto get over the line with a 1-0 win against Benfica at the Estadio da Luz. Albert and Barney discuss all the action from the game itself including a debate on why big games in Portugal so often descend into unsavoury tactics.

Plus, the relegation battle is analysed. The bottom three are confirmed as Tondela, Moreirense and B-SAD, but who will get the slim lifeline of the relegation playoff place? Finally, Gil Vicente qualify for Europe for the first time in the club’s history after an incredible season.

Stay tuned over the next couple of weeks for our post season roundup, and the return of the Official Long Ball Futebol awards!

To listen the podcast click on the Play button below:

Related: Zaidu winner takes Porto to the title away to bitter rivals Benfica