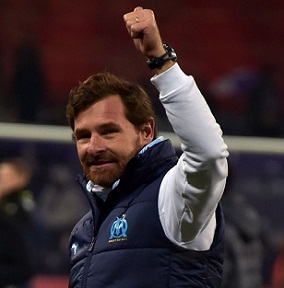 Rounding up the remaining action involving Portuguese across the world this weekend, the headline grabber remains Jorge Jesus, who sealed a league and continental double with Flamengo across two days as his side were confirmed Brazilian champions.

Elsewhere, Paulo Sousa overcame Leonardo Jardim in Ligue 1, while there were good wins for Paulo Fonseca’s Roma and André Villas-Boas’ Marseille. However, there was bad news for José Morais and Vítor Pereira in Asia and Marco Silva suffered a damaging defeat in England. On the player front, Tiago Djaló shined in Lille’s defeat to PSG and there were doubles for Flávio Paixão in Poland and Tiago Rodrigues in Bulgaria.

First to Brazil, where Flamengo’s victory in the Copa Libertadores final on Saturday was followed by their confirmation as league champions the following afternoon. Outgoing champions Palmeiras were beaten 2-1 at home by Gremio, leaving Jesus’ side 13 points ahead with four matches left to play.

The triumph represents a remarkable impact on Brasileirão by the Portuguese coach. When Jesus arrived in Rio de Janeiro in June, Flamengo trailed Palmeiras by eight points, but a 21-match unbeaten run has seen them storm to their first championship in ten years and only their third since the early 1980s. With the title sewn up, Mengão can now allow more time to focus on the upcoming Fifa Club World Cup in Qatar.

Mixed fortunes in France this weekend, but Paulo Sousa and André Villas-Boas are riding high in Ligue 1 after good victories. Paulo Sousa’s Bordeaux are up to 4th after beating Leonardo Jardim’s Monaco, while for Marseille a 2-0 win at Toulouse on Sunday evening maintained their position behind PSG in 2nd place. 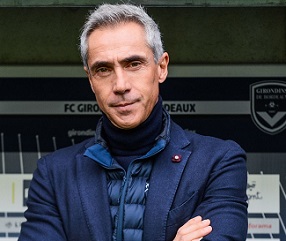 Bordeaux’s home win over Monaco was somewhat controversial, with the visitors receiving yet another red card in the game’s crucial moment. With the score level at 1-1 midway through the second half, Monaco goalscorer Islam Slimani was penalised for handball and sent off, as Bordeaux were awarded a penalty from which Nicolas de Preville got the winner.

After the match, Jardim lamented errors throughout the ninety minutes. “We started this match well, we had control of the game and we had the necessary intent to open the scoring. But then, we made too many mistakes, most often through lack of concentration. This sort of performance is costly at the highest level. When there is an international break, players can lose concentration, but this was missing to an abnormal level this afternoon. It was paid for dearly.”

Sousa was in better spirits, saying: "I am happy of course. All victories are important to us especially at a difficult time for us against a team with very strong players, with ambitions. I am happy because I have seen my players continue to keep our playing principle. Regardless of the difficulty and complexity of the game, they try to stay in our game principle, which is the path to victory.”

“We deserved the win” – AVB

André Villas-Boas’ Marseille are in fine form in Ligue 1, with three straight wins making it four wins from their last five matches – one defeat coming to PSG – and consolidating their place in 2nd. A 2-0 win over 10-man Toulouse on Sunday thanks to goals from Dario Benedetto and Nemanja Radonjic means Marseille remain a point ahead of 3rd placed Angers.

"Toulouse closed the game down a lot after the red card and it became complicated but I think we had a good game overall," Villas-Boas said. “I do not forget the decisive contribution of [goalkeeper] Mandanda before we opened the scoring. We knew that the first goal would be very important. We had a good game and the win is deserved.

"This victory keeps us a bit ahead of the others," says AVB. “We will play against Brest on Friday: if we win, it will put pressure on those chasing us, and the month of November can be very interesting for us. We want to keep this up until Christmas The next two games are crucial.”

Marco Silva suffered a potentially critical defeat in the Premier League this weekend as Everton went down to a surprise 2-0 loss at home to struggling Norwich on Saturday. The Toffees were booed off at Goodison Park having been beaten by a Norwich team which came into the game with one point from their previous seven matches.

“It was a difficult afternoon, very disappointing for all of us and our fans,” Silva told evertontv. "We have to respect all the reactions. I can imagine how [the fans] felt. The message is that I respect what they are feeling, for sure. 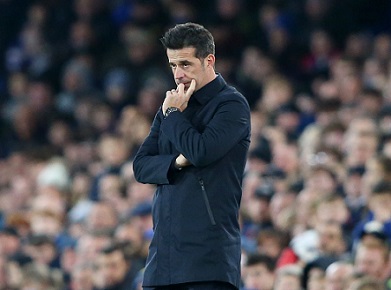 "But we have the confidence and we have to keep working really hard to avoid the type of mistakes we made this afternoon and be stronger to stay calm and take the right decisions. We did not perform at the level we should. The first half we did not play at the intensity or pace we should and did not have the mobility we needed on the pitch.”

Speculation has accelerated since the match that Silva could be set to lose his job. Everton are currently in 15th place, with 14 points from their thirteen games played.

“I had to raise my voice” – Fonseca

Roma scored three second-half goals to beat Brescia 3-0 in the Italian capital, and the Giallorossi’s Portuguese coach Paulo Fonseca admitted after the match that he was required to energise his team at half time. Goals from Chris Smalling, Gianluca Mancini and Edin Dzeko gave Fonseca’s men the three points, which see them up to 5th place in the Serie A standings.

“Sometimes you need to raise your voice. In the first half, we had space, but didn’t play with the right tempo, we were not aggressive enough, so we had to change that,” the former Porto boss told Sky Sport Italia.

“My approach depends on the situation. At times I get angry in the dressing room, at others I calmly explain to the players both collectively and individually what they need to do.

“We need to improve in every area. It’s true that we won 3-0 today and scored from set plays, but we had other situations where we could’ve had even more goals.”

In South Korea, a similar scenario for José Morais with Jeonbuk Motors. The defending champions travelled to league leaders Ulsan in the penultimate match of the KL-1 season needing a win to take their fortunes into their own hands. However, despite taking the lead Morais' men were held to a 1-1 draw and trail Ulsan by three points heading into next week’s final day.

GOALS: Paixão, Rodrigues at the double; Castro winner in Turkey 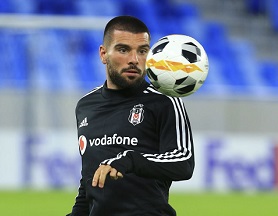 Flávio Paixão scored twice in Poland to help Lechia Gdansk to a 3-1 win over LKS Lodz. Veteran Portuguese Paixão, 35, had only scored one goal in the Ekstraklasa before the weekend but his brace helps Lechia stay in the top eight positions and therefore the championship round. In Bulgaria, former Porto midfielder Tiago Rodrigues also scored twice in CSKA Sofia’s 3-0 win at Botev Vratsa.

Finally to Turkey, where Goztepe won 1-0 at Alanyaspor thanks to a winner from ex-Porto and Olhanense midfielder Castro. The Super Lig is also home to another emerging positive story, with Pedro Rebocho enjoying a strong run in the Besiktas side at left-back, having taken time to find his feet since a summer move from Guingamp.