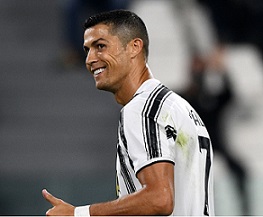 With the new football season fully underway in most European countries, the Portuguese contribution throughout the game is growing in accordance with the huge contingent of Luso players across the continent.

Hélder Costa and André Silva stole many of the headlines during the opening half of the weekend, but the theme of Portuguese goalscorers continued as the likes of Nani, Cristiano Ronaldo and William Carvalho joined a list totalling an astonishing 14 different goalscorers across a wide range of leagues.

Ronaldo’s goal for Juventus, in a comfortable 3-0 home win over Sampdoria on Sunday evening, felt inevitable given the goalscoring form of his compatriots. The Portugal captain rounded off the scoring with just a couple of minutes left on the clock with a precise low finish on his right foot after being played in on goal by Aaron Ramsey.

Without doubt the most eye-catching of the Portuguese goals this weekend was scored by William Carvalho, who found the net for the first time as a Real Betis player in La Liga on Sunday afternoon. Carvalho is in his third season with the Andalusian club, but had yet to open his account before a superb volley in a 2-0 victory over Real Valladolid.

Nani uses his head in MLS

The form of Seleção legend Nani in MLS has been a source of joy over recent months and the former Sporting winger scored a rare headed goal for Orlando City this weekend. The 33-year-old nodded in Christopher Mueller’s cross to put Orlando 2-0 up, while Nani also later added an assist as his side ran out 5-2 winners.

Nani was not the only Portuguese goalscorer in MLS, as midfielder Pedro Santos was on the scoresheet for Columbus Crew in a 2-0 win over Nashville SC. Santos, formerly of Braga, scored an impressive 11 goals from midfield for the Crew last term and has two goals to his name so far in the 2020 season.

Pedro Santos picks out the corner! 🎯#Crew96 with the breakthrough after 50 minutes. #CLBvNSH pic.twitter.com/y3itnKISTU

Flávio Paixão offered evidence that he is set to enjoy another age-defying season in Poland with two goals in Lechia Gdansk’s 4-2 victory over Stal Mielec in the Ekstraklasa. Paixão recently turned 36 but having scored 14 league goals for Lechia last term, the ex-Porto academy product appears likely to prove valuable for his team again this year. 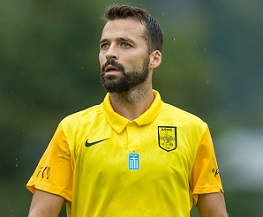 The rest: Bruno Gama in on the act..

Former Portugal youth sensation Bruno Gama scored the winning goal from the penalty spot for Aris in Greece as they won 1-0 at Volos, making it three goals in three games for Gama in all competitions so far this season.

In Switzerland, Nuno Henrique marked his debut for Grasshopper with a goal in their 3-2 opening day win over Winterthur in the Challenge League. Henrique, 21, who joined from Belenenses, is one of a number of Portuguese players at the second-tier club under recently-appointed coach João Pereira. In the same league, former Portugal U19 international Asumah Abubakar scored twice as Kriens beat Neuchatel Xamax.

Elsewhere, ex Belenenses man Dinis Almeida was on target for Lokomotiv Plovdiv in Bulgaria to help them to a 3-1 win at Eta; defender Kiko scored an 89th-minute winner for Omonia in Cyprus; Pedro Eugénio scored from the penalty spot for Zhetysu in Kazakhstan as they won 2-0 at Taraz; Aldair Neto’s strike helped Pelister beat Belasica in North Macedonia.